View of the sanctuary at the Congregation, whose origins date back to 1884. Photo: Plachte-Zuieback Art Glass 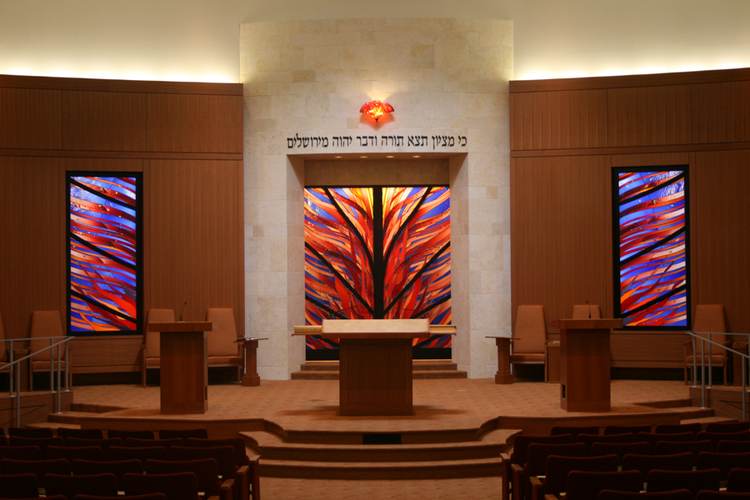 The former house of worship of the Congregation, the home of Greater Galilee Baptist Church since 1960. 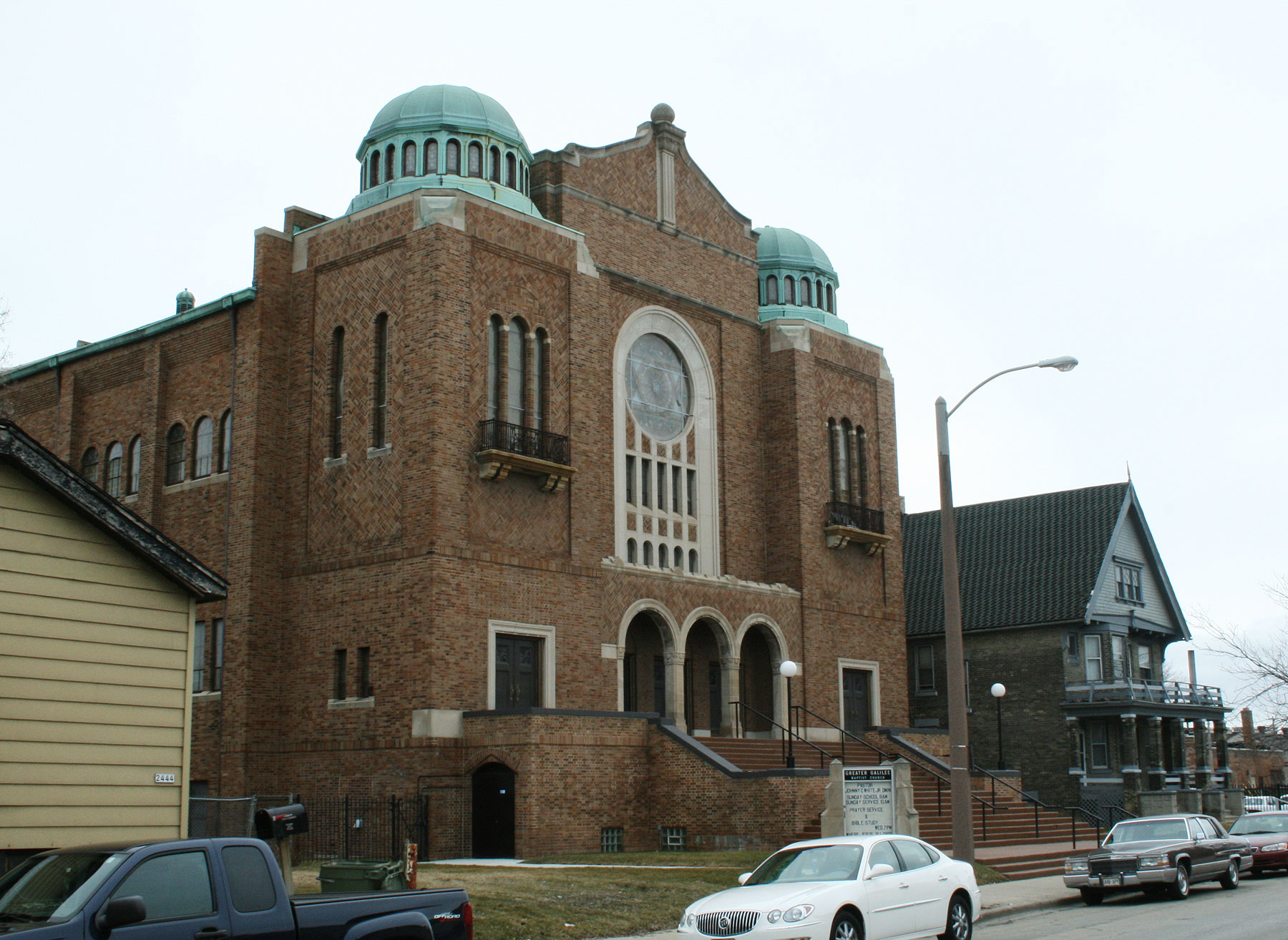 Congregation Beth Israel built its original house of worship on Tuetonia Avenue, what is now the Greater Galilee Baptist Church, in 1925. It is a large building designed in the Byzantine Revival style. By the time it was built, the Jewish community had grown significantly, especially the number of non-German Jews (German Jews were among the first Jews to arrive in the city). Therefore it was necessary to build a new, bigger synagogue to accommodate the growing community. Between the World Wars, the Congregation thrived, becoming the cultural and social center for Orthodox Judaism in the city. However by the 1950s, members began to shift from Orthodox to Conservative Judaism. This and other developments, such as the post-war population shifts of the neighborhood (i.e., the influx of African Americans into the neighborhood), prompted the Congregation to mov to its current location in Glendale in 1962 (it sold the building in 1959 and moved out a year later, after which point the Congregation met in the East Side Hebrew School).