Falling Spring is one building in the complex known as Morgan's Grove, completed in 1837. Morgan's Grove was settled by Richard Morgan in 1730, with Richard's grandson Jacob Morgan constructing Falling Spring in 1837. His eldest son, William Morgan, inherited Falling Spring and served in the 1st Virginia Cavalry during the Civil War. The property was the site of several community changes after the Civil War, including a railroad station and community agricultural fair. The building remained in the Morgan family until 1904, when it was sold to Dr. M. H. Crawford. It was be added to the National Register of Historic Places in 1988. 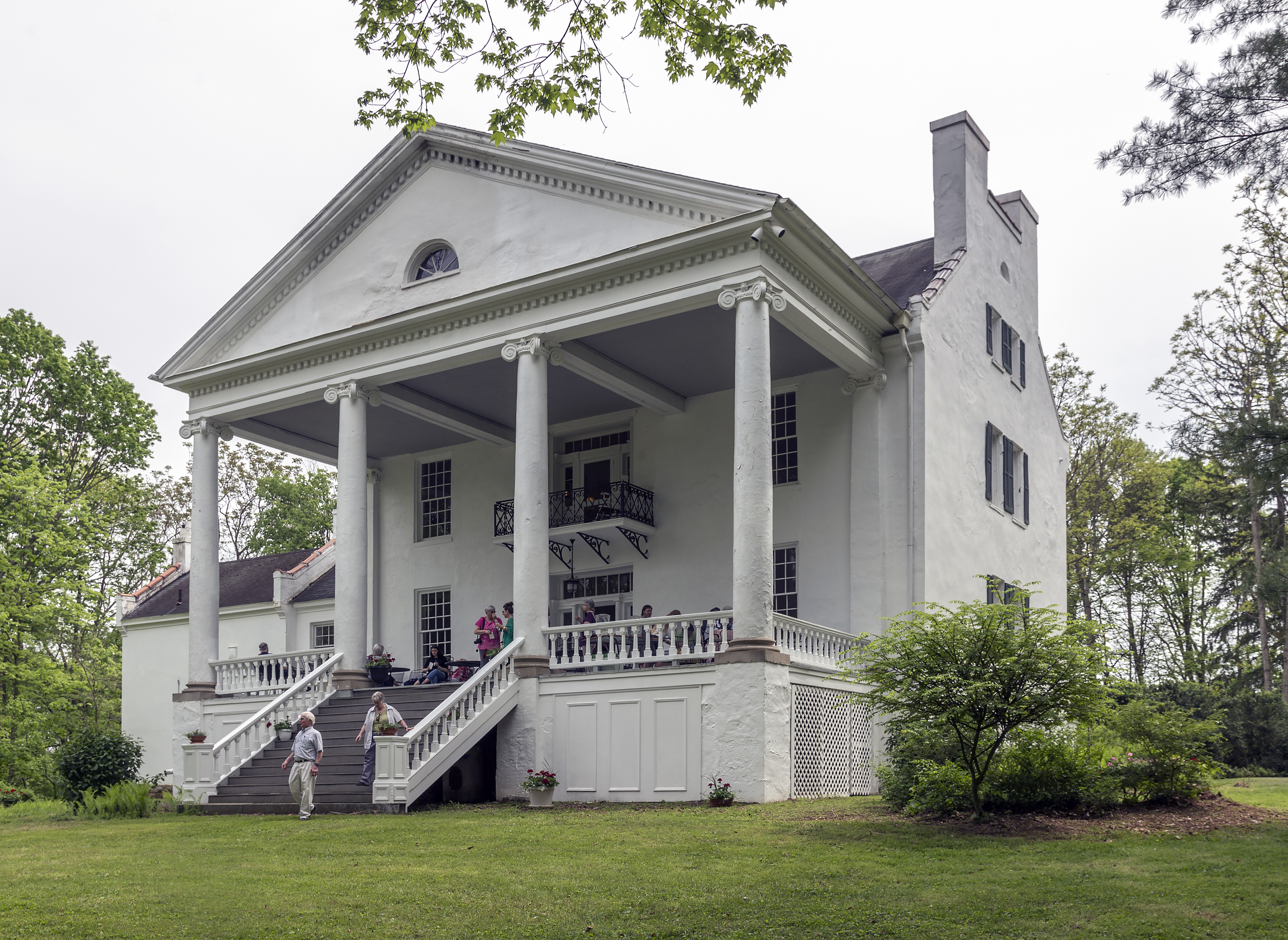 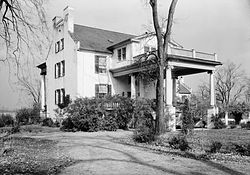 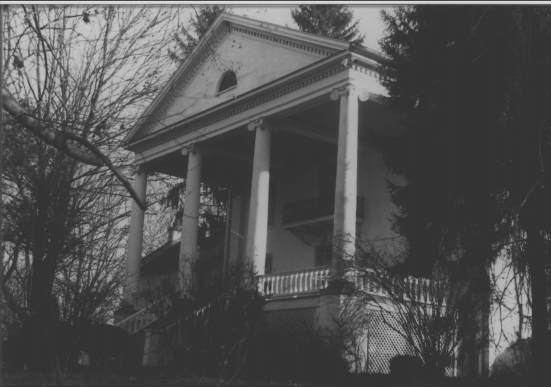 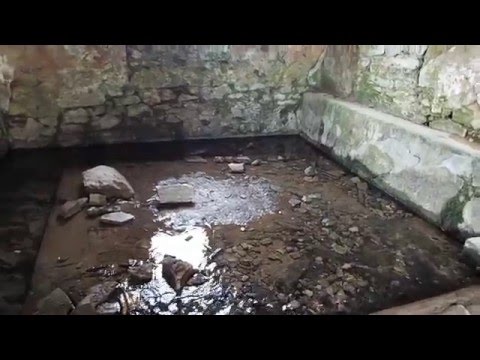 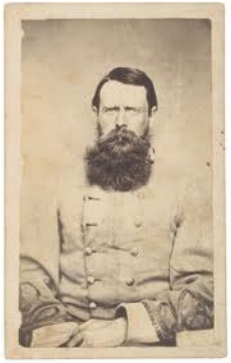 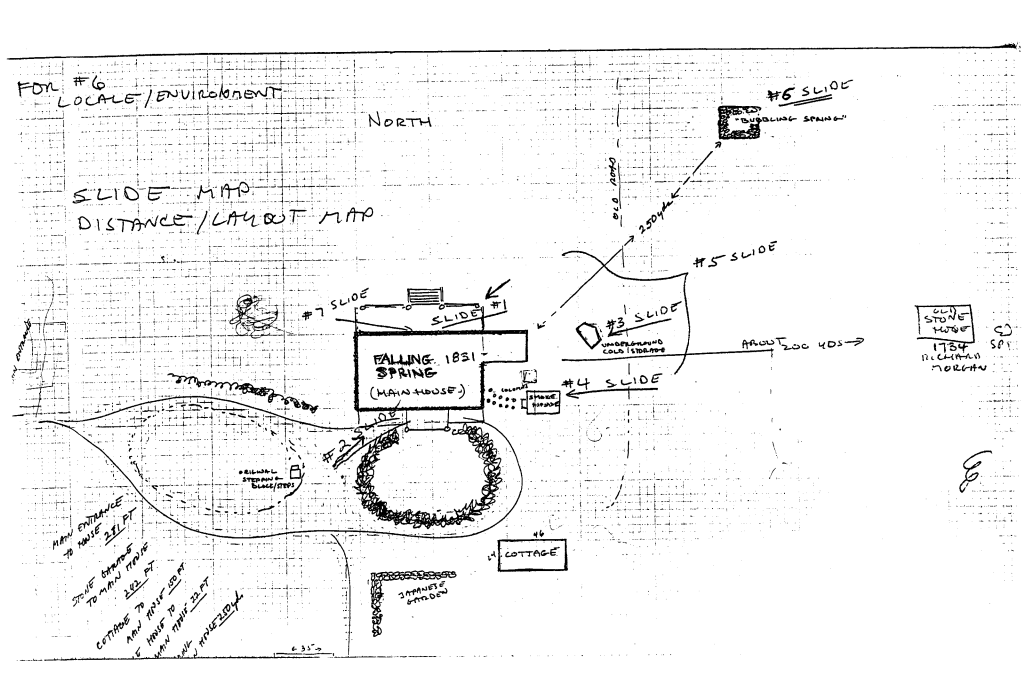 Richard Morgan’s grandson, Jacob Morgan, built Falling Spring by 1837. Before settling here, he was a merchant in Alexandria, VA and owned several trading vessels. Both of Morgan’s wives, Anne Harris Thompson who he married in 1812 (died 1816) and Mary Jaquelin Smith who he married in 1826, were from Alexandria and Jacob Morgan was listed on the 1820 census as living in that city. When Jacob Morgan returned to the Shepherdstown area he built the new house close to his grandfather’s original home, became involved in local politics, and was a farmer that owned seven slaves.

Falling Spring is a 2.5-story brick and limestone structure covered in white stucco. The house has a total of four floors of rooms. On the north side, fourteen-foot-wide stairs lead to a large porch. Ionic pillars hold up a triangular pediment with a lunette and a second-floor balcony is also sheltered under the porch roof. A second porch on the south side also features Ionic columns. The main structure is constructed in the Federal style, but the two porches give Falling Spring a Neo-Classical Revival appearance.

After Jacob Morgan died in 1855, his eldest son William inherited Falling Spring. William A. Morgan served in the Confederate cavalry for the duration of the Civil War. He enlisted in 1861 in Company F in the 1st Virginia Cavalry. Known as the “Shepherdstown Troop” the company had been in existence before the war and had responded to John Brown’s Raid on Harpers Ferry in 1859. After the company was mustered in to Confederate service William Morgan was elected captain of the company and he was promoted through the ranks to Colonel by the end of the war. The 1st Virginia was engaged in every major campaign with the Army of Northern Virginia from First Manassas to Appomattox. At Appomattox Morgan and his men decided to break away and not surrender with the rest of Robert E. Lee’s army. Instead, the disbanded at Lynchburg and were paroled in Winchester on April 21, 1865. After the war, William Morgan served as a delegate to the constitutional convention for West Virginia and as deputy Sheriff for Jefferson County. He also started the Ashby Memorial Association after the war.

After William Morgan died in 1899, Falling Spring was sold out of the family to Dr. M. H. Crawford. The Crawfords added the Japanese garden before they sold the house to Dr. G. Morrison in 1927. After this, the house went through several owners, some of the later owners making alterations to the structure.

The individual Falling Springs National Register of Historic Places nomination includes the brick home, two springs, and the home’s dependences. Morgan’s Spring is covered by an old stone springhouse and the Bubbling Spring is within the remaining foundation of what used to be a springhouse. The dependencies include a meat house, Japanese Garden, garage, and cottage. The individual listing for Falling Spring also includes the original Richard Morgan Old Stone House nearby.

The larger Historic District includes the area between Falling Spring and Route 480. Starting in the 1840s Route 480 was the Shepherdstown to Smithfield Turnpike and a toll house was built near the intersection of 480 and Morgan’s Grove Road. The toll road operated from the 1840s to the early 1900s and the building functioned as a toll house and residence for the toll keeper until the 1950s when the house became a private residence. The building no longer stands, but the foundations remain. In the 1870s the Shenandoah Valley Railroad built a route through West Virginia and it went through the Morgan property. A small rail station was constructed where Morgan’s Grove Road (built sometime between 1809 and 1852) and the train tracks intersected. These additions caused many of the original farm lanes to the Morgan houses to be rerouted off of Morgan’s Grove Road instead of 480 to avoid multiple private crossings over the tracks.

Starting in 1885 a Shepherdstown organization wanted to hold an agricultural, mechanical, and livestock exhibition, a popular trend of entertainment in the period. Col. William Morgan offered his property as the location for the first fair in September 1885. The fair on Morgan’s property became an annual affair that thousands of people attended. The railroad built an additional switch to the fairgrounds and sold excursion tickets to fairgoers. In 1889 the Morgan’s Grove Agricultural Association bought the neighboring Fountain Rock property and moved the fair ground buildings there, although the fairs typically also used Derr Field still owned by Morgan. The fairs ran from 1885 to 1931, after which they were no longer community-run and started to fail (also due to the impact of the Depression).

In 1932 the Pack Horse Ford Chapter of the Daughters of the Revolution erected a monument to commemorate the Bee Line March. Originally the monument stood on Route 480 near the 1730s entrance to Falling Spring, the nearest access point to the spring where the men rendezvoused and marched from in 1775. The monument has since been moved and is located near the entrance of Elmwood Cemetery just a short distance down 480 from the original spot.

Morgan's Grove Historic District covers the land once owned by early settler Richard Morgan and his family. The structures and property within the Historic District include history related to the colonial period, Revolutionary War, Civil War, and later transportation, literary and artistic, and community developments.