Located along the Ohio River east of downtown Louisville, Kentucky, stands an impressive piece of architecture: the Patriots Peace Memorial. This elevated brick monument can be seen sparkling in the sun as the light beams through the embedded glass plates in the memorial's four grey brick walls. Etched into the glass plates are names of the brave men and women who lost their lives in the line of duty in times of peace. 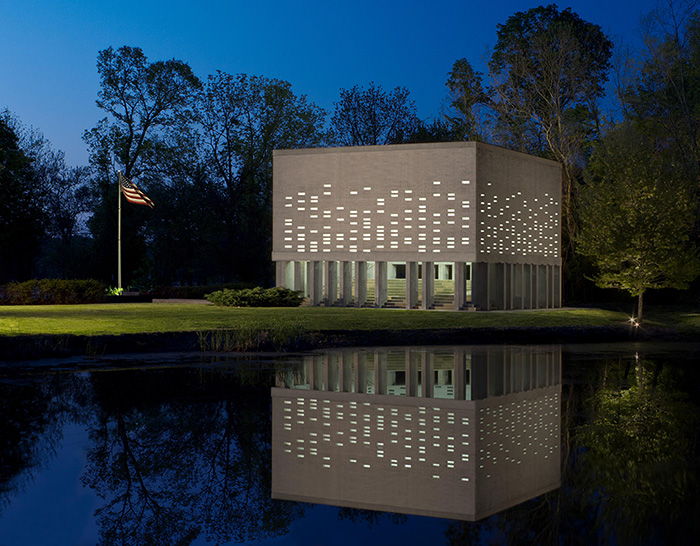 Inside of the Patriots Peace Memorial Photo by Stephen Cox on flickr.com 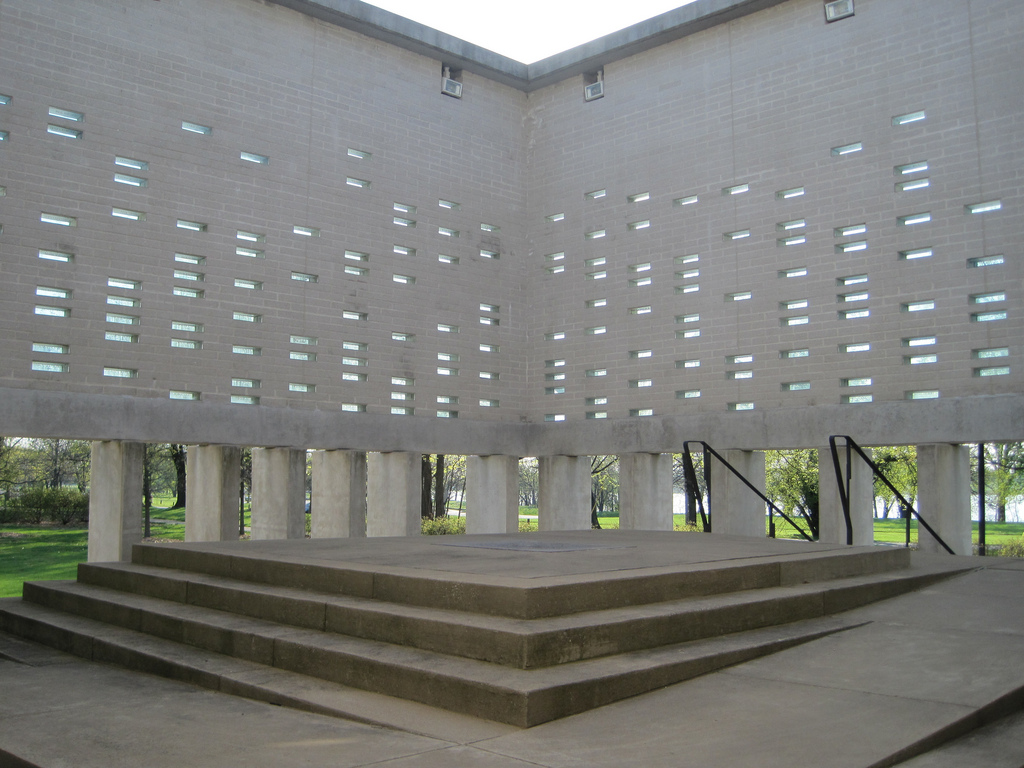 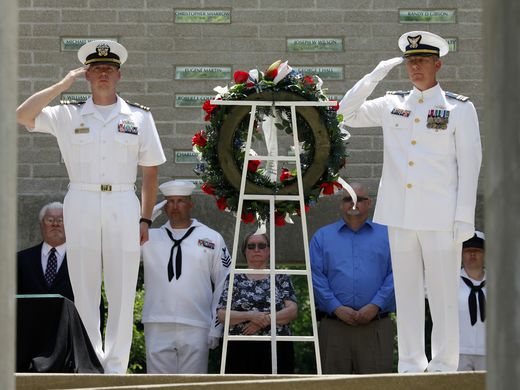 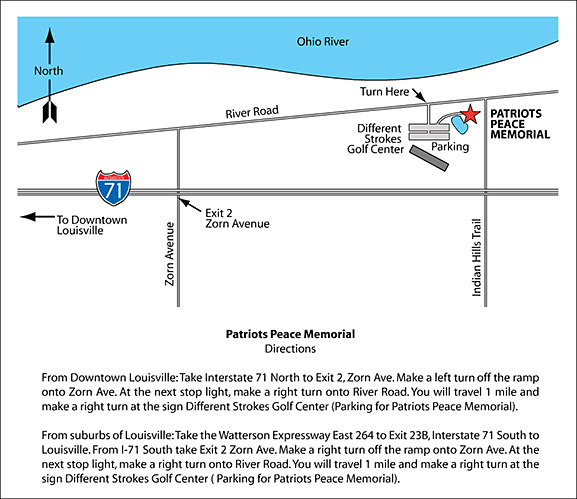 In the year 2000, a volunteer group of veterans, locals, and the family and friends of American patriots had a dream  to construct a monument that would commemorate the United States servicemen and women who died while serving their country in times of peace. The Patriots Peace Memorial was erected on Veterans Day in 2002 after two years of hard work, planning, and fundraising by the volunteer Patriots Peace committee, local organizations, and retired veterans and their friends and family members. In 2006, an American flag was added next to the memorial to further honor the fallen patriots who had stood for all that Old Glory represents.
The rectangular memorial itself is made out of solid, grey bricks and is supported and elevated by pillars. A visitor can walk inside of the memorial quite easily since the spaces between the pillars act as entrances. Once inside of the Patriots Peace Memorial, a guest can climb up several stairs on any side of the monument that lead to an elevated platform in the middle which provides a better view of the most important parts of the monument: the names of fallen patriots. Although this memorial is constructed of mostly brick, some of the blocks are made of glass and bear the names of patriots who have passed away while on duty. The names of the men and women are personally etched into the rectangular glass plates, and at the end of each year, more names of the fallen are added to be honored. There are over 400 name plates embedded in the memorial's walls.
Each year on Veterans Day, veterans, friends and family members of fallen patriots, and the general public are encouraged to attend the memorial ceremony that is held at the Patriots Peace Memorial at noon. To show support and gratitude, the Patriots Peace committee presents the glass plates to family members of fallen patriots and then add the bricks to the memorial. This monument can be seen sparkling as the light from the sun or the glimmer of the nearby pond radiates through the glass bricks, illuminating the names of the brave men and women who died serving the country in peacetime. Even though these soldiers never saw battle, they were ready at a moment's notice to fight for their country and this memorial honors these fallen heroes.