Charlotte Hawkins Brown founded the Alice Freeman Palmer Memorial Institute, commonly referred to as the Palmer Memorial Institute(PMI), as a mission school in 1902. Over the next fifty years as president, Dr. Brown built PMI into one of the preeminent schools for African Americans in the nation. The school closed in 1971 and the historic site opened in 1987. 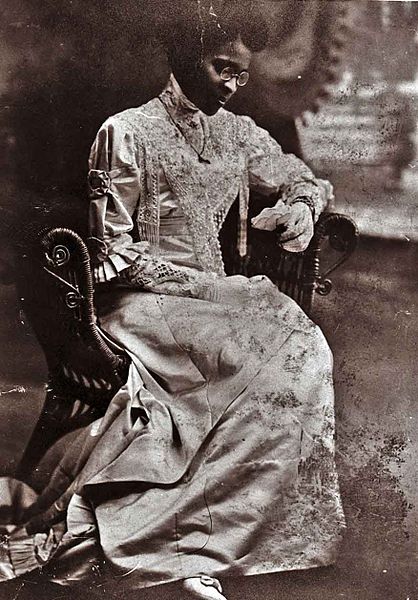 Galen Stone Hall- Named after the school's largest donor, it was the first brick dormitory on campus and was the dormitory for girls. 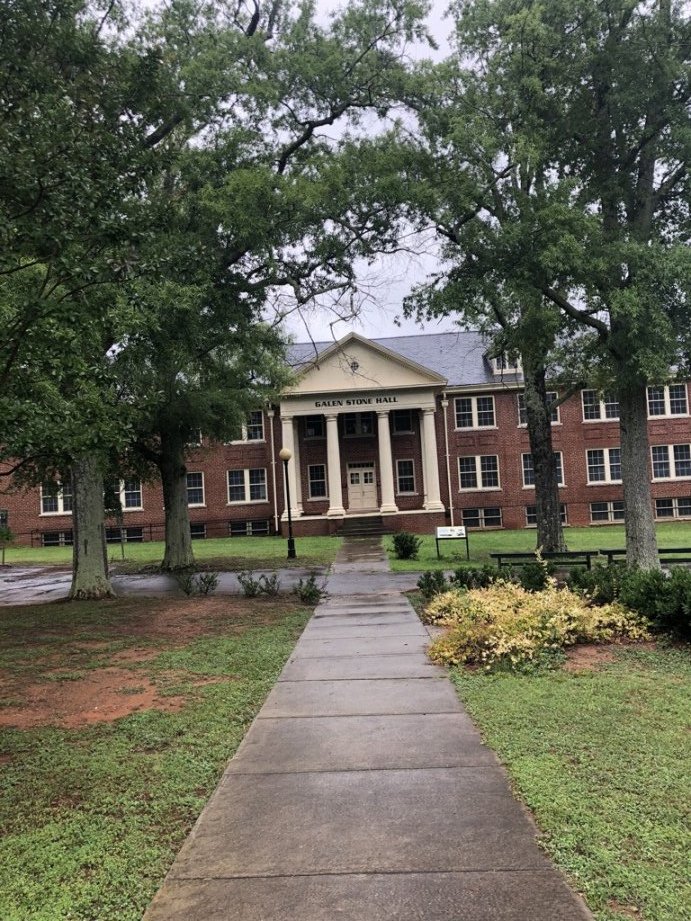 Kimball Hall- Served as the students dining hall. To teach proper etiquette, students were required to be on time(7:30am for breakfast, 6:00pm for dinner) and proper table manners were strictly observed. 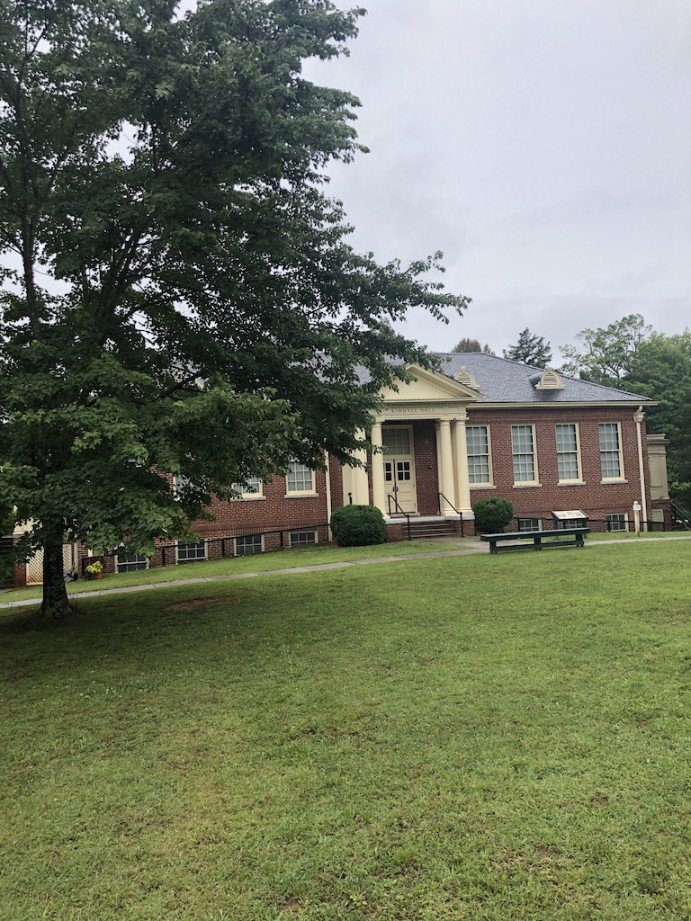 Charles W. Eliot Hall- Named after the longtime Harvard president who helped Dr.Brown secure funding for the school. Served as the boys dormitory. 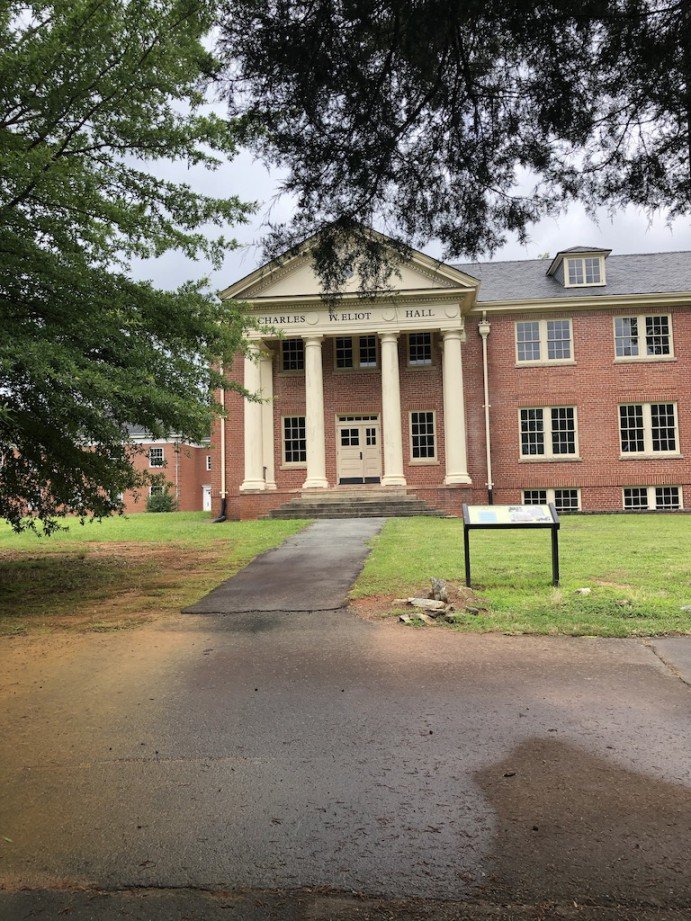 The view from the Meditation Altar where Charlotte Brown would pray before every day of school. 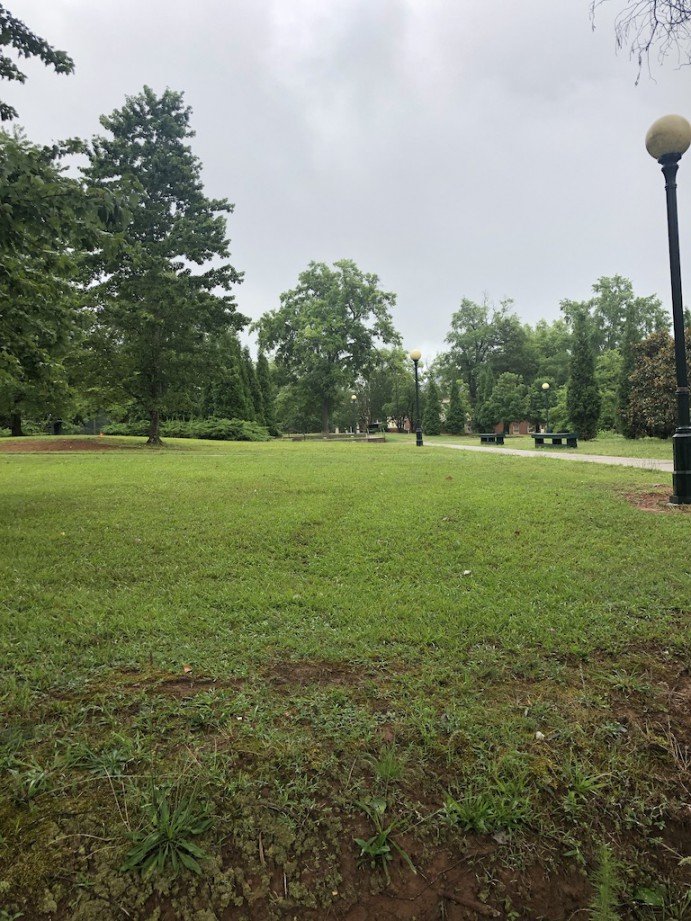 Charlotte Hawkins Brown's gravestone and inscription with her home in the background. 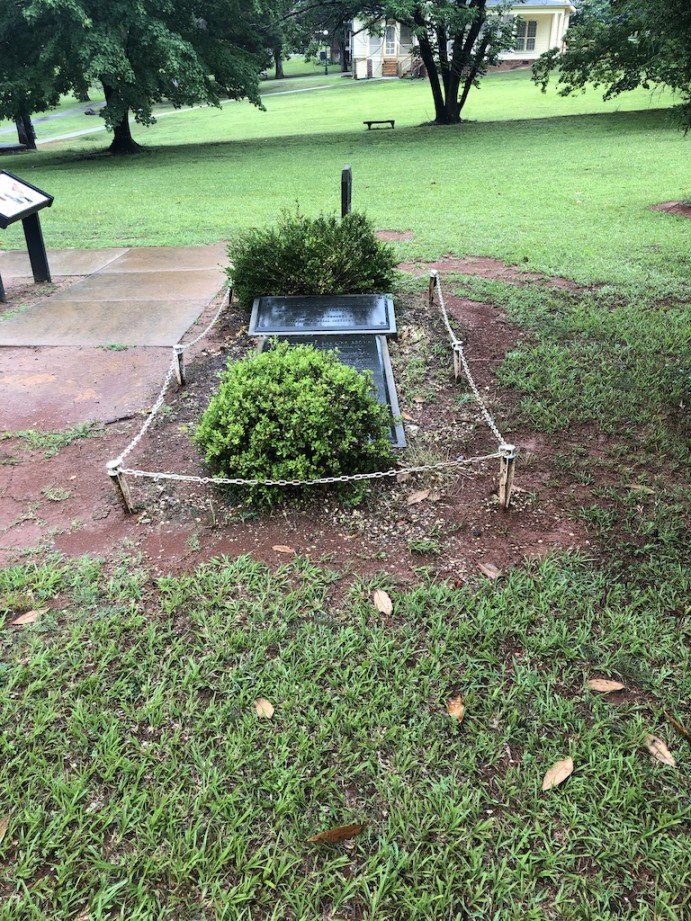 Charlotte Hawkins Brown was born in Henderson, NC in 1883. Her mother, Caroline Frances Hawkins, knew that opportunities would be limited for her daughter in the Jim Crow South, so they moved to Massachusetts when Charlotte was seven. When she was in high school, she met Alice Freeman Palmer, who would have an immense impact on her life. Palmer would insist on paying for her college expenses which allowed her to go to State Normal School in Salem, Massachusetts.

In 1901, Brown left Massachusetts to go back home to North Carolina to work at a school funded by the American Missionary Association(AMA). The AMA’s goal was to provide education for southern Blacks, who were otherwise receiving a very poor education, if any at all. In 1902, the AMA decided to pull funding and close the school but the community begged Charlotte to keep the school open. So at just nineteen years of age, Charlotte Hawkins Brown secured enough funding and opened the Palmer Memorial Institute in 1902.

What started as just a converted Blacksmith shop, the Palmer Memorial Institute, named after her mentor Alice Palmer, would grow to 360 acres of land and one of the preeminent boarding schools in the nation, attracting students from all across the United States. At the school's height, it included dorms for both boys and girls, a single teachers cottage, Dr. Brown’s home, a modern science lab, a dining hall, a gym, an athletic field, a bell tower, a tea house, and a large farm. In the early years of the school, it served children of all ages and focused on basic education and agriculture. But when a public school was opened down the street in the 1930s, Dr. Brown was able to shift the schools focus to college preparatory classes specializing in fine arts. In its nearly seventy years, the Palmer Memorial Institute would educate over 1000 African American students, many of who would go on to be educators themselves.

Years of financial troubles were confounded by a large fire that destroyed the main building on campus causing the school to shut down in 1971. The land was bought and sold by various groups over the next fifteen years but was never really utilized again. Until 1987 when the historic site was opened for the public. The Charlotte Hawkins Brown Museum includes a visitor center with a museum exhibit about the history of the school, Dr. Brown’s home including many pieces of original furniture, and about thirty acres of the original campus. A walking tour of the campus leads you past most of the original or renovated building with markers that provide additional information. Guided tours are available or you can explore the campus on your own.

The Charlotte Hawkins Brown Museum at Historic Palmer Memorial Institute is the first State Historical Site to honor the achievements of an African American and a woman. In the face of segregation and Jim Crow laws, the story of Charlotte Hawkins Brown and the Palmer Memorial Institute shows how one woman’s dedication to others and providing education can help to change the lives of so many people.