Greenville Hall was built in the early 1880s as the administration building for the St. Mary's Dominican Academy (a boarding school for girls), the predecessor to St. Mary's Dominican College, which in 1910 became the first Catholic college established for women in Louisiana. The property on which Greenville Hall and the surrounding buildings stand are now part of the Loyola University campus. The university purchased the property in 1984 to provide a new home for the law school. Greenville Hall, which is the oldest building on the property, was designed in the Italianate style which includes elements such as Venetian dormers, a cupola, and the overhanging roof. Greenville Hall is therefore significant for its architecture and association with the education of girls and women in New Orleans, a tradition that started with the Ursuline nuns in the 1700s.

Construction of Greenville Hall began in 1882 and it became the administration building for St. Mary's Dominican College. 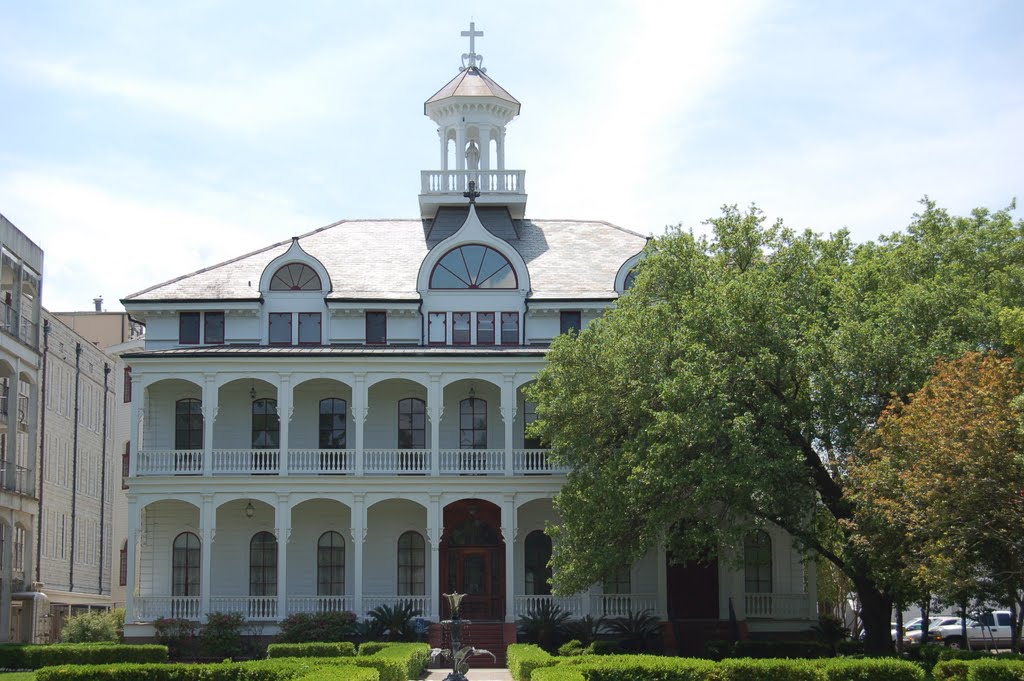 St. Mary's Dominican College's origins began in 1860 when the St. John's School for girls opened (at a different location on Dryades Street). A year later, it became the New Orleans Female Dominican Academy. In 1863, the name was changed again, this time to St. Mary's Dominican Academy and the school was now a boarding school. In January 1865, Mace Academy in Greenville, Jefferson Parish, bought the school and transferred its students here in April of that year. In 1908 the academy started a teacher training school. Two years later the Academy finally became a college and operated as such until 1984.