The Park View Historic Hotel stands prominently on the corner of Walnut Street and St. Charles Avenue. It was built between 1892-1896 as a guest house for visitors and families who came to New Orleans for an extended period of time. It is the last guest house built in New Orleans during the late 19th century to survive (there are other guest houses dating to this period but they were originally built as private residences). It was added to the National Register of Historic Places for its architecture and significance as the last original guest house in the city.

Park View Historic Hotel was designed in the Queen Anne style but features Eastlake and Colonial Revival elements as well. 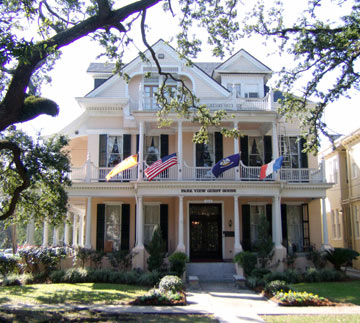 View of one of the guest rooms. 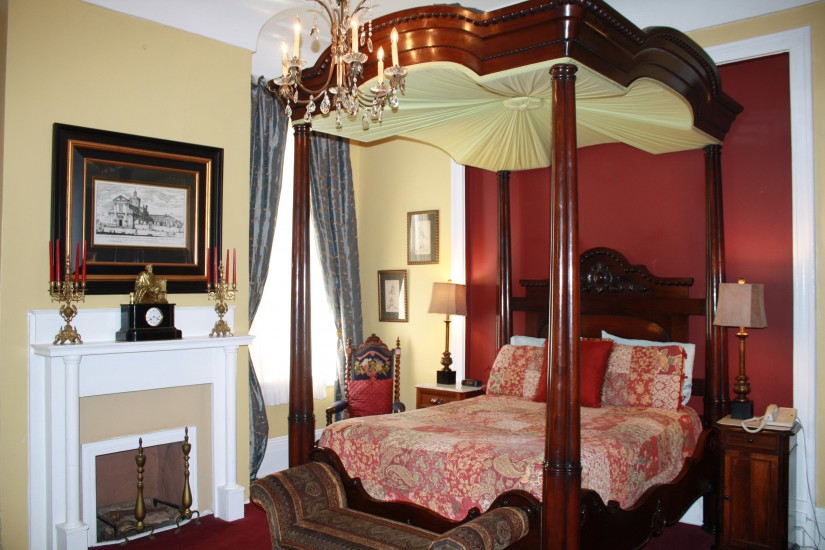 The hotel is a large building and designed primarily in the Queen Anne style but incorporates elements of the Eastlake and Colonial Revival styles. For example, the Eastlake style is represented in the form of curved dormer openings and curved railings; the Colonial Revival style is represented by the columnns supporting the porches. Queen Anne elements include the varied roofline, the different textures on the exterior wall surfaces, and the stained and leaded glass windows. The hotel is filled with period furniture and antiques. Its current owners completed renovations in 2013.