The Bush-Holley House is located in Cos Cob, a residential village in Greenwich, Connecticut, in the Strickland Road Historic District. The complex consists of five buildings: the original house built about 1730; two wood-frame barns from the late nineteenth century; a former 19th-century privy; and a modern building, which serves as the headquarters of the Greenwich Historical Society. It is an unusual (and unusually well-preserved) example of Dutch colonial architecture through several stages of the eighteenth century. The house is not only significant for its age, however, but for its long association with the development of American Impressionism between 1890 and 1920: it contained one of the first summer art colonies in the United States. Although other Connecticut sites were important, only the Bush-Holley House played such a crucial role. Famous American Impressionists who gathered and taught there include John Twachtman, Childe Hassam, J. Alden Weir and Theodore Robinson. The house was added to the National Register of Historic Places in 1988 and was designated a National Historic Landmark in 1991. 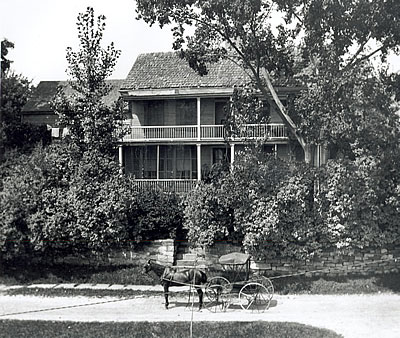 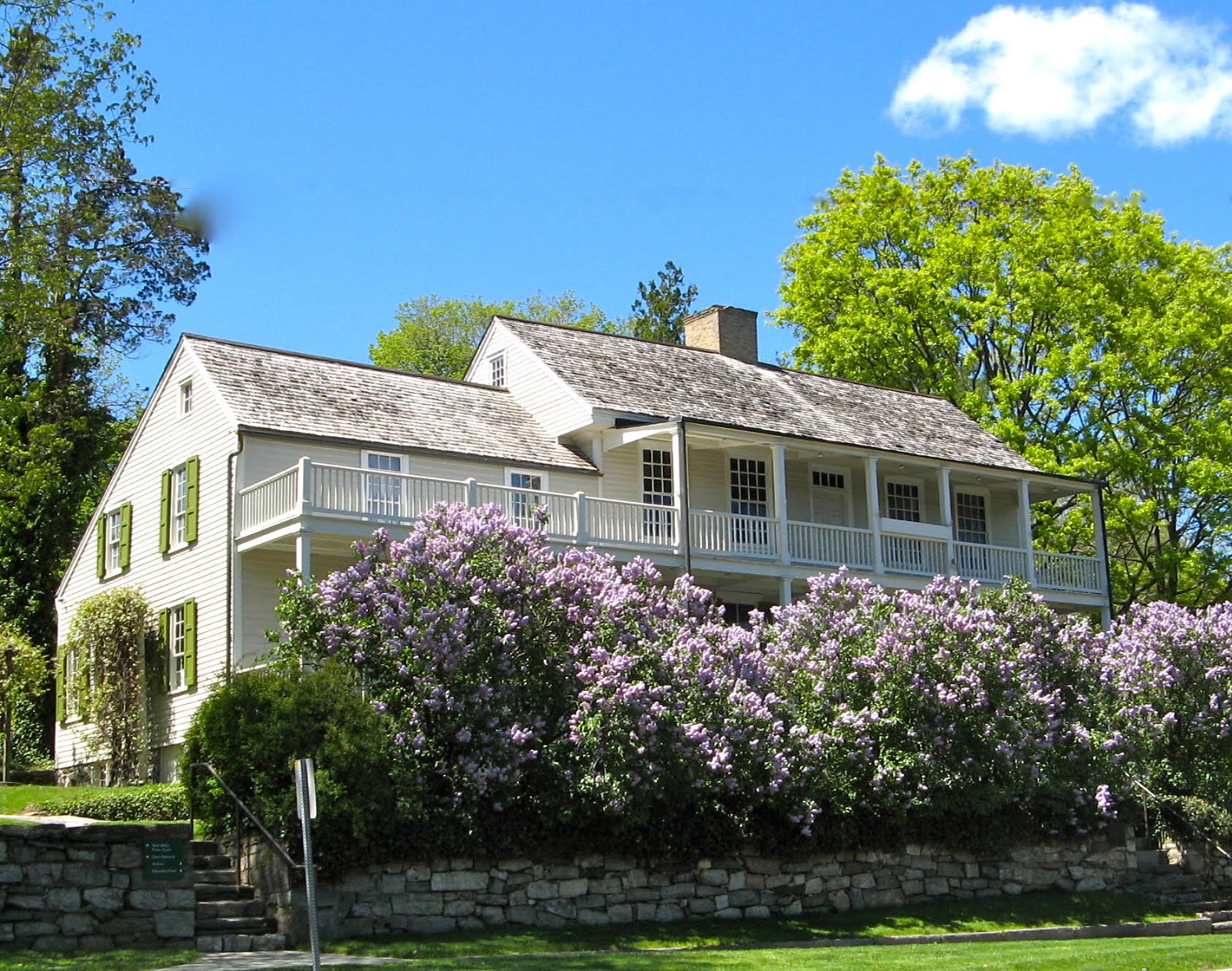 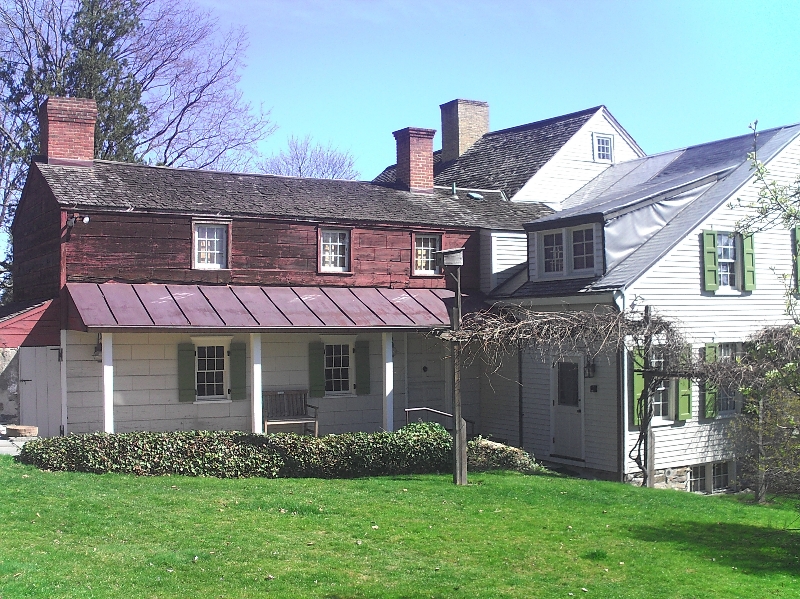 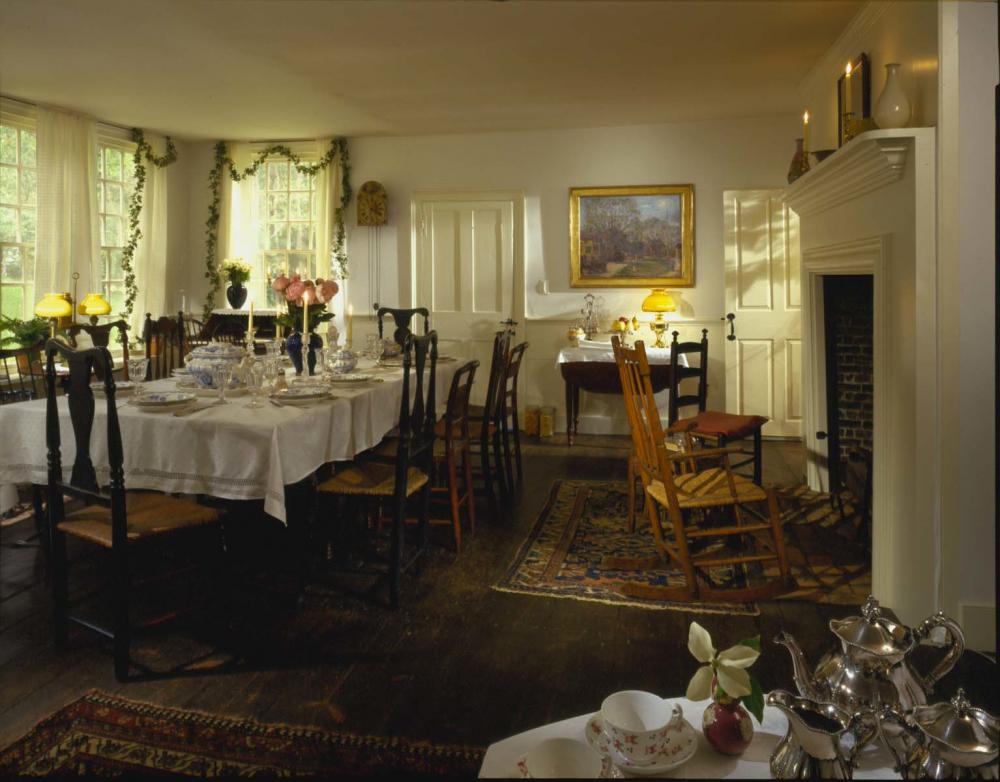 The original main part of the house was built in 1730, as a two-story structure overlooking the once-busy harbor. A second “salt-box" house was built shortly afterward and was purchased by Dutch farmer Justus Bush. His son David combined the two houses. In the 20 years before the American Revolutionary War, David Bush started a nearby tide mill, and he made significant changes to the house in the elegant Georgian style. Bush needed the space: he had ten children as well as five stepchildren. He also owned 10 adult and child slaves. A new storehouse was built next to the main house in 1805, which later became the Cos Cob post office and is now the site of the Historical Society's Visitor Center, museum gallery and shop.

The house was later acquired by Josephine and Edward Holley, who operated it as a boardinghouse specifically for artists and writers, known as the Holley Inn. John Twachtman, credited with introducing Impressionism to American painting, first visited the house in 1888. The leadership of Twachtman, Weir and Hassam in the art world led to their founding of the important association known as The Ten American Painters in 1897, which spread the influence of Impressionism and other modernist styles of painting. (Famous writers such as Willa Cather and Lincoln Steffens also stayed there.) Elmer Livingston MacRae, a painter and sculptor from the Art Students League in New York City, came up to Cos Cob as a student of Twachtman. MacRae fell in love with and married, in 1900, Constant Holley, the daughter of the family that owned the house, and they remained wed until his death in 1953. Their twin daughters were frequent models for MacRae and other artists.

The Cos Cob Art Colony, as it came to be known, continued to flourish under MacRae's leadership until his death. Numerous American Impressionist works in major American museums depict the house and its surroundings. During the period in which the Cos Cob colony flourished, Impressionism entered the mainstream of American art. MacRae is also a significant figure for having planned the famous Armory show in New York City in 1913, in collaboration with other artists. Ironically, the show introduced the public to radical post-Impressionist works by such artists as Picasso, Duchamp and Matisse, and as these styles grew in popularity, the vogue for Impressionism declined.

In 1957, the Historical Society of the Town of Greenwich purchased the house from Constant Holley MacRae and first opened it as a museum in 1958. In its present configuration, the Bush-Holley House today appears much as it did in the early 1900s during the period when it was used as an art colony. The site is landscaped with lawns, trees, flower beds, and shrubs, and is bounded by a narrow band of woods on three sides. The house consists of three separate buildings that were joined together in the 18th century. The original 1730 two-story house rests on a granite foundation and displays a deep overhang in the north gable. The two-story addition on the south end was joined to the main block by 1790, but separated by a wide hall. A two-story porch extends across the entire façade of the two buildings. The rear wing, possibly a former slave quarters, was attached to the main block as a new kitchen, known as the "long room."

The painted, feather-grained fireplace walls in the south parlor are the most striking feature of the house's interior, and probably date from the 1760s. The north front room on the first floor displays a classic Adamesque or Federal-style fireplace surround dating from about 1820. The triple-run staircase in front of the large chimney stack of the main block displays square newels and turned balusters. The plastered stairwell ceiling is rounded in a gentle curve.

In 1958, a restoration and maintenance program was carried out by the New York City firm of Watland and Hopping. They replaced deteriorated fabric, such as the roofing and portions of the clapboarding, and the main chimney stack was rebuilt from the attic floor. A few minor interior Victorian features were replaced by neo-Colonial details. However, most of the original architectural features remain intact. In March, 2012, a program officer with the National Trust for Historic Preservation, Joe McGill, made the Bush-Holley house a site for his Slave Dwelling Project, in which the descendants of slaves and of slaveowners dwell for a night under the same roof.