Hebrew Home for the Aged and Jewish Social Service Agency

The Hebrew Home for the Aged and Jewish Social Service Agency are two historic buildings located in the Petworth neighborhood of Washington, D.C. Starting in 1925, the original facility offered housing and medical assistance to struggling members of the local Jewish Community. The Jewish Social Service Agency (JSSA) was constructed in 1940; the Society provided relief to needed families and new immigrants. Owing to the ever-increasing need for housing and healthcare, the hospital and JSSA relocated to Rockville, Maryland in 1968. The historic structures on Spring Road were added to the National Register of Historic places in 2014. 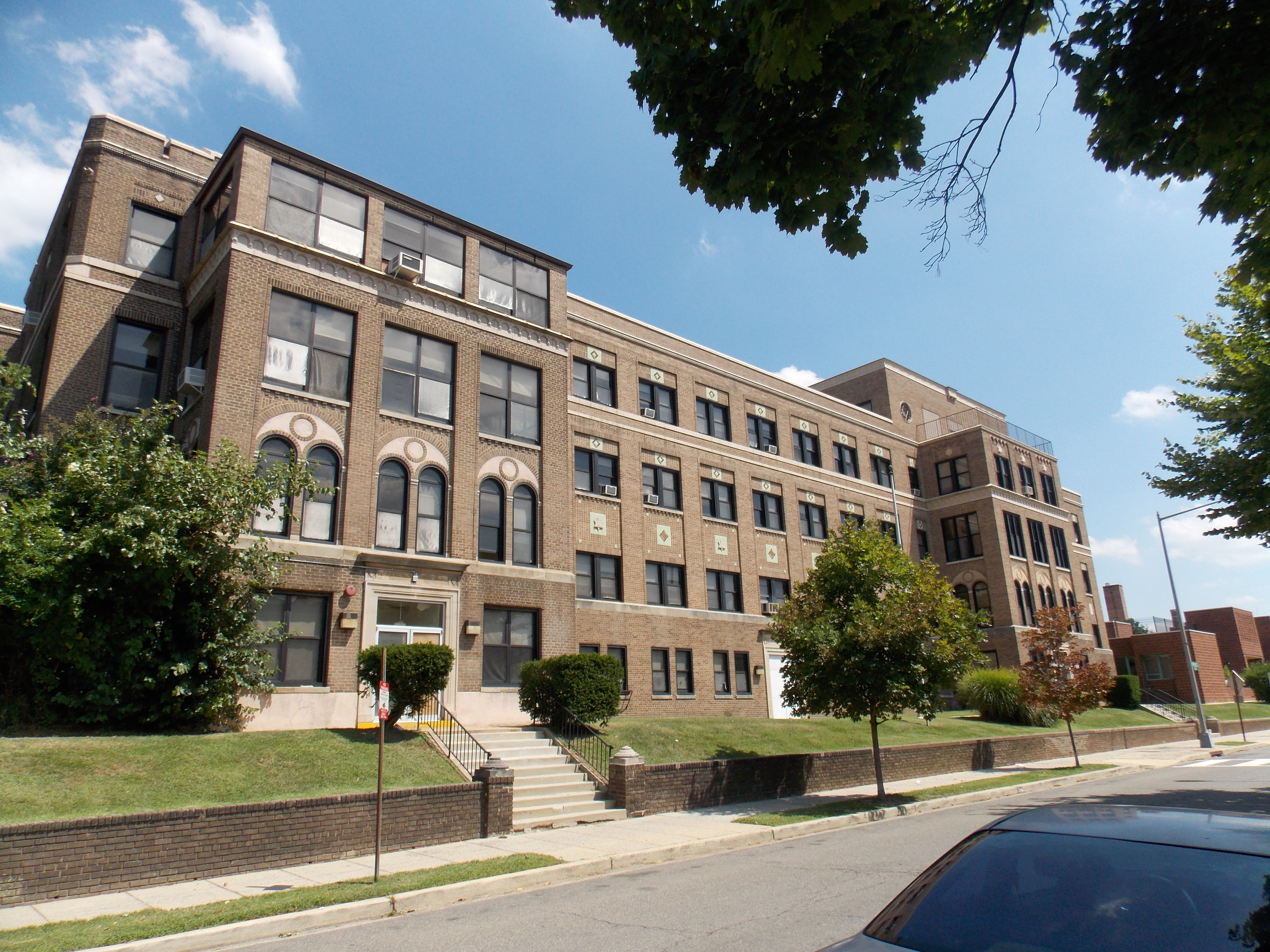 As early as 1910, individuals concerned about the lack of care for the elderly banded together to provide housing for aging members of the Jewish community. This organization collected funds which were then used to board elderly Jewish men and women in private residences. In 1914, the Hebrew Aged Home Association, under the leadership of Bernard Danzansky, purchased a brick row house located at 415 M Street NW. Residents lived on the second and third floors and received both lodging and spiritual support within a religious atmosphere. In particular, care efforts were directed toward Jewish individuals who were unable to speak English. The Home was so popular that it immediately became overcrowded.

Owing to the need for additional facilities, the board of directors of the Washington Hebrew Home for the Aged announced their plan to move the Home to a site on Spring Road in 1922. Construction began in June 1924, according to plans drawn up by noted architect Appleton P. Clark. The large Romanesque/Moorish Revival-style building was originally designed to be built in phases, with symmetrical residential and hospital wings and a central synagogue. When the facility opened in 1925, only the westernmost portion of this design had been implemented; financial circumstances delayed completion of the work for nearly three decades. Again, the facility became overcrowded, having far exceeded its 50-person capacity by 1950.

In 1951, Clark's layout was abandoned in favor of one with increased space for residents. The second phase of construction, completed in 1953, added an extension to the Home. The addition was the work of the architect Edward William St. Cyr Barrington, whose design drew upon Clark's vision but increased the building's capacity to almost 200 people. Moreover, the structure now also included a dining room, laboratory, X-ray room, dental room, pharmacy, solarium, and a synagogue.

Despite the enhancements to the Home, an increasing need for complete medical and nursing care within the suburban Jewish community prompted community leaders to plan for yet another facility. In 1969, the renamed Hebrew Home of Greater Washington and JSSA, along with the Jewish Community Center, sold the property and relocated to Rockville, M.D. At the opening ceremonies for the new location in Montgomery County, Supreme Court Justice, the Honorable Arthur J. Goldburg, gave the opening address. Today, the Hebrew Home of Greater Washington and the JSSA continue to provide individuals in need with quality care in a way that respects Jewish values.