One of the country’s oldest and largest urban parks, City Park first opened to the public in 1854. A former plantation, it has since swelled in size to 1,300 acres and features numerous attractions and special event and sporting facilities. But it is perhaps best known for its collection of venerable live oak trees, some over 600 years old, the largest such collection in the world. Through its attractions, City Park is one of the few self-supporting parks in the nation and while the park is owned by the city, it is administered by the City Park Improvement Association.

A sculpture of a water nymph, Chloe, sits among City Park's live oaks, some of which are well over 600 years old. 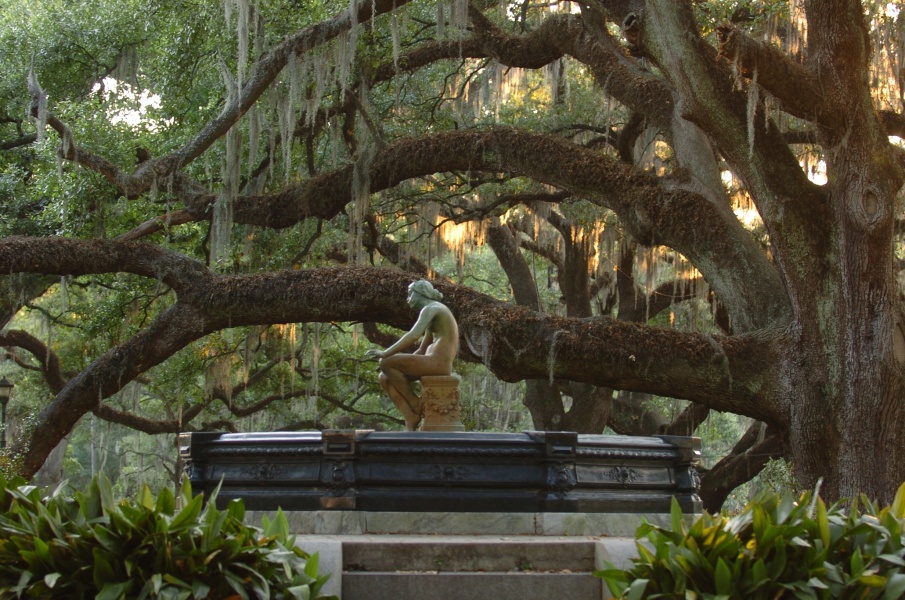 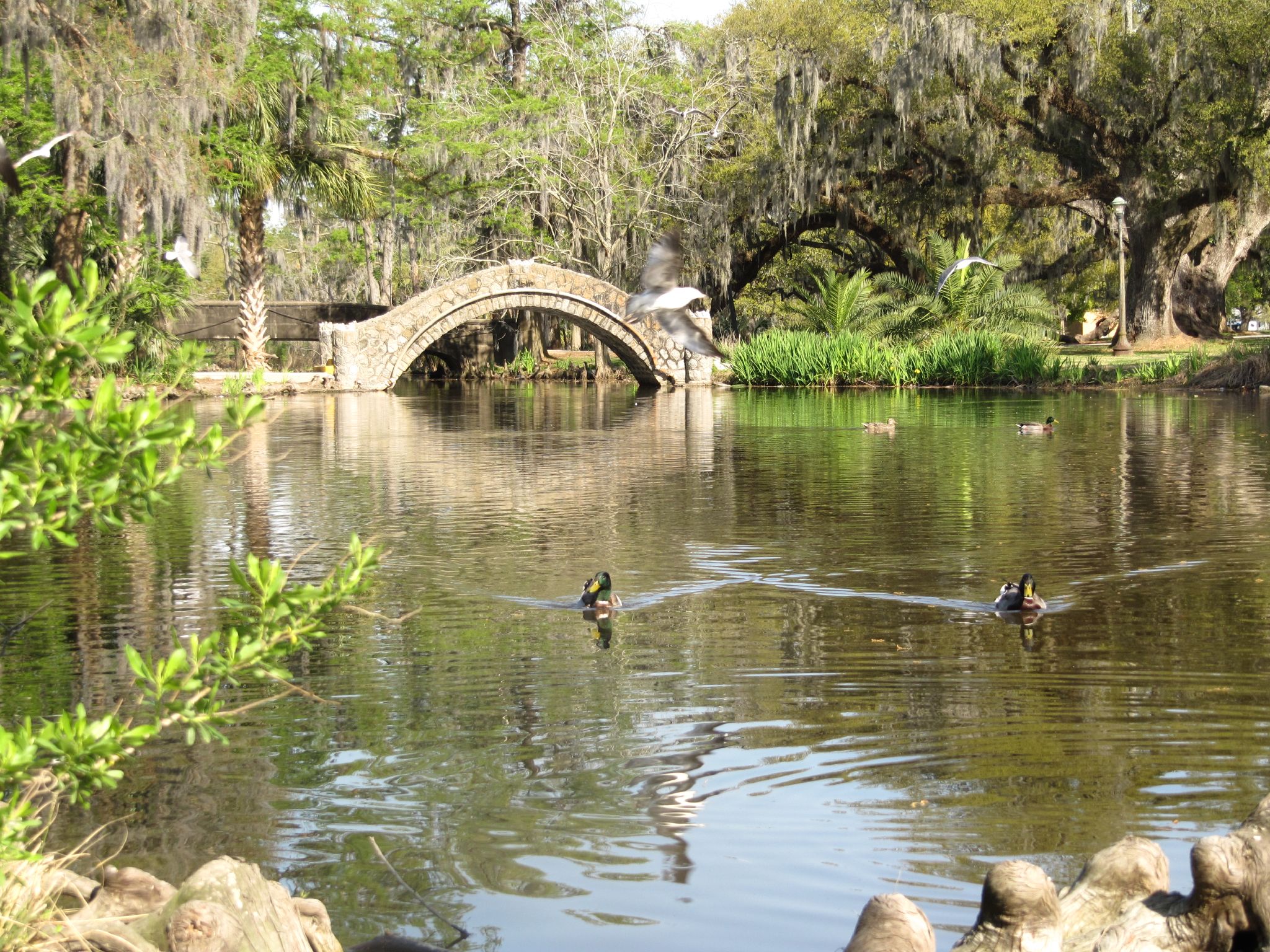 City Park's Peristyle was completed in 1907 and has served as a dance hall and special events venue ever since. 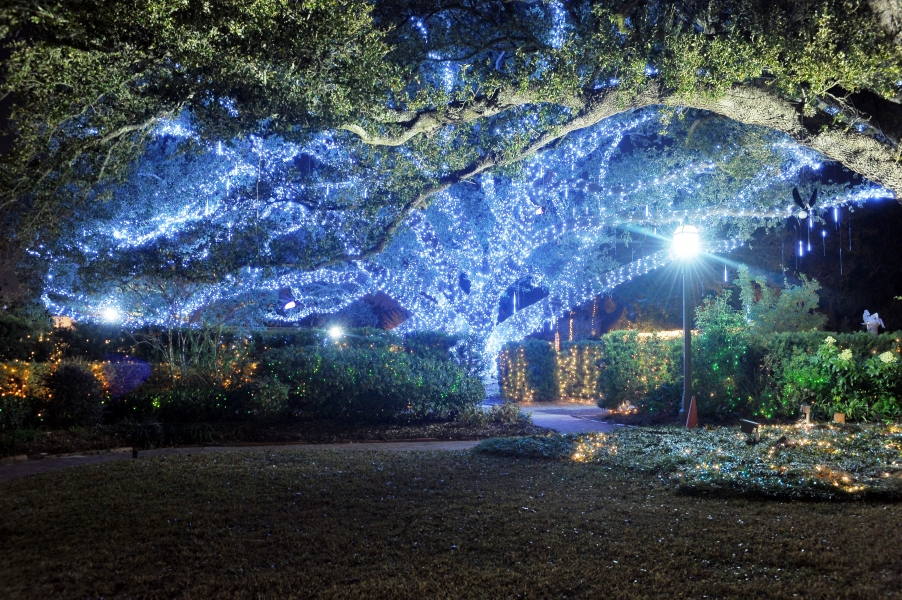 The Popp Bandstand was built in 1917 and has been complemented well by the nearby Popp Fountain which was added in 1937. 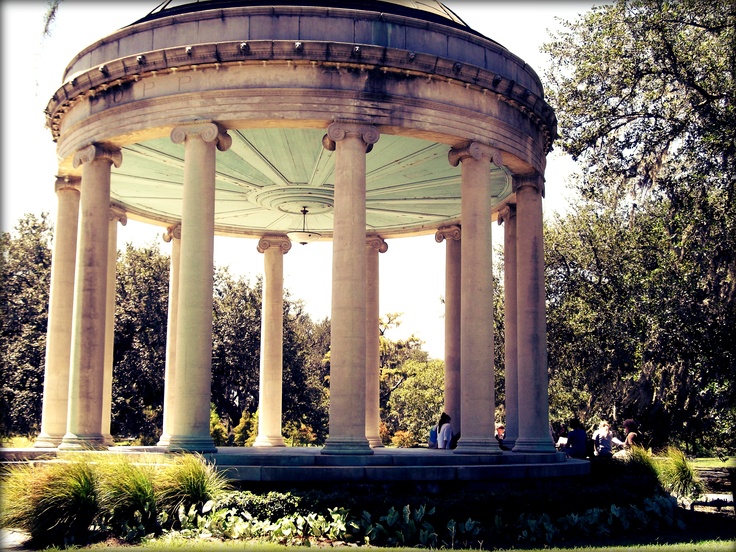 In 1850, John McDonogh, the owner of Allard Plantation, willed the land to the city that would become the foundation for City Park when is was created in 1854.  Over the years, it was improved and expanded through the reclamation of swampland and land acquisition.  The period in which it witnessed the largest number of improvements was during the Great Depression of the 1930s.  $12 million was invested in the park through the Works Progress Administration while employing 20,000 people.  The WPA built roads, paths, bridges, park buildings, the Popp Fountain, and placed numerous sculptures by artist Enrique Alferez.  However, the new, improved City Park was inaccessible to African-Americans as they were prohibited, by law, from using the park until 1958.

The park continued to be altered as Interstate 610 bisected the mile wide, 3-mile long green space shortly after World War II.  By the 1970s it contained four 18-hole golf courses, over 50 tennis courts, and a 26,000-seat stadium.  Unfortunately, it also suffered through a period of neglect as city funds were not sufficient for its maintenance.  As a result, the Friends of City Park was created in 1979 to alleviate this problem. And one way to do so was through the use of event fees, such as those charged during the Voodoo Experience, an annual music festival that has taken place in the park since 1999.

The park suffered extensive damage from Hurricane Katrina in 2005.  Over 90 percent of the park was under water, and since that water contained salt, it killed much of the park’s grass and other plants, to include all those in the Botanical Gardens.  Perhaps even more heartbreaking, over 2,000 trees were either destroyed or severely damaged, some centuries old.  However, the park has taken advantage of the destruction to make improvements, such as adding dedicated bikeways, a landscaped walking path around Big Lake and planting over 5,000 new trees.

30 minutes prior to sunrise to 30 minutes after sunset, unless otherwise permitted.