Named after one of its former owners, Mary and Edwin Farmer, the Farmer House Museum preserves and interprets local history and family life during the 20th century. The house was built in 1869, a period of rapid growth for Bloomington and the surrounding area. The museum offers a variety of artifacts thanks to its namesake, Mary Farmer, and her decision to collect and save many of the items that now constitute the heart of the museum's collection. That collection includes family photographs and images of early Bloomington, clothing, school memorabilia, pottery, furniture, and a variety of letters. The museum offers rotating exhibits featuring items from the collection, as well as items loaned from other museums and members of the community. Admission to the museum is free. 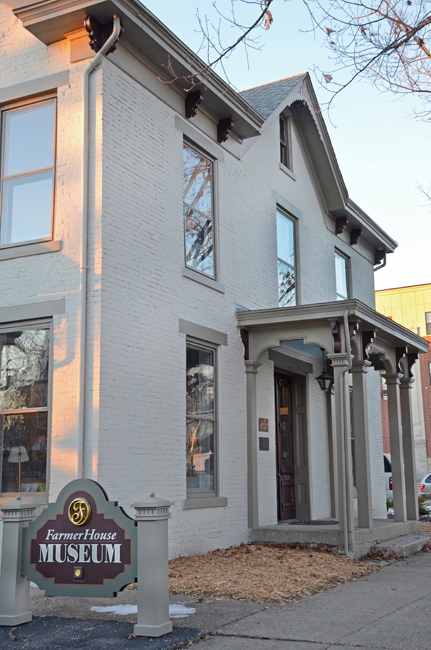 Mary wore the purple dress on the right for her wedding. 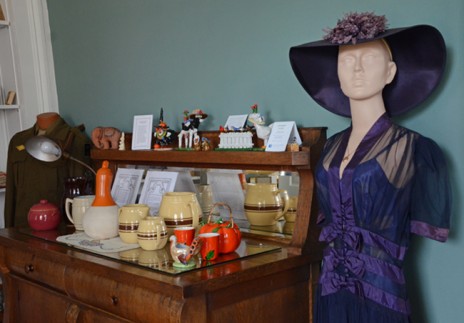 Mary saved all of the letters she received from Edwin during World War II. 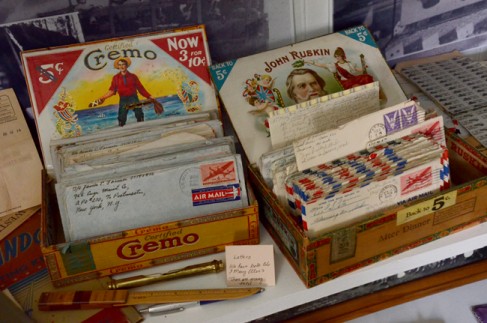 For the first part of its existence, the building was a book bindery, a boarding house, and the home of the dean of the Indiana University's School of Business. Mary and Edwin bought it in 1952 and lived there for the rest of their lives; Edwin died three years before Mary's death in 1999. Mary spent several years preparing the house to be a museum, meticulously keeping records of all the items. The museum board hired a new director in 2010.

All photos by Lynae Sowinski.