Built from 1799-1801, Lemon Hill Mansion and its grounds were originally part of a 300-acre estate owned by Robert Morris. A 43-acre section, known as “The Hills,” was purchased by wealthy Philadelphia merchant, Henry Pratt, in 1799. This section included a greenhouse that contained lemon trees, and it is from those trees that Lemon Hill derived its name. The house and gardens were purchased by the city in 1844 and the house served as the home of Fiske Kimball, first director of the Philadelphia Museum of Art, from 1925-1955. It is now a historic house museum maintained by the Colonial Dames of America and the Friends of Lemon Hill. 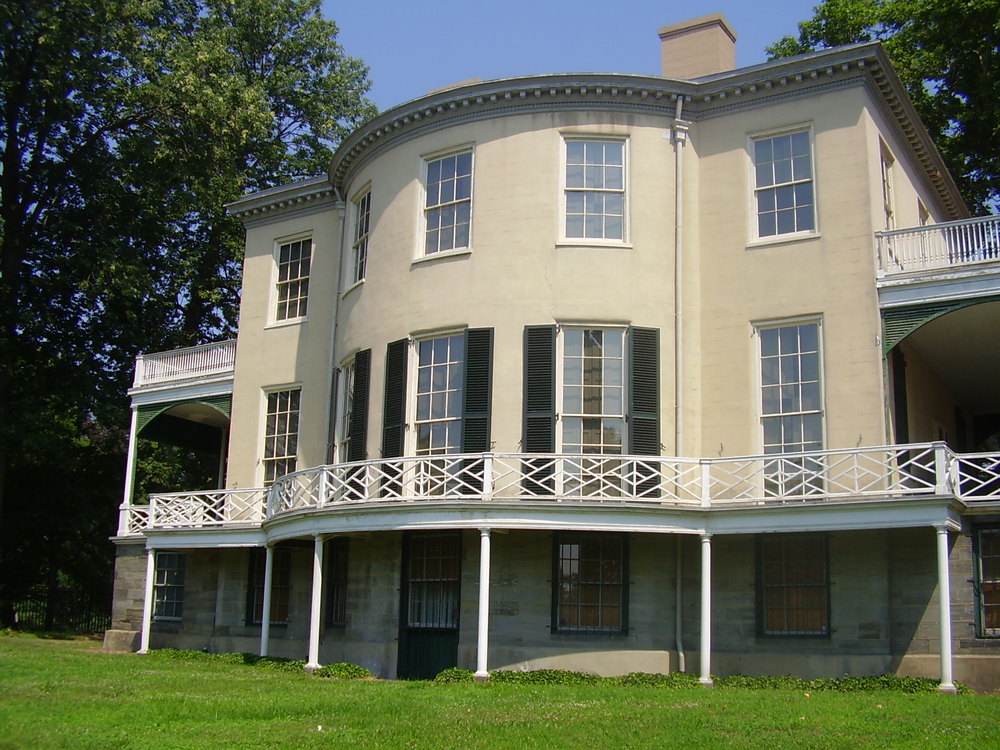 These cast-iron porches were removed in the 1920s by the director of the Philadelphia Museum of Art, Fiske Kimball, who lived in the house from 1925-1955. 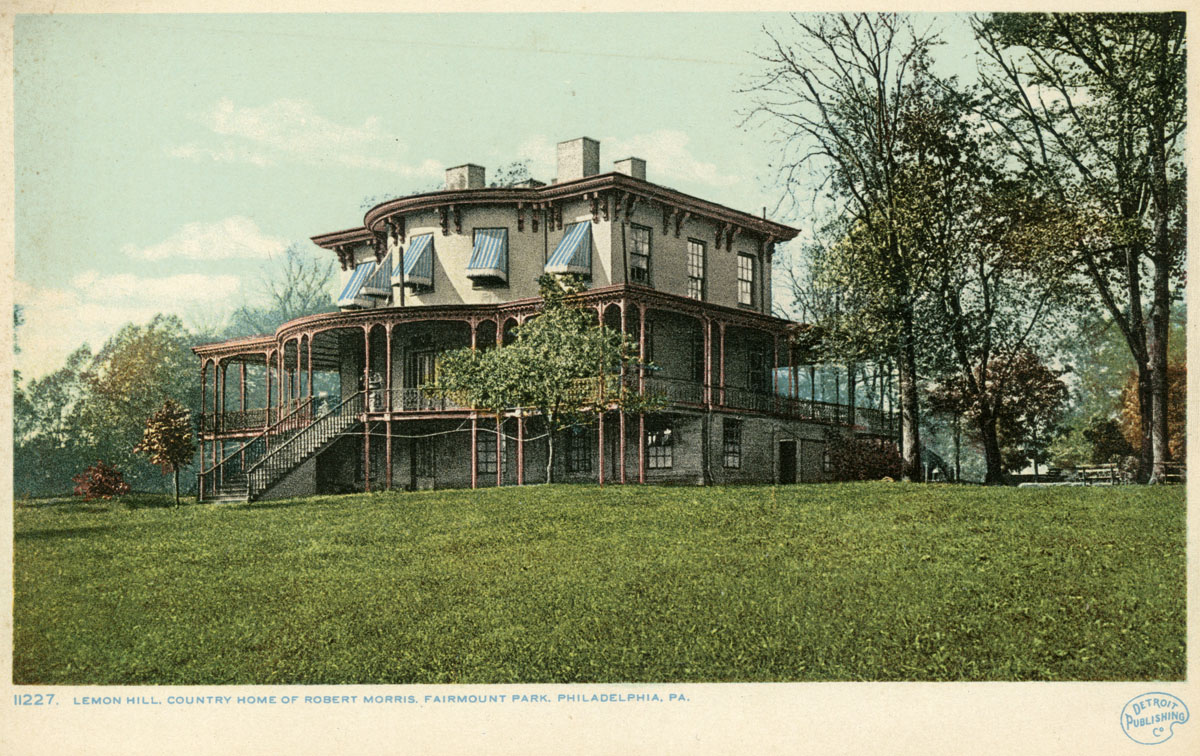 The Philadelphia skyline can be seen from the curved parlor on the third floor of Lemon Hill. 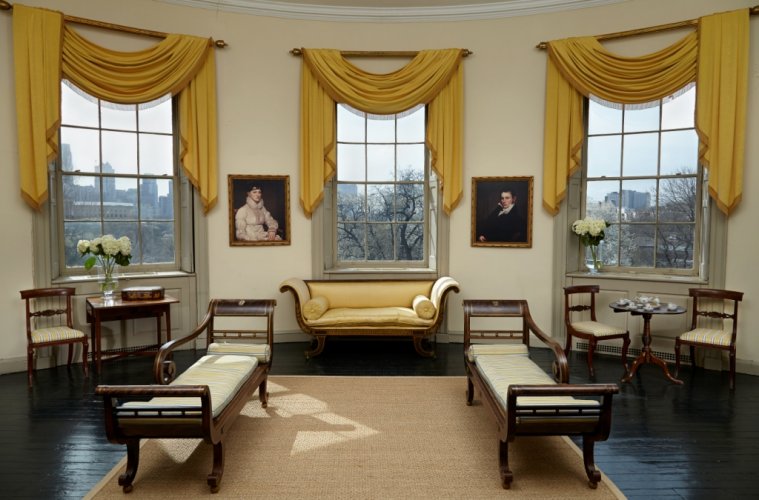 This formal entry way greets visitors as they step into Lemon Hill. 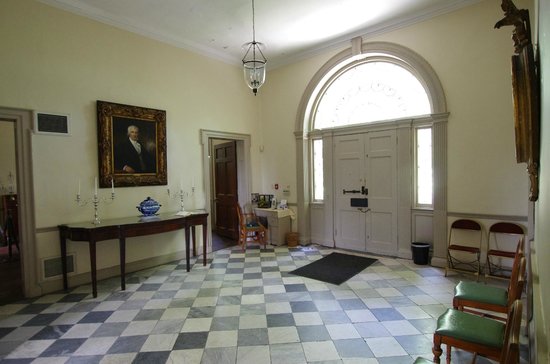 Lemon Hill shines above and off to the right of historic Boathouse Row. 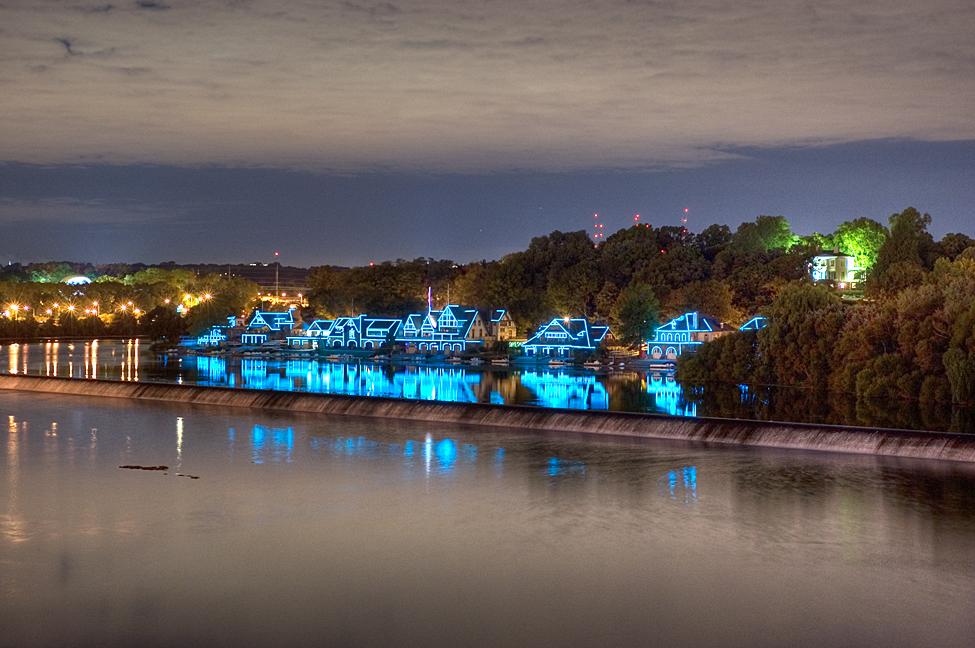 Robert Morris, signer of both the Declaration of Independence and the U.S. Constitution, fell into severe debt by the end of the 18th century and was forced to sell off his land holdings, which included an extensive estate along the Schuylkill River. Part of this estate was purchased at a sheriff’s auction by Henry Pratt. Pratt was a wealthy importer/exporter who owned his own shipping line. He also amassed a significant fortune as a Philadelphia land developer. He designed Lemon Hill and oversaw its construction. It was completed in 1800 on a bluff overlooking the river and historical Boathouse Row. Pratt improved the gardens on his land and opened them up to the public. He used Lemon Hill as a summer retreat until he sold it for the princely sum of $225,000 in 1836, two years prior to his death.

The mansion was then occupied by various owners until it became one of the earliest properties purchased by the city, in 1844, in order to create Fairmount Park. The city then leased it out to various entities over the ensuing decades, to include a beer garden, restaurant, candy shop and ice cream parlor. Needless to say, these tenants, and the city, did little to maintain the historic home and grounds, and both fell into disrepair by the start of the 20th century.

Luckily, the home came to be occupied by architectural historian and director of the Philadelphia Museum of Art, Fiske Kimball, in 1925. He and his wife, Marie, spent the better part of the next two years restoring the home and then maintaining it while they lived there for the next thirty years. In 1957, the commissioners of Fairmount Park gave license to the Colonial Dames of America to use Lemon Hill as their headquarters and a place for public exhibitions. They raised funds and took Lemon Hill through another extensive renovation in 1976 and were joined in their efforts by the Friends of Lemon Hill in 1987. The process of improving the grounds and gardens began in 2002 and is a continuing endeavor.

The house itself features three oval parlors, stacked one atop the other. These parlors were constructed with curved fireplace mantles and doors. The home also possesses detailed woodwork, a grand curving staircase, Chinese Chippendale railings and a large, second-floor Palladian window. The Dames have also established themed tours. They include, but are not limited to, “Life and Death in the Early 19th Century” and “Risky Business: Creating (and Losing) Fortunes in America.”