The former Illinois Central Railroad Freight Depot played an integral role in Bloomington's development in the early twentieth century. Illinois Central Railroad built it in 1906 and its purpose was solely to facilitate the transportation of freight goods rather than passengers. The depot was therefore designed with efficiency and functionality in mind; there are no decorative elements. The building has in recent years been home to restaurants before transitioning into an office building. Given its role in the city's history, the depot was added to the National Register of Historic Places in 1983.

The Illinois Central Railroad Freight Depot was built in 1906 and operated until 1963. 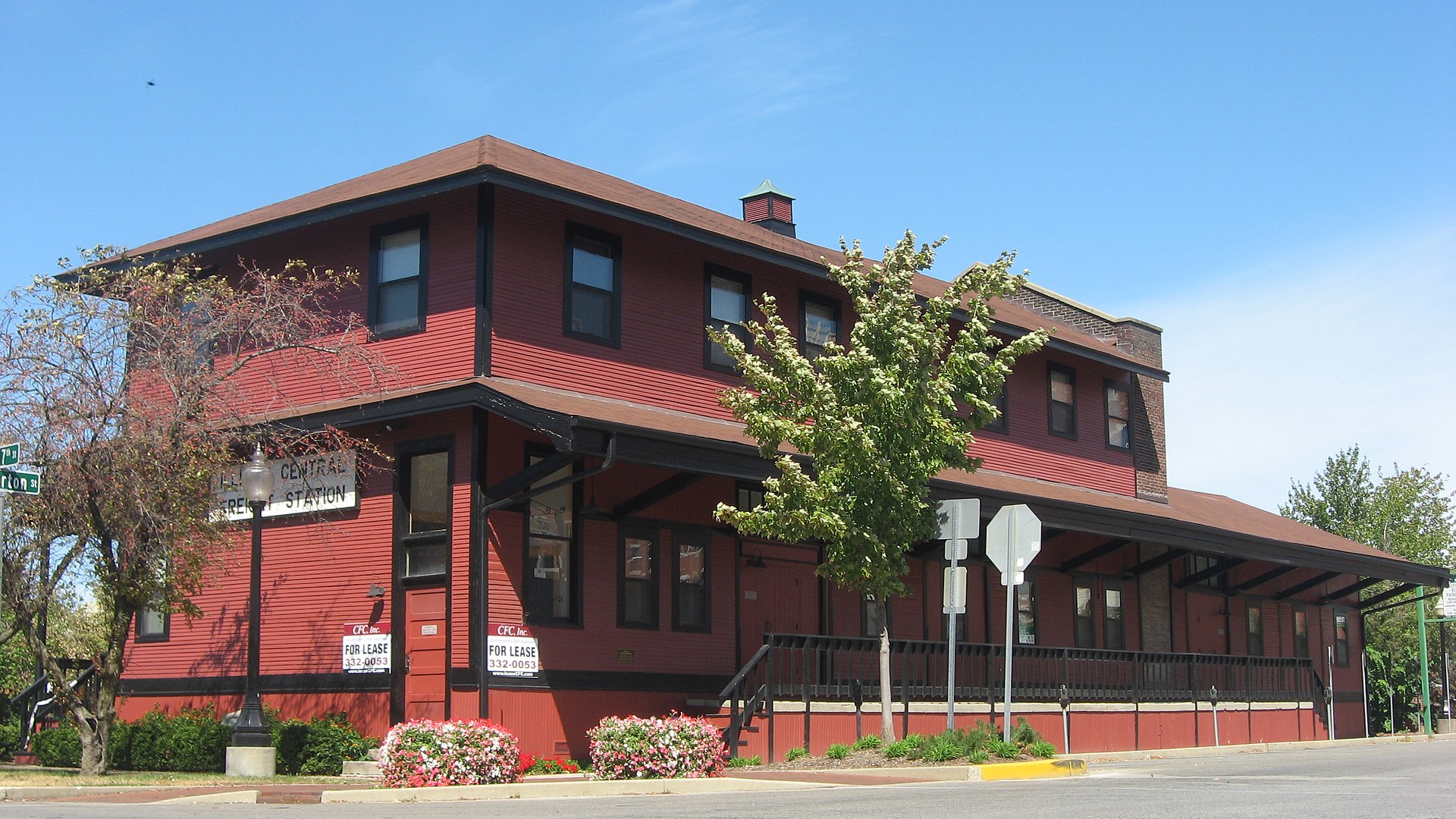 In 1902, the townships of Perry and Bloomington voted for an $85,000 subsidy with hopes of attracting a second rail line to the area. As a result, The Illinois Central Railroad came to town and constructed a railroad through Bloomington, followed by the historic depot in 1906. The building design is simple and enjoys no decoration of any significance, meant only to serve its function. The depot served the community until the 1960s, with its peak business transpiring during the 1920s.

The railroad arrived in Bloomington in 1854, a sign of the town's maturation, and it aided in Bloomington's continued growth. By the time the Civil War ended, the town's industrial expansion had coincided with a population boom that led to the city's incorporation in 1866. The public courthouse square enjoyed illumination from twenty-nine street lamps by 1880, and then by the first decade of the 1900s, the city paved roads, built a city hall, added a water and sewer system, and began thinking about luring a new railroad.

The depot played a vital role in the development of Bloomington's industrial and commercial base. Located in an industrial area near the city center, the depot served the lumber, furniture, and limestone businesses. Business peaked in the 1920s, and the depot expanded to meet the increased demand. However, nearly a century after the railroad first came to town, other forms of transportation supplanted the railroad and created a substantial decline in business for the depot. In the 1950s, the depot was reduced in size, and then in 1963, the railroad closed the depot.