Today, you see Admiral Mason park and Gulf Power's corporate office building. However, previously, a wide variety of people, from indigenous hunter-gatherers to local working-class, have occupied the Hawkshaw area. Hawkshaw's origin and meaning are unknown, but it is thought that it originated around WWII. The Deptford people, an indigenous culture, were the first known occupants. Their earliest settlement was AD 0, and the average date of occupation was AD 212. Pensacolians were the next group to heavily populate the area following the end of the Civil War. Pensacola experienced a boom in the railroad and lumber industry. Workers wanted to live near these industries, which led them to create the Hawkshaw neighborhood. Working-class people of various backgrounds united and lived in Hawkshaw for almost 100 years until the community declined. 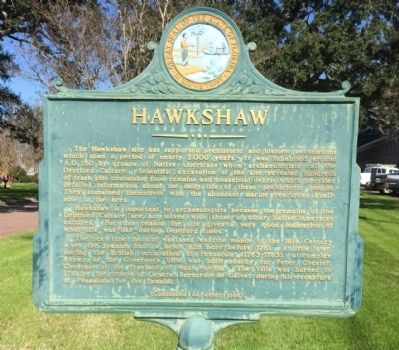 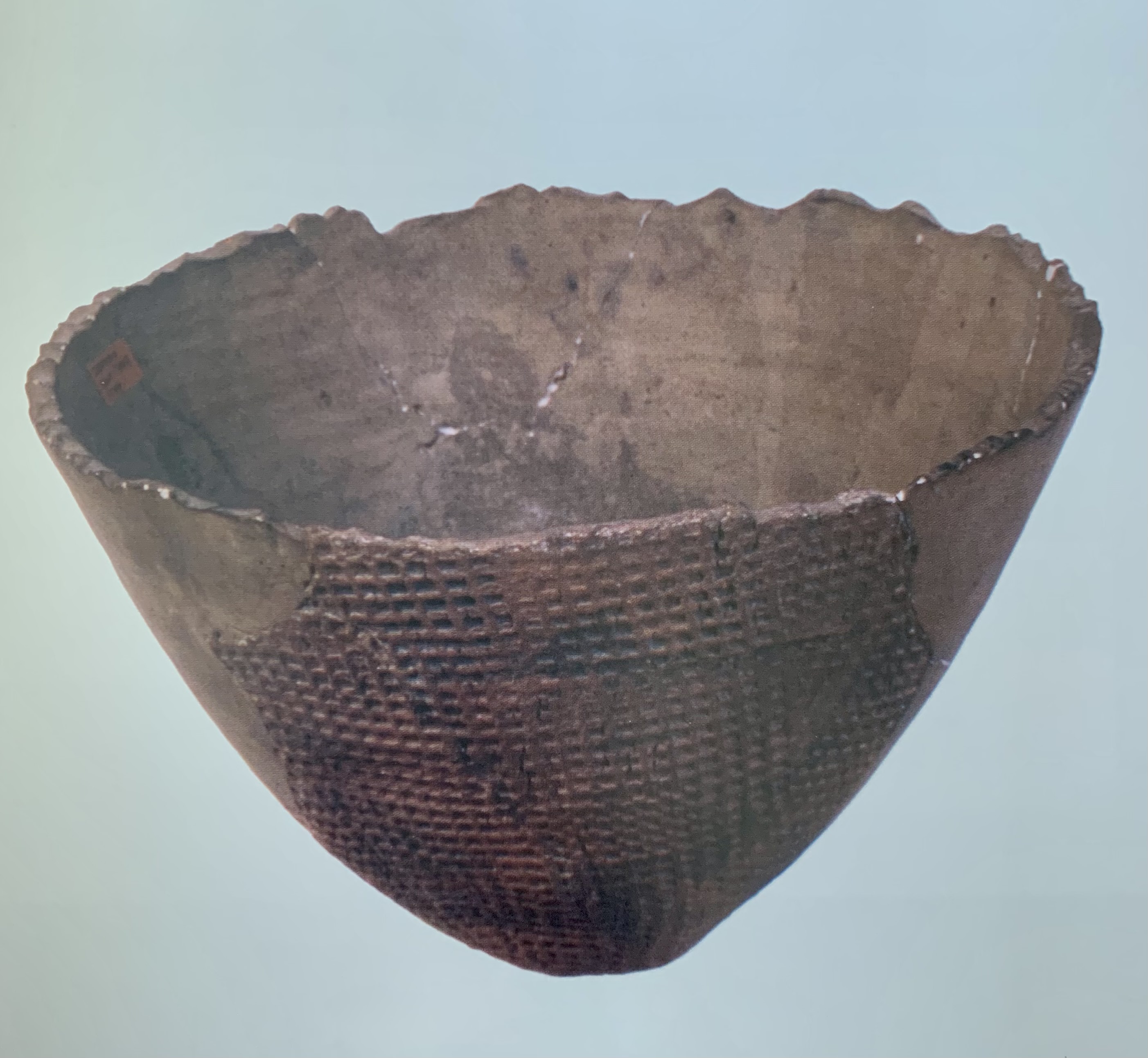 Archaeologists excavating at Hawkshaw in 1985. 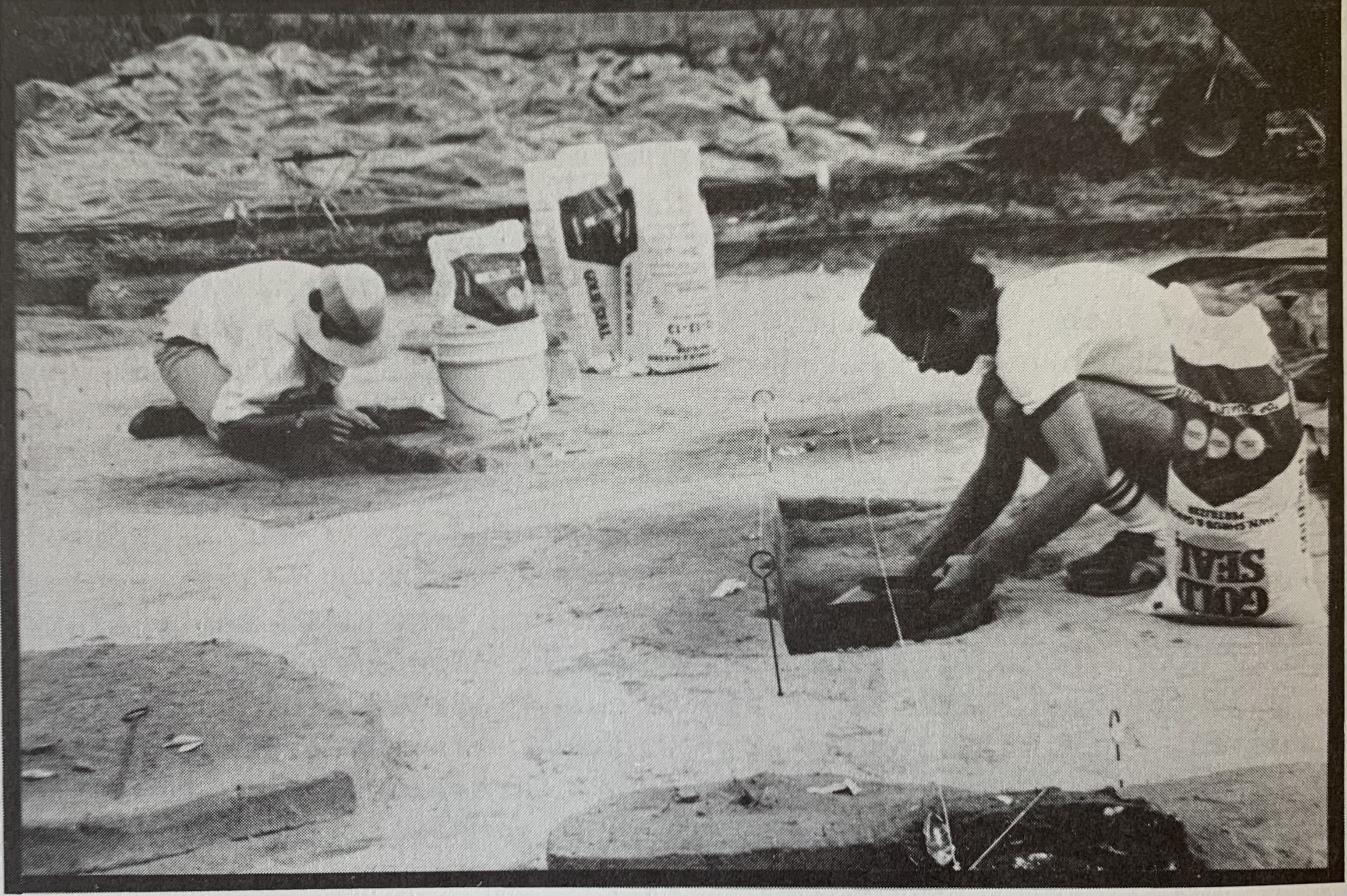 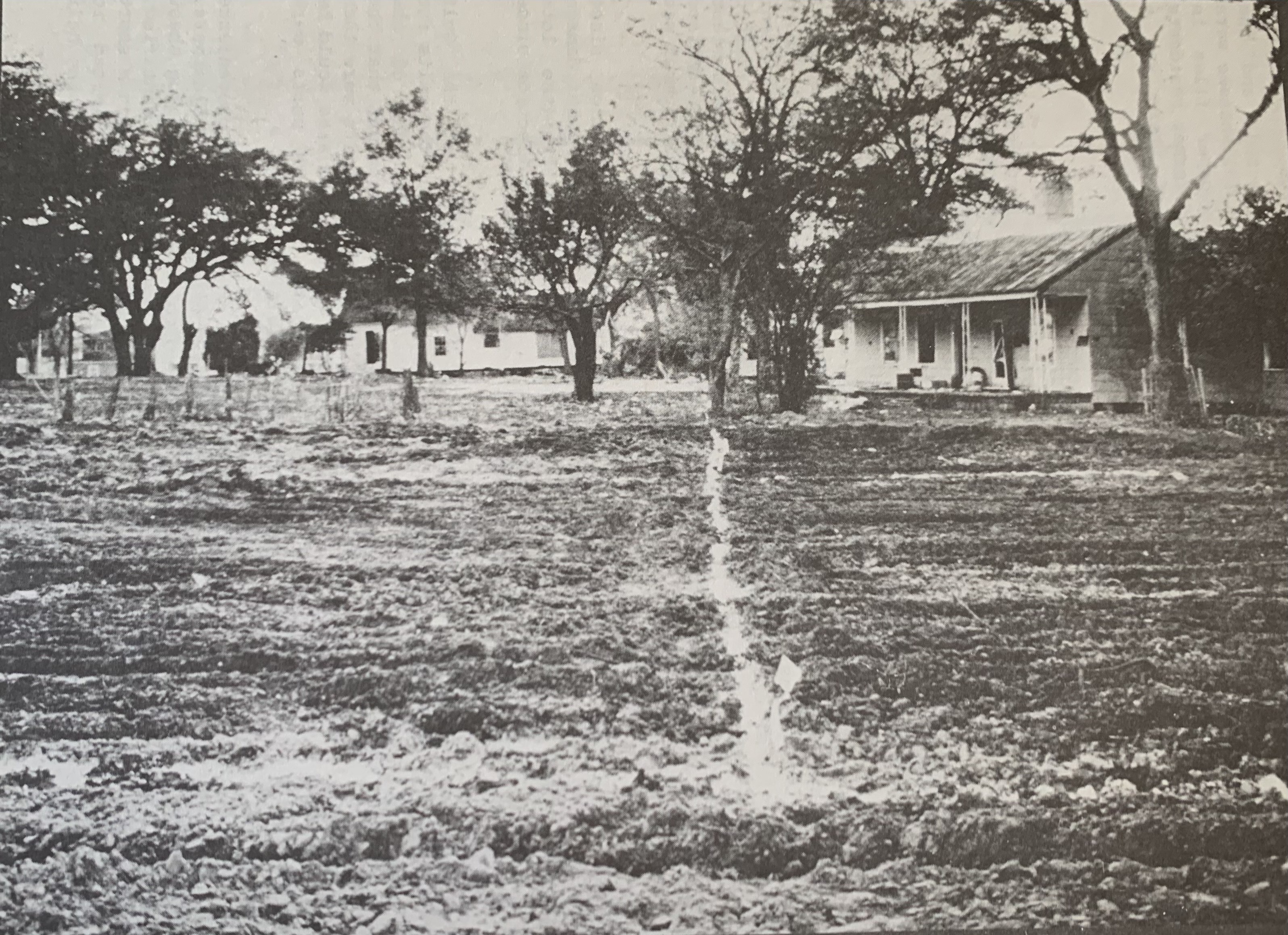 Almost two thousand years before Pensacola existed, the Deptford people lived in the Hawkshaw area for about 200 hundred years. The Deptford culture existed along the Gulf Coast during the Early Woodland period from 500 BC to AD 300. Archaeologists excavated the Hawkshaw area to make way for the Gulf Power building in 1985 and discovered this site. Archaeological investigations revealed that the site was in excellent condition, which made this site a valuable opportunity to learn more about how the Deptford culture lived.

Archaeologists unearthed 15,000 pottery sherds. Deptford pottery was handmade and decorated with a paddle that had a design carved into it. The most common pottery design at this site is "check stamped," which resembles modern gingham and is pictured below. Archaeologists also recovered the remains of the animals they hunted and gathered. The most common food source was likely oysters and fish of all sizes, supplemented by deer and other larger mammals. The archaeological analysis showed that ceramics were deposited in short periods. The majority of food remains were most accessible in the summer. This evidence indicated that they occupied this area seasonally to take advantage of the abundant natural resources. Due to the nomadic nature of the Deptford culture, the site was eventually abandoned.

Hawkshaw was not occupied again until the mid-18th century when the Spanish built a brick kiln in the general area. The Spanish used the kiln, then the British until the late 18th century when it was abandoned. The area remained unoccupied until the 1830s, when there were attempts by various business people to develop the land by creating plots, a railroad, and a hotel, which were destroyed during the Civil War.

However, Pensacola began rebuilding after the Civil War ended. Over the next five years, the lumber, railroad, and seafood industries developed near the shoreline. This led to an industrial boom in the city. Those employed in this industry wanted to live near their jobs, so they flocked to this area, establishing the Hawkshaw neighborhood and built homes in the late 19th century to the early 20th century.

Hawkshaw was a diverse working-class neighborhood occupied by Blacks and whites. Those who lived there at the time described it as a quiet and safe neighborhood. Residents worked at the nearby Muscogee Wharf and Wright's Mill, and when they needed a job, many would work as a bayman. Baymen would recover lost timber on the bay, load ships at the port, fish, and catch shellfish. According to the historical records, Hawkshaw's residents were united by their occupations rather than divided by their ethnicity. At the neighborhood's peak in the 1920s and 30s, it was around 100 blocks.

However, Hawkshaw began a sharp decline when the hurricane of 1906 destroyed the mill and severely damaged the railroads causing many Hawkshaw residents to lose their jobs. Prohibition bootlegging contributed to violence in the neighborhood, and it became known as a dangerous place. Post-WWII suburbanization also contributed to Hawkshaw's decline. By 1985, when archaeologists excavated the area, the Hawkshaw neighborhood was virtually gone. It had become an area of commercial buildings with very few residential buildings.