Kupfrian's Park played an important role in Pensacola's economic and social development in the late 19th and early 20th centuries. It was created by its namesake and German immigrant, Conrad Kupfrian, in the early 1880s. Among the amenities and attractions Kupfrian built here were a racetrack, picnic pavilions, and a German-style beer garden. Kupfrian was saavy businessman as he ensured that the the city's streetcar system connected to the park. The park's popularity decreased in the 1920s, as attractions began to appear along the coast. None of these structures remain today but a pond that was once within the racetrack remains (it can be see on the map).

The historical marker, indicating the location of the park. 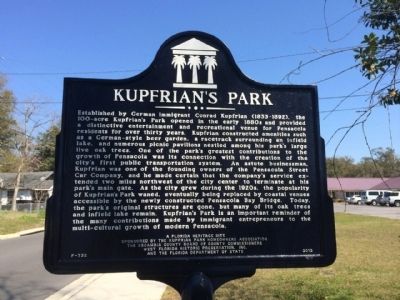 The park's entrance as it once looked. 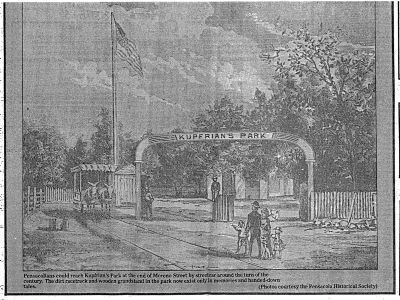