Established in 1846 and later purchased by Colonel Earl W. Oglebay in 1900 as his summer retreat, Oglebay complex today includes a resort and a museum that features antiques and exhibits that preserve and share Wheeling's history. The Oglebay Glass Museum features 3,000 examples of Wheeling glass and china made from 1820 until 1939, including the famous Sweeney Punch Bowl, the largest piece of cut lead crystal in the world. Glassblowing demonstrations and workshops are also a highlight of the museum.

One of the Entrances to Oglebay Park 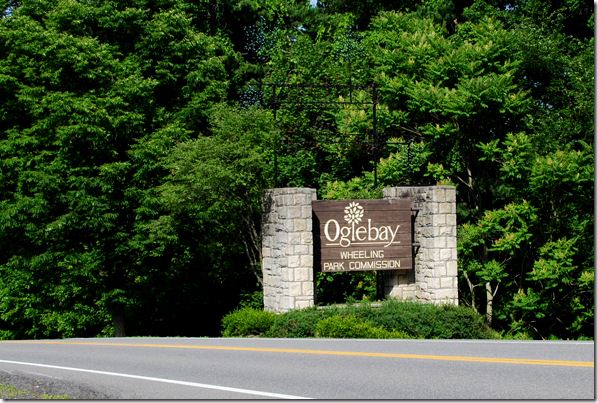 Plaque with a brief history of the museum 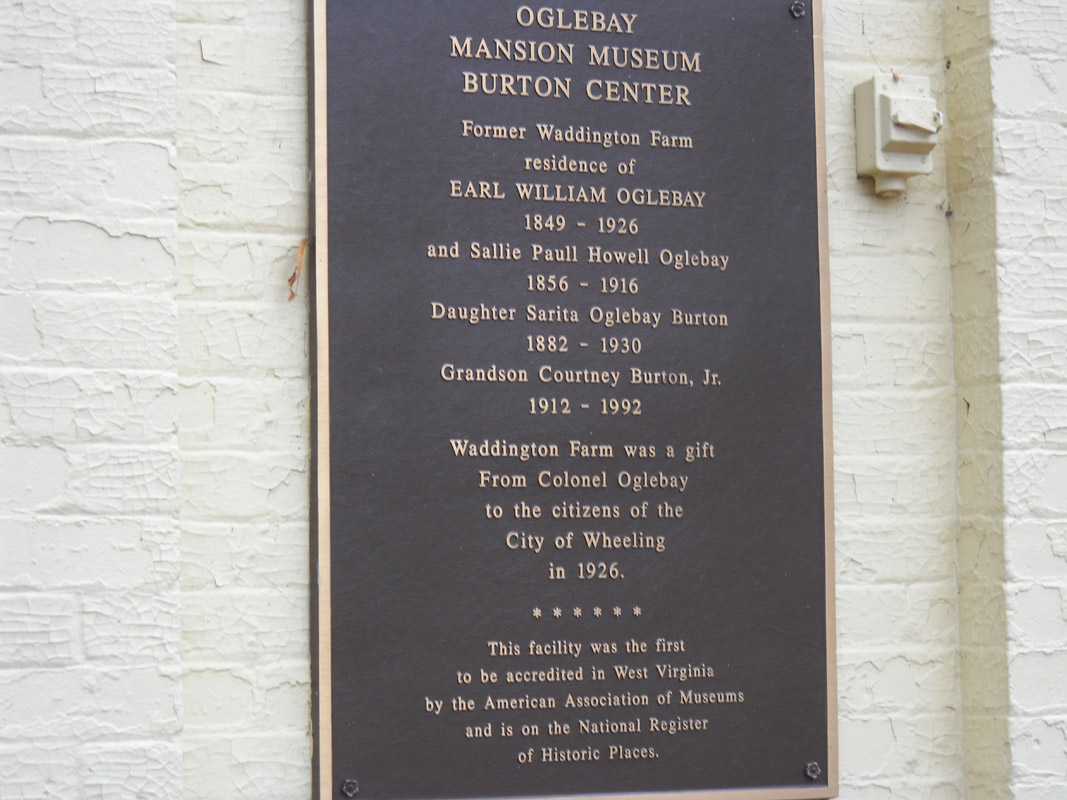 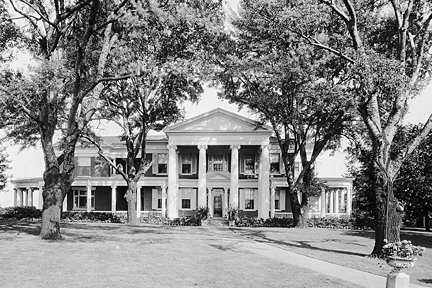 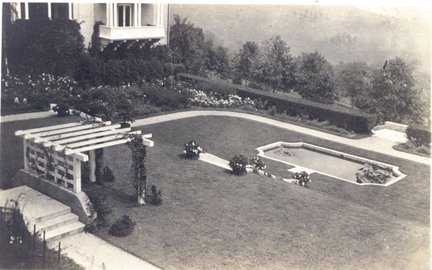 Sweeney Punch Bowl before it was moved in the 1940s 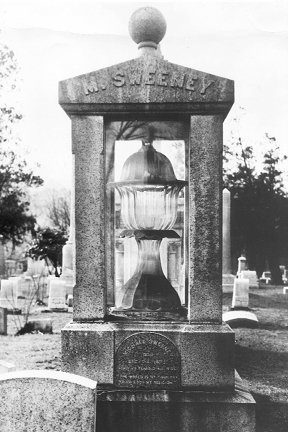 Crispin Golf course in the 1930s 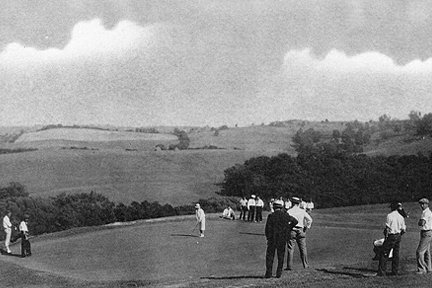 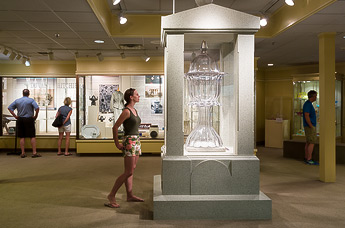 Sunken Garden during a wedding reception 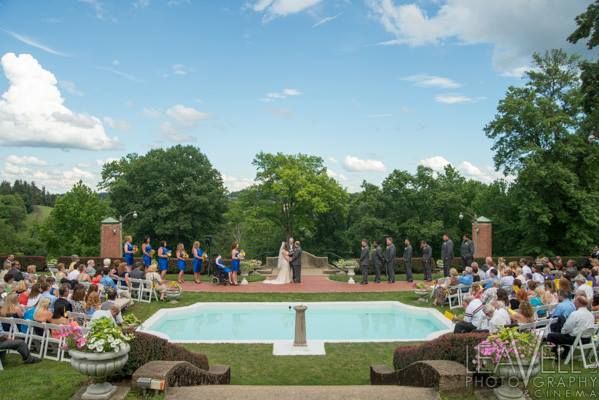 The Oglebay Mansion Museum, once home of industrialist Earl W. Oglebay, is now a late 19th century museum. American furniture, china, silver, glass, pewter, toys, and textiles are among the items that can be seen while going through the dozen rooms that focus on Wheeling’s earliest settlement through the Edwardian era. The museum offers various classes, workshops, and camps including a glassmaking course. The museum also offers history, art, and cultural programs including an Antiques Show in the spring and a performance of The Nutcracker put on by the Oglebay Institute’s School of Dance in December. The museum also proudly offers accommodations for visitors with mobile and visual impairments. The Mansion Museum is the first museum in W.V. to be accredited by the American Association of Museums and was placed on the National Register of Historic Places in 1979.

The history of Oglebay Park goes back as far as the late 1700’s when Silas Zane was awarded a land grant of 400 acres. The Zane family retained ownership of the land until 1812. The possession of the land changed several times after the Zane family no longer owned the land. George W. Smith purchased the property in 1856 and named it Waddington Farms. In 1888, the land fell into the hands of A. Allen Howell, the father of Sallie Howell Oglebay. In 1900, Earl W. Oglebay purchased the 25-acre tract of land from his mother-in-law’s estate. Along with the 25 acres that came with the property, Oglebay also purchased an extra 1000 acres that surrounded the mansion. The land he purchased was turned into an experimental farm. Concerned with the state’s declining farm economy, he began a series of experiments on how best to breed alfalfa in West Virginia’s climate. To help with his agricultural experiments, Oglebay brought in experts from a variety of agricultural fields. These experts included a poultry scientist from Cornell University, a dairyman from Wisconsin, a soil scientist from the Midwest, and a horse expert from England. Oglebay hired 75 workers in order to implement the suggestions of the experts.

Born March 4, 1849 to a Wheeling businessman’s family in Bridgeport, Ohio, Earl W. Oglebay had a long successful life in the field of business. At the age of 28, Oglebay became the youngest bank president in the nation when he became president of his dad’s bank, National Bank of West Virginia. In 1884, Oglebay worked as an associate for an iron ore firm in Cleveland, Ohio. Six years later, Oglebay formed a partnership with John D. Rockefeller and banker David Z. Norton. The partnership was known as Oglebay Norton Co., a Great Lakes ore shipping line, and ran successfully for several years until Oglebay sold his iron ore interests to U.S. Steel. After his success in the iron ore industry, Oglebay went on to serve on the West Virginia Board of Education for 15 years. Oglebay also set up the first agricultural program in the state of West Virginia. West Virginia University’s College of Agriculture named a hall in his honor. When he died in 1926, he willed all of Waddington Farms to the city of Wheeling. The city accepted the land and renamed the property Oglebay Park after the previous owner.

Oglebay Park opened in 1928 under the authority of the Wheeling Park Commission. In the 1930s, the Civilian Conservation Corps employed two hundred young men in the area. With funding from the federal government, these CCC workers built many of the nature trails, roads, picnic sites, and cabins that grace the resort. They also constructed an outdoor theater, Camp Russel, and a large swimming pool. Additional tennis courts, a riding academy, and winterized cabins were added in the 1940s. The following decade, additional picnic shelters, a horse show ring, a driving range and a nature center, were added. With the addition of Wilson Lodge in 1957, the park became a year-round resort. The resort operates a Winter Festival of Lights, the Good Zoo, and a ski area.