Locust Grove is a historic home located in Charlottesville, Virginia. The Georgian-style residence was constructed in the mid-1800s. During General Sheridan's raid on Charlottesville in 1865, the estate was occupied by a Union regiment. Part of the Martha Jefferson Historic District, Locust Grove is a designated Virginia Historical Landmark and listed on the National Register of Historic Places. 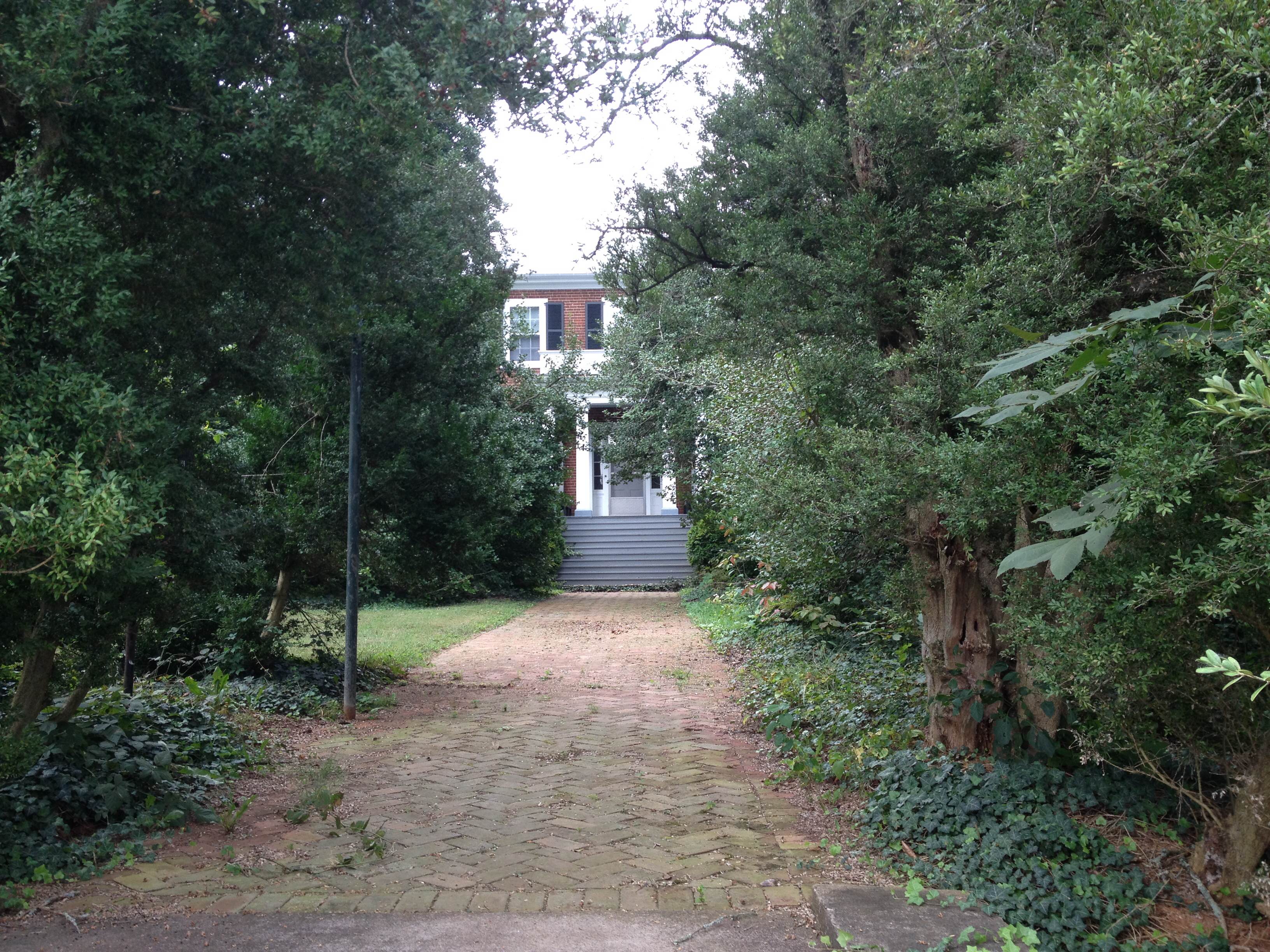 Drawing of the Locust Grove Kitchen from the Historic American Buildings Survey. 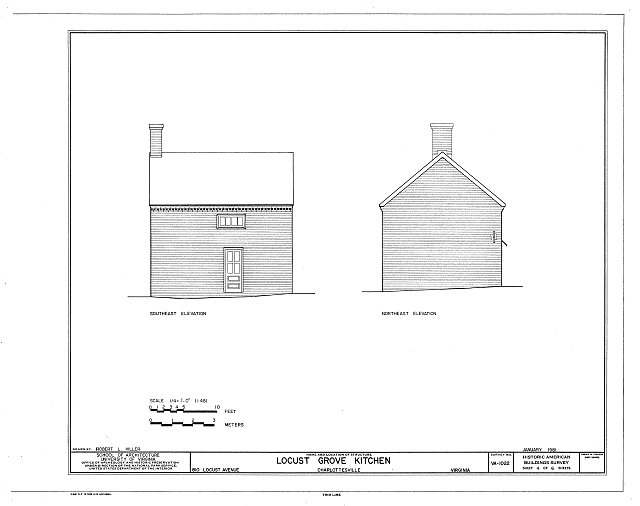 The Martha Jefferson Historic District is located in the eastern section of Charlottesville, Virginia. It includes several distinct neighborhoods and a number of historic sites. One such site is "The Farm," a historic home dating to 1825. Locust Grove was built in 1840-1844 on a 500-acre subdivision of The Farm. This structure is a 2-story, 5-bay brick dwelling. It has a hipped roof, end chimneys, and is distinguishable by the portico decorated with paneled columnns on the front facade.

Locust Grove was built by George Sinclair, owner of Sinclairs' Gristmill and partner in the hardware company Lobban & Sinclair. The estate included a barn, smokehouse, ice house, and a kitchen. The Locust Grove Kitchen is part of the complex of service structures located behind the late Georgian-style residence.

The site is notable for its occupation during the American Civil War. A Union regiment camped at Locust Grove During Maj. General Phillip Sheridan's raid on Charlottesville in March, 1865. The raid was part of Lt. General Grant's Overland Campaign. Sheridan's objectives were to destroy stretches of the Virginia Central Railroad, divert Confederate cavalry from Grant's planned crossing of the James River, and link up with the army of Maj. General David Hunter in Charlottesville. Sheridan's men left in the direction of Scottsville on March 6.

Locust Grove was designated on the Virginia Landmarks Registry in 1981 and listed on the National Register of Historic Places in 1982.