By 1889 the congregation had grown and prospered such that a new substantial brick church was constructed at the site of the present church at the northwest corner of 4th & G. The new building cost $4,000 and was dedicated November 24, 1889. At that time there were 70 members with 80 enrolled in the Sunday school. 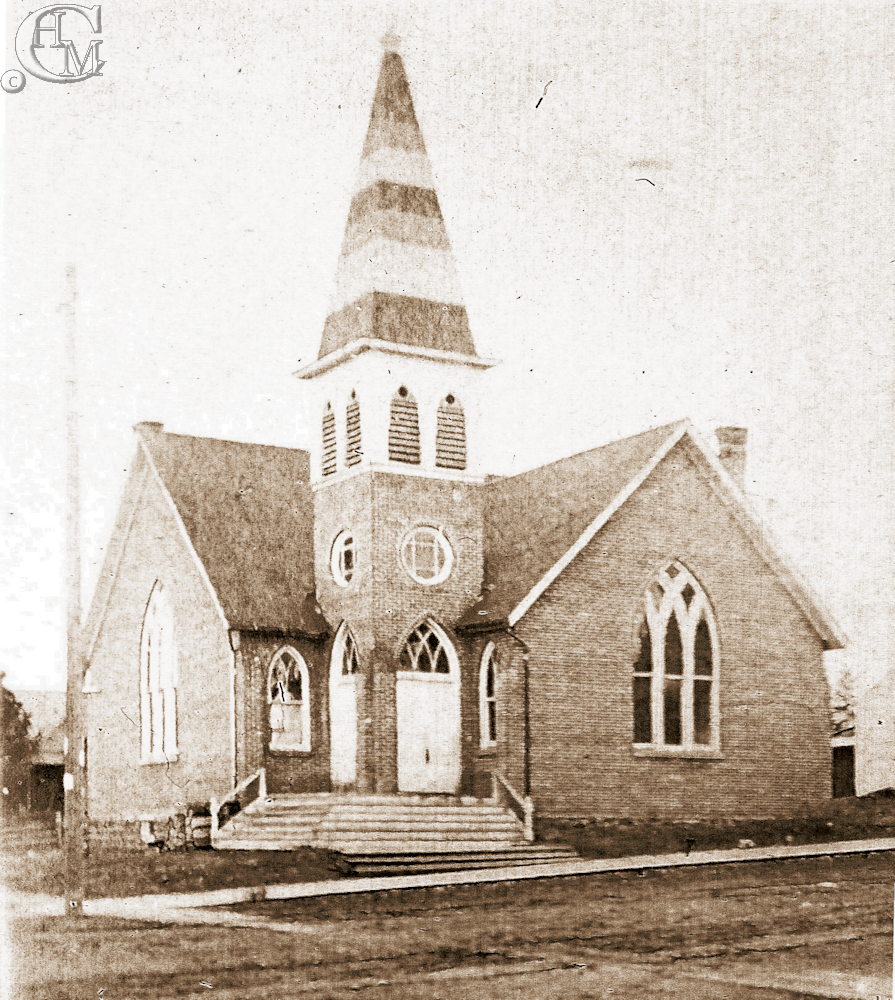 The pipe organ in the sanctuary. 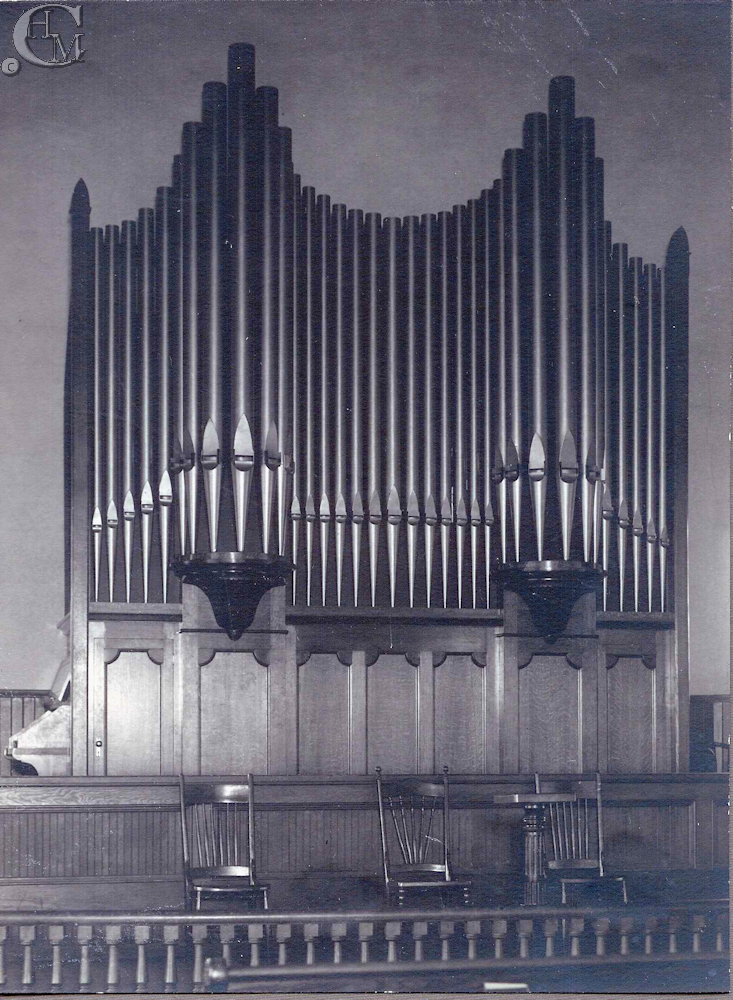 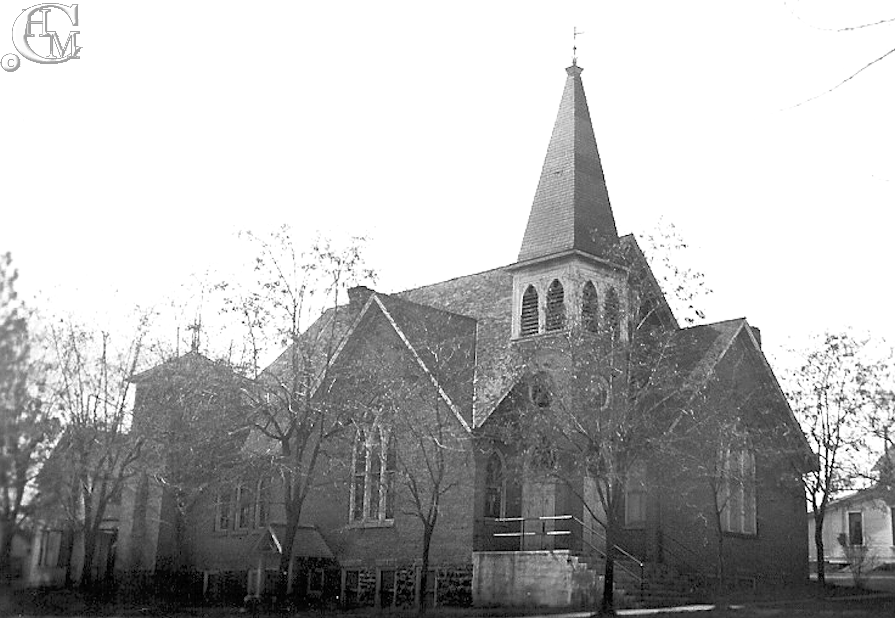 By 1889 the congregation had grown and prospered such that a new substantial brick church was constructed at the site of the present church at the northwest corner of 4th & G.  The new building cost $4,000 and was dedicated November 24, 1889 by Rev. R.H. Manier and Rev. V.C. Evers under the name First Methodist Church of Cheney.  At that time there were 70 members with 80 enrolled in the Sunday school.  Rev. Manier secured funds to install a large bell in the tower in 1891.

In 1902, wooden sidewalks were laid in front of the church and parsonage, and electric lights were installed in the church building.

In just a few years, the church building was deemed inadequate for a membership grown to 256. An extensive remodeling project of $9,800 was undertaken with funds raised and donated by the congregation.

In 1911, Professor Noah D. Showalter, president of the Normal School, made a trip to New York. While there, he called on Andrew Carnegie in the hopes that Mr. Carnegie could be persuaded to donate an organ to the church.  President Showalter was graciously received, but when he explained his purpose he was escorted to the door with an explanation the Carnegie's gifts were in the form of libraries.  While on their way to the door, they went through a hallway where many paintings were hung.  President Showalter, familiar with some of the paintings, expressed appreciation of the collection.  As they reached the door Mr. Carnegie said, “I have changed my mind.  You may have your organ.”  Mr. Carnegie gave $1,075 to the fund, Mary Betz was instrumental in raising the remainder of the $2,500 cost of the organ.

In November 1928, the First Methodist Church and the First Congregational Church entered into an agreement of federation.  The Federated Church lasted for 33 years.  The Methodists withdrew from the federation April 1, 1961 when the membership decided that it could best carry on its works as a separate denomination.  On that Easter Sunday each congregation held services in its own church.

The next change for the congregation came in 1968 when the world church joined with the Evangelical United Brethren and our local church was renamed the United Methodist Church of Cheney.

In the 1970s plans and fundraising was carried out to remodel and modernize the church.  In 1975 the old parsonage was torn down, and on December 5, 1976 the Consecration Service was held on the 'new' church.