The Aquia Church is one of the oldest active colonial churches still in operation in America. The church, located in Aquia, Virginia, was originally built in 1751. It is particularly notable for its unusual cruciform plan, three-tired wooden pulpit, and Aquia Creek sandstone trim. Visitors to the church can see evidence of its occupation during the Civil War and explore the famous "haunted" cemetery, featuring gravestones carved from Aquia stone. The historic church is listed on the National Register of Historic Places, and designated as both a Virginia and National Historic Landmark. 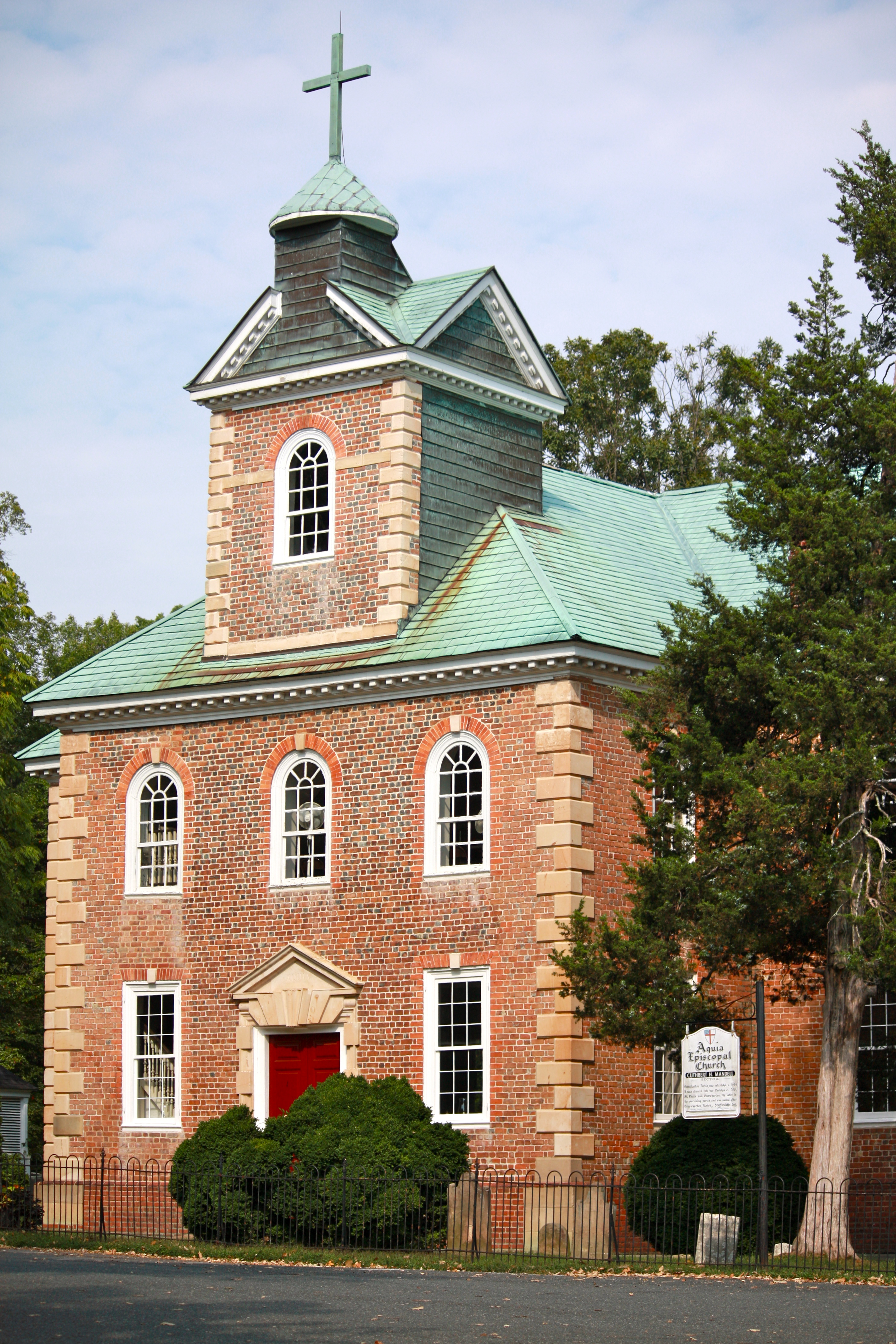 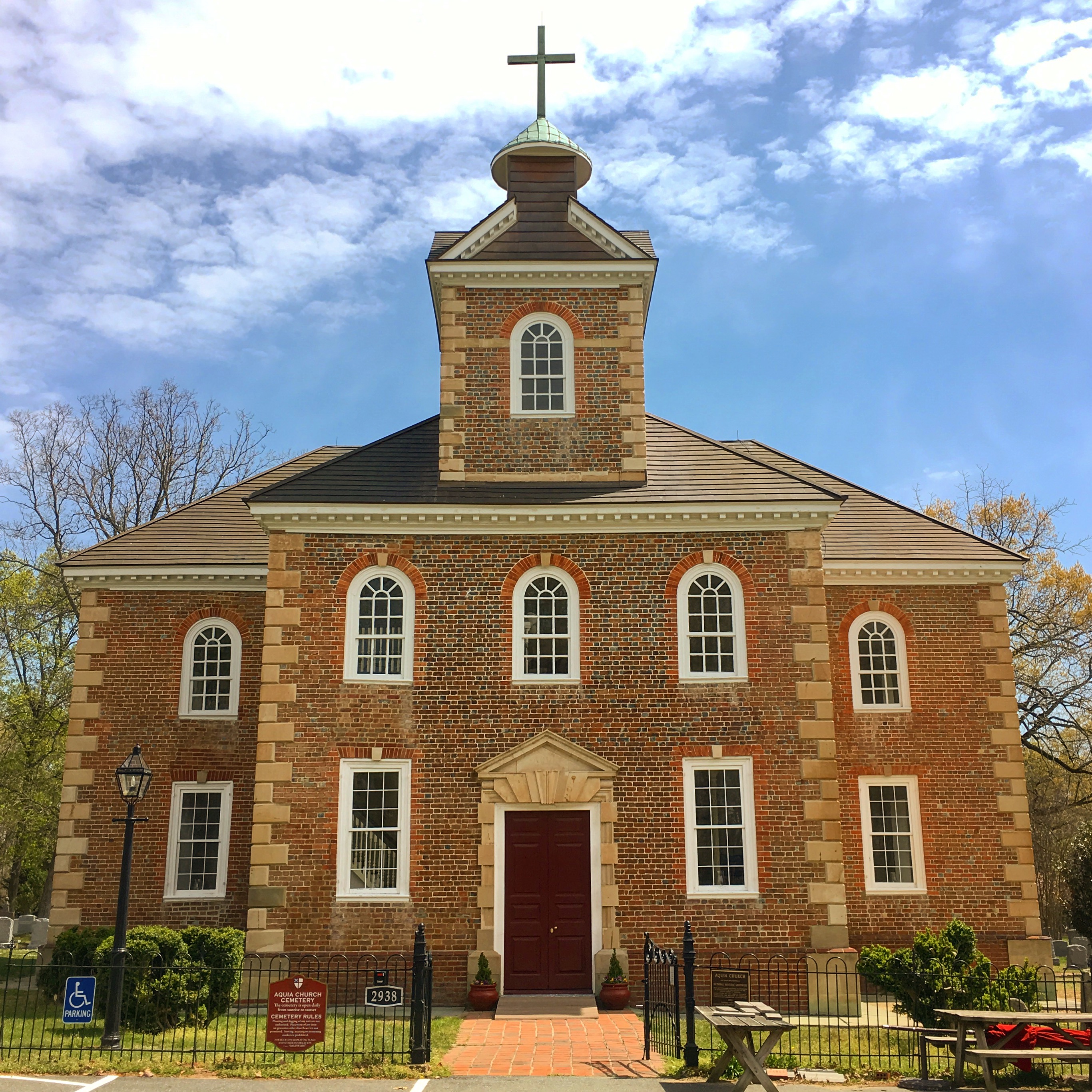 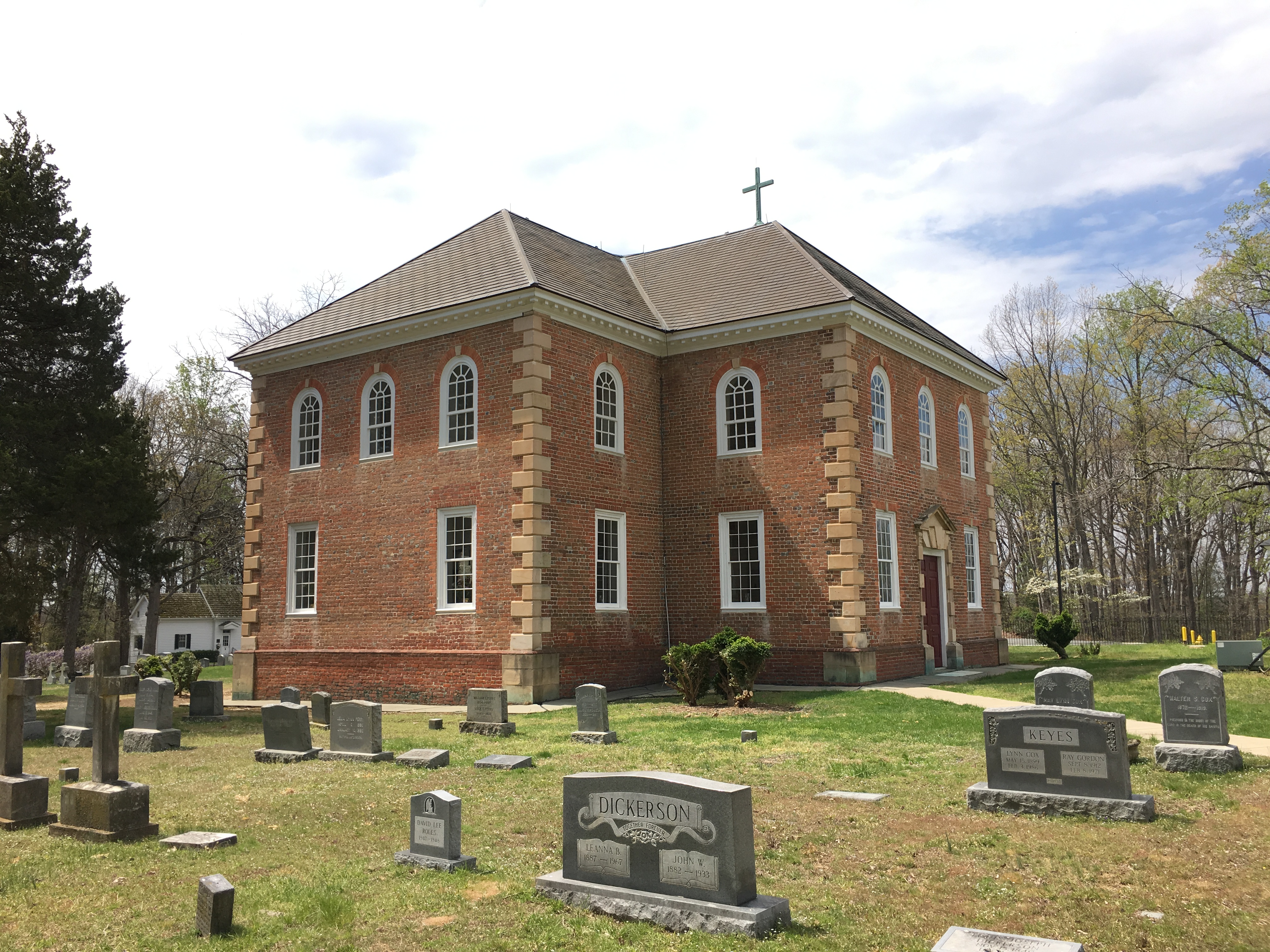 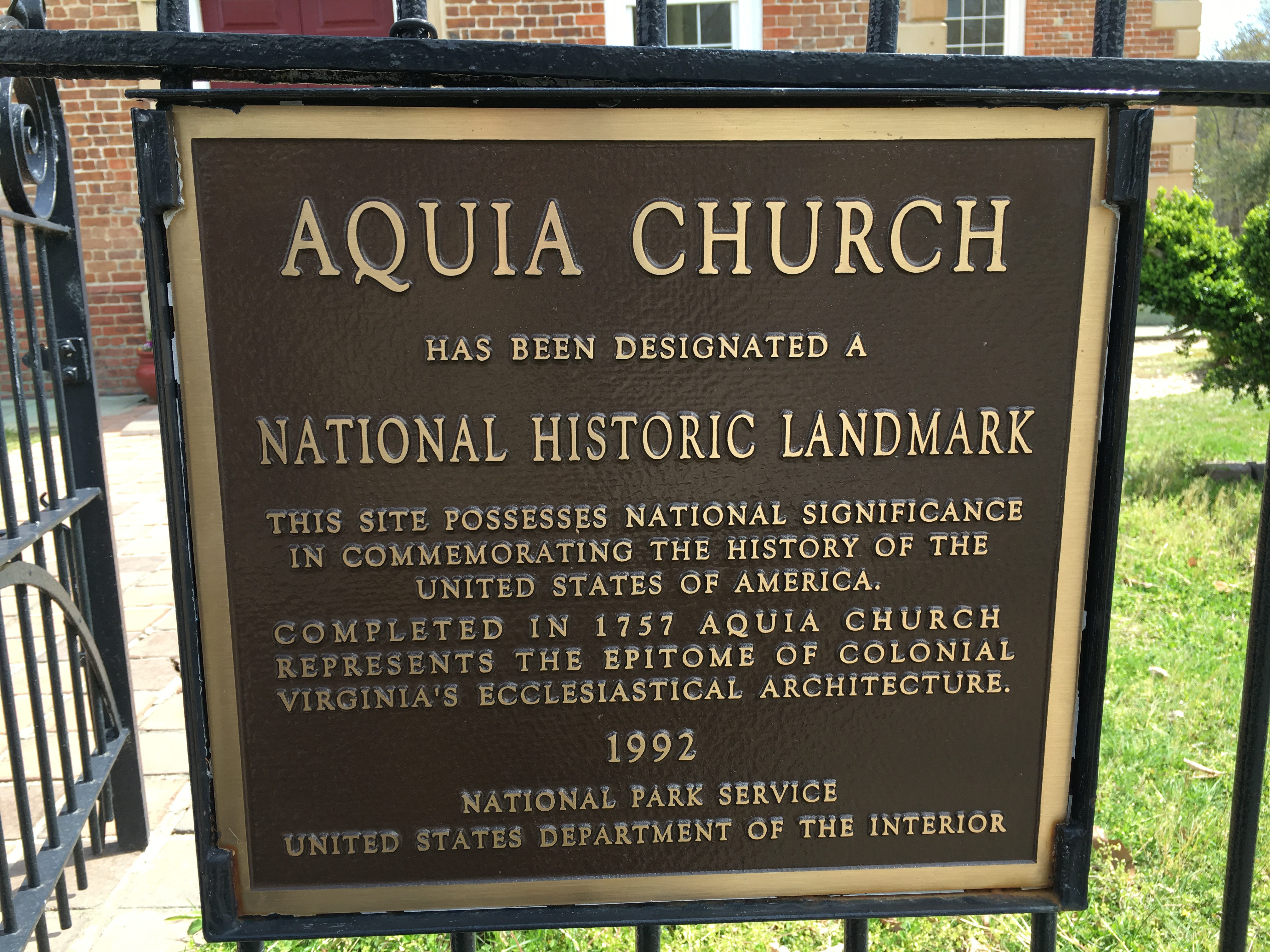 Aquia Church was originally constructed between 1751-1757 on the site of two earlier Anglican churches. It is a brick structure, Georgian in design and notable for its use of Aquia Creek sandstone (also called freestone). Most of the interior is original, and the detailed woodwork inside includes one of the most notable examples of colonial pedimented altarpieces in Virginia.

The history of the church dates back to when the Church of England was still the official church of Great Britain and its colonies. The grounds were part of Overwharton Parish, established in 1667 to serve the residents of northern Stafford County. In 1751, the Vestry of Overwharton Parish announced their intention to build a church in the Virginia Gazette, simultaneously advertising for a builder. Master builder Mourning Richards was selected as the contractor, and William Copein served as the stone mason; Copein would later work on Pohick Church in Fairfax County. Richards was paid 110,900 pounds of tobacco for his efforts.

The building was almost complete in 1755, when workmen neglected to quench a fire during the night. The resulting blaze gutted the interior of the structure, which had to be rebuilt from the surviving shell. Owing to the costly fire, the remaining work was largely financed through controversial levies placed upon the colony's citizens by the House of Burgesses. Aquia Church was finally completed in 1757.

During the American Civil War, Aquia Church was occupied by Union troops. Most famously, services were held for the 7th Pennsylvania Volunteer Regiment in February 1863. They noted:

During our short stay at this beautiful spot several religious services were held in this church in charge of our Regimental Chaplain, Rev. Henry Wheeler.1

Aquia Church served as a hospital and encampment, and some of the Federals are buried within the cemetery. The old pews were also used for stabling horses. They were trimmed down to a lower height during the post-War period due to damage incurred by the animals chewing on the railings. Names and units of soldiers who were stationed at the church can be still be seen where they were cut into the sandstone and tower.

Architectually, the Aquia Church is somewhat unusual in design; the Greek Cruciform plan and the inclusion of a full second story are atypical amongst contemporary colonial churches. The exterior is constructed of bricks laid in Flemish bond, trimmed with Aquia Creek sandstone quarried from Government Island (now a public park). The structure features a hipped roof with a short square tower, which is itself topped by a cross-gabled roof, circular cupola, and a cross. The foundation is 20th-Century concrete with a brick water table, which replaced the original foundation in 1915/16.

Of particular interest are interior decorations within the church. These include reredos of white woodwork and four arched panels in Black that are inscribed with the Ten Commandments, the Apostles' Creed, and the Lord's Prayer. Visitors can also view the original "three-tiered" pulpit, located at the southeastern re-entrant angle. Today, the Aquia Episcopal Church maintains an active congregation and offers a variety of community outreach programs. It is listed on the National Register of Historic Places (1969), designated as a Virginia Historic Landmark (1969), and included on the National Historic Landmark Registry (1991).