Mammoth Cave National Park is the longest cave system in the world. The caves developed over thousands of years in thick Mississippian-aged limestone strata capped by a layer of sandstone, factors that make the network remarkably stable. Explorers have discovered and mapped 390 miles of related caves. During the early 20th century, conflicts regarding ownership and control of the caves led to a period known as the "Kentucky Cave Wars" where various tour operators tried to gain control of the tourism industry through a variety of dubious methods. 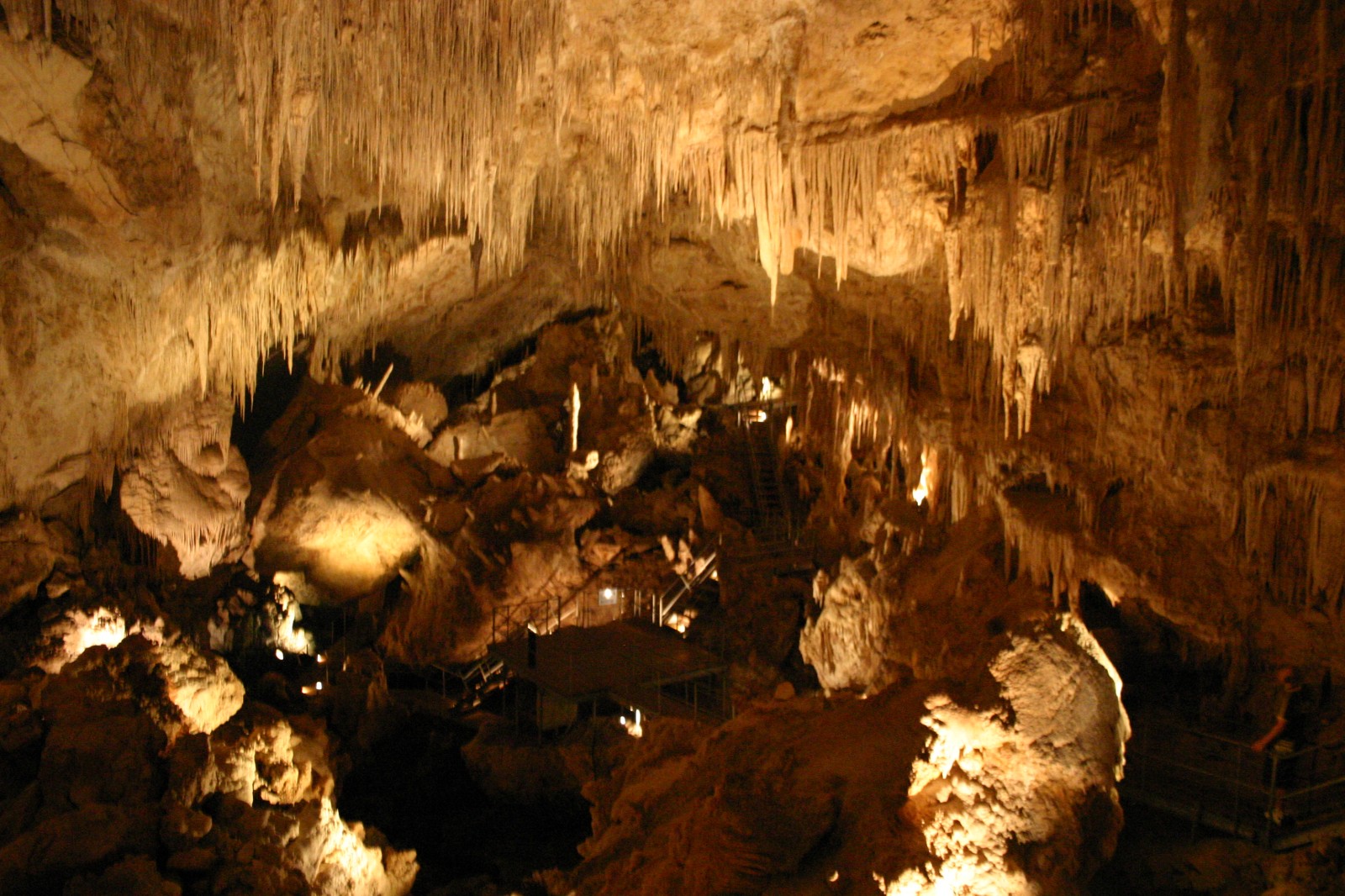 Scale of the Cave compared to a person 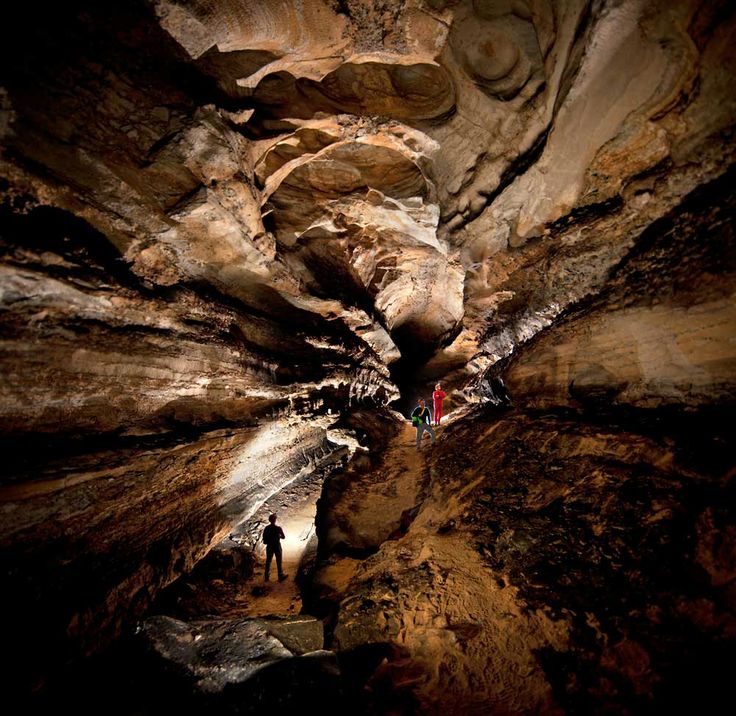 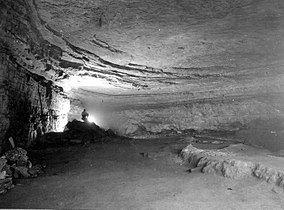 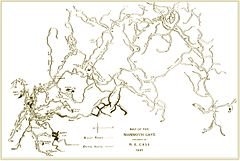 The world's longest known cave system, Mammoth Cave is one of the
true natural wonders of the world. Longer than the second and
third longest known caves combined (with 100 miles to spare!), this
National Park in Kentucky is an amazing Southern treasure.

It is believed that Native Americans discovered and entered
Mammoth Cave some 4,000 years ago out of curiosity and in search
of minerals and raw materials. They continued to use the cave for at
least 2,000 years and archaeologists have found many signs of their
presence deep underground in the park.

The early Native Americans were followed by Kentucky pioneers and
settlers who "discovered" the cave soon after coming over the
mountains to settle in the "dark and bloody land." By 1816, those who
had explored and knew the cave best began providing guided tours
to others. One of the South's first great tourist attractions,
Mammoth Cave was a popular destination long before the Civil War.

In fact, the cave system figures prominently in the black history of
America. Many of the earliest tour guides at Mammoth Cave were slaves who lived and worked in the area. One of these men,
Stephen Bishop is now widely recognized as one of the greatest explorers in Mammoth Cave history. He first entered the cave in
1838 and soon discovered many areas that no other human being had
ever seen. Many of the modern names applied to the unusual formations in the cave were originated by Bishop, who gained his freedom from slavery in 1856, but sadly died the next year. He is buried
at the "Old Guide's Cemetery" in the National Park.
The caves, of course, are much older than their human history.
Declared an International Biosphere Reserve in 1990, they were
formed over many, many centuries by the combination of water and
Kentucky's karst topography. Water running through the limestone slowly carved the fascinating chambers and passages and carried the
minerals that created Mammoth Cave's unique and beautiful formations.
Today the caves have been explored to a length of 360
miles, but all experts agree that hundreds of additional miles remain
to be mapped. Some believe that Mammoth Cave may ultimately
prove to contain more than 1,000 miles of underground rooms and
passages.

In addition to the remarkable cave system for which it is named,
Mammoth Cave National park also preserves a beautiful and
pristine above ground ecosytem. The cool, clear Green River flows
through the park, that also offers picnic areas, spectacular scenery,
miles of hiking trails and more.