This handsome building was constructed in 1907 by the Mobile and Ohio Railroad, which, in 1940, merged with the Gulf, Mobile and Northern Railroad to form the Gulf, Mobile and Ohio Railroad. Architect P. Thorton Marye designed the station in the Spanish Revival style, giving it its unique appearance. Today it is the home of the South Alabama Regional Planning Commission, which is a government agency that facilitates community development, employee and economic development, grant administration, senior social services, and transportation planning. The station, which was added to the National Register of Historic Places in 1975, is one of the two largest train stations in the state.

The Gulf, Mobile and Ohio Passenger Terminal was built in 1907 and now is home of the South Alabama Regional Planning Commission. 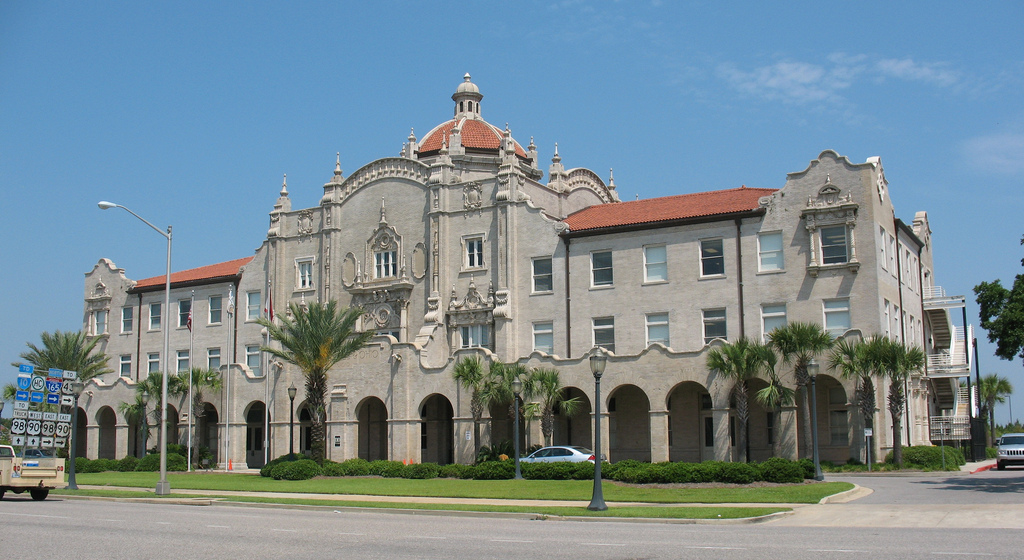 The Mobile and Ohio Railroad was a key player in Mobile during the pre-Civil War era. The purpose of the railroad was to connect Mobile with the Mississippi River at Memphis, Tennessee as well as with railroads in the Midwest. During that period, the city of Mobile hoped to draw trade away from New Orleans.

Passenger service ended at the station in the late 1950s and was transferred to another smaller station. The company kept offices at the station but the building itself gradually fell into disrepair; the interior was also altered significantly over the years. In 2001, the city and a private company partnered to renovate the building.