Known for its ancient, fossilized trees, Petrified Forest National Park is part of a larger geological region that includes the Grand Canyon. It was established as a national monument in 1909 and later a national park in 1962. The trees date to the Late Triassic Period (225 million years ago) and are scattered throughout the park. Other fossils found from that period include plants and animals, including early dinosaurs. The park's climate is not a desert but rather a semi-arid landscape consisting of short-grass prairies and grassland. It snows here during the winter and rain falls during the annual monsoon season. There are three visitor centers, including the Rainbow Forest Museum, which is located on the southern end of the park. The museum features an 18-minute film about the park and exhibits that display petrified tree, plant, and animal fossils. Information and backcountry permits can also be obtained here.

The petrified trees in the park are 225 million years old and are widely dispersed in the park. 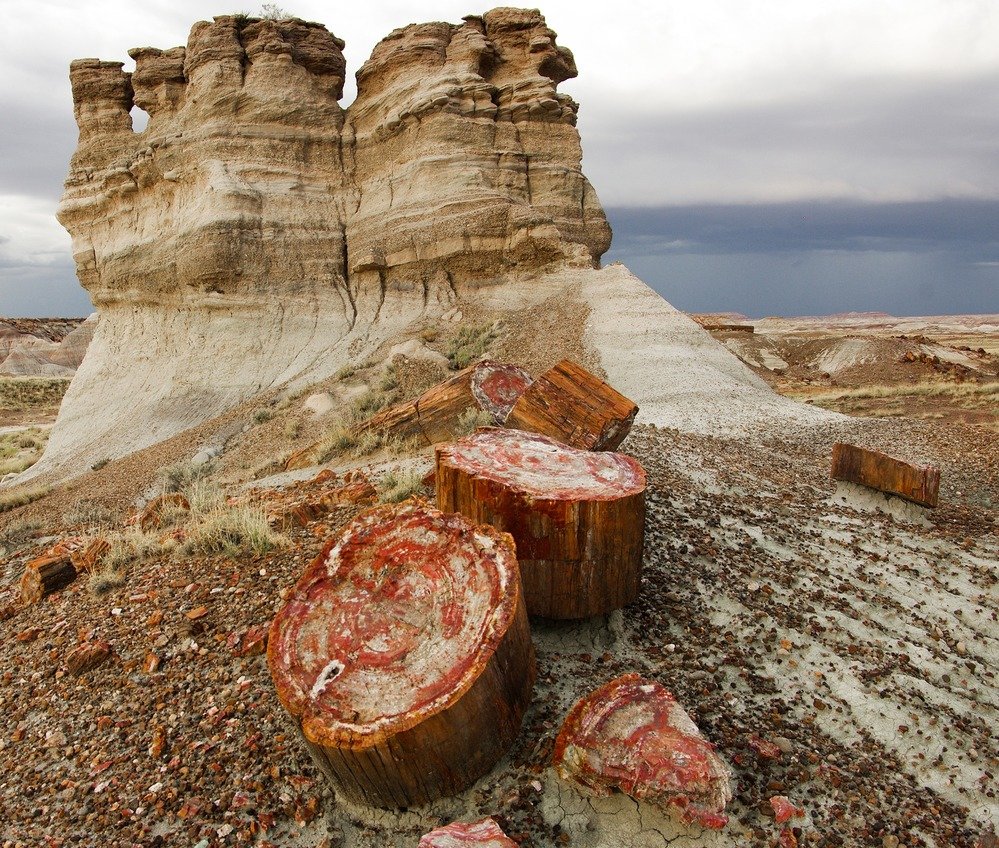 Theft of petrified tree fossils has been an ongoing problem for the park. 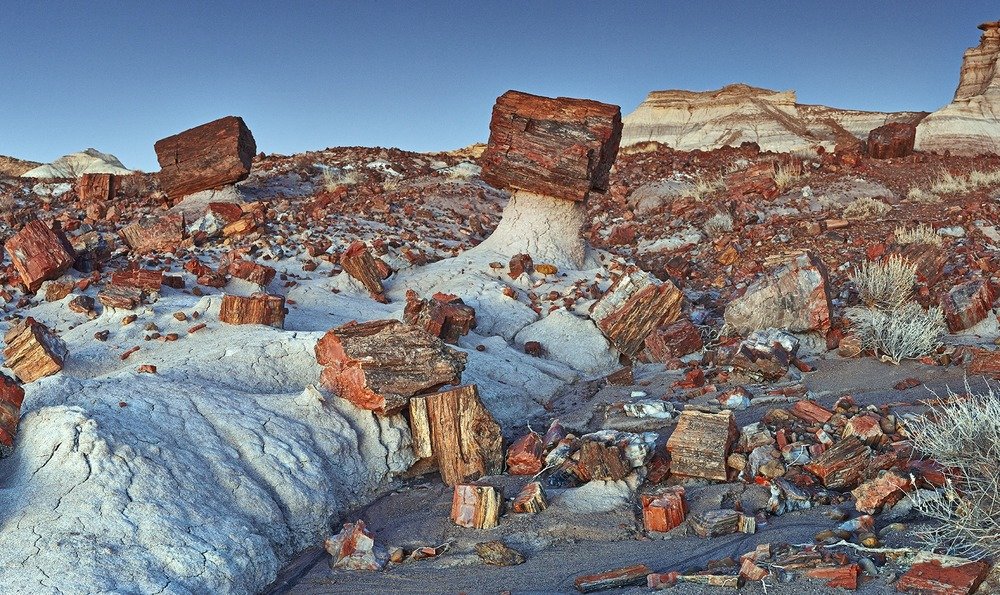 The landscape is semi-dry and quite rugged but appropriate for cattle grazing. 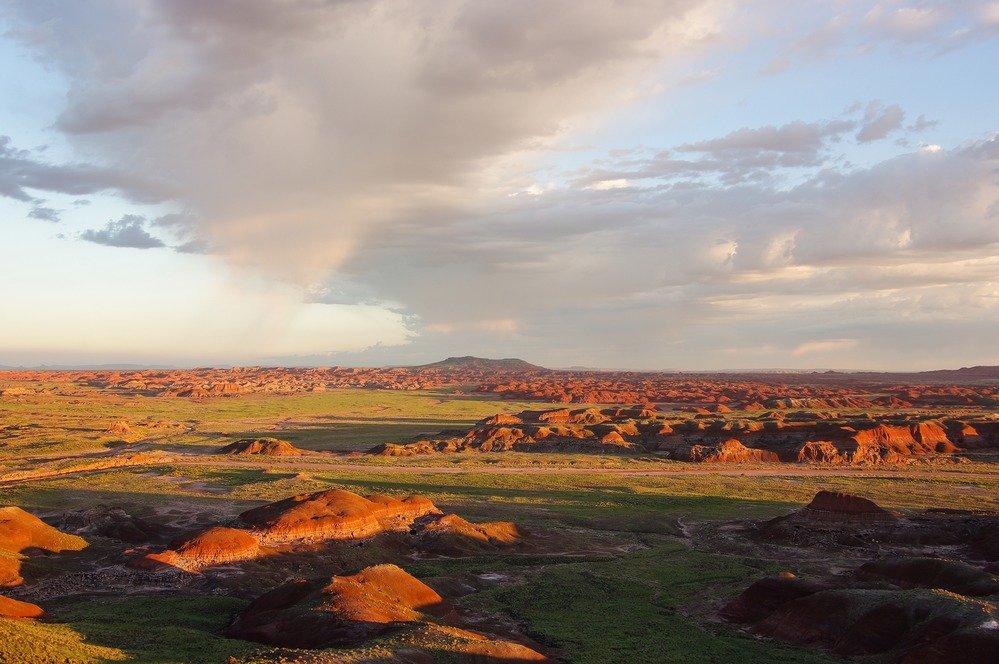 Geologists, anthropologists, and paleontologists conduct research in the park on a regular basis.

Ancient petroglyphs are scattered throughout the park. 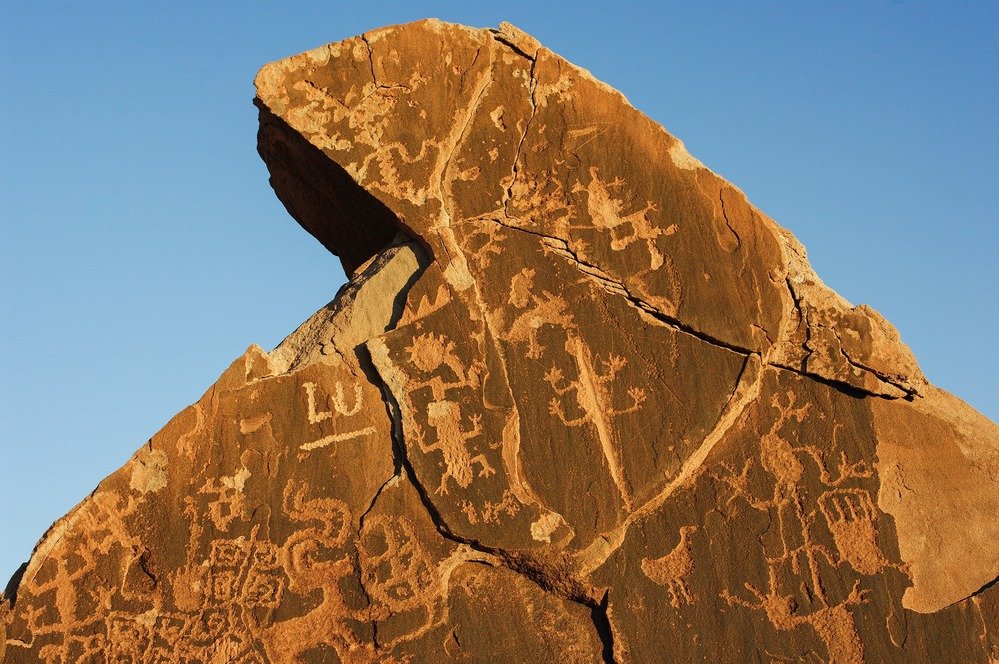 Humans have inhabited the park for 13,000 years. The first to arrive were nomadic Paleoindians. The climate was wetter back then and they found plenty of game to hunt, including mammoth and bison, and food to gather. Over time, the climate slowly began to change, becoming drier and forcing humans to adapt. They became less nomadic and more sedentary and began to grow crops such as corn, squash and beans. They also started to build permanent structures to live in and began to make baskets and ceramics. The Pueblo Indians lived here and surrounding region from 650-1540 C.E. They are known for their unique buildings called pueblos, the most famous of these can be found in Chaco Canyon National Park in New Mexico.

In the 16th century, Spanish explorers became the first Europeans to enter park area. Further exploration and eventual settlement took place in 19th-century as the Southwest became U.S. territory. Homesteaders arrived in the park in the late 1800s, attracted by the grasslands on which cattle could graze. Grazing occurred until the 1950s and some ranches remain outside park boundaries.

Generally 8-5pm every day except Christmas.