After inheriting $20 million, Colonel Edward J. Baker (1868-1959), one of St. Charles's most famous historical residents, aimed to build the "biggest small hotel." In 1926, Baker purchased the site of the old Haines Mill and hired a firm to build the hotel. The Baker hotel blended the latest technology with Spanish Romantic Revival architecture that's similar to the features found across the Fox River on the Arcada Theatre. 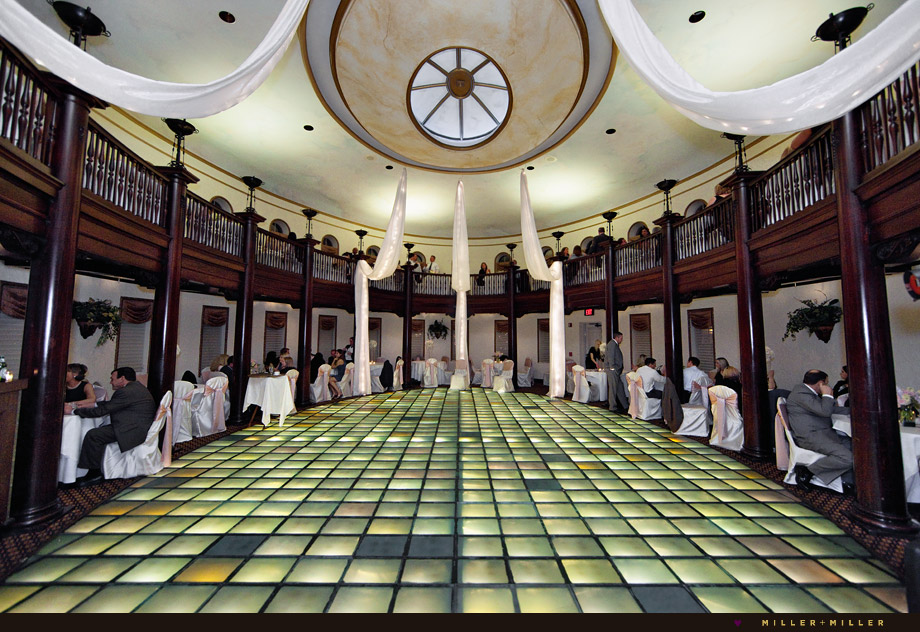 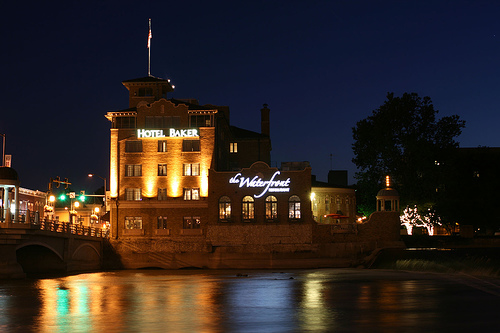 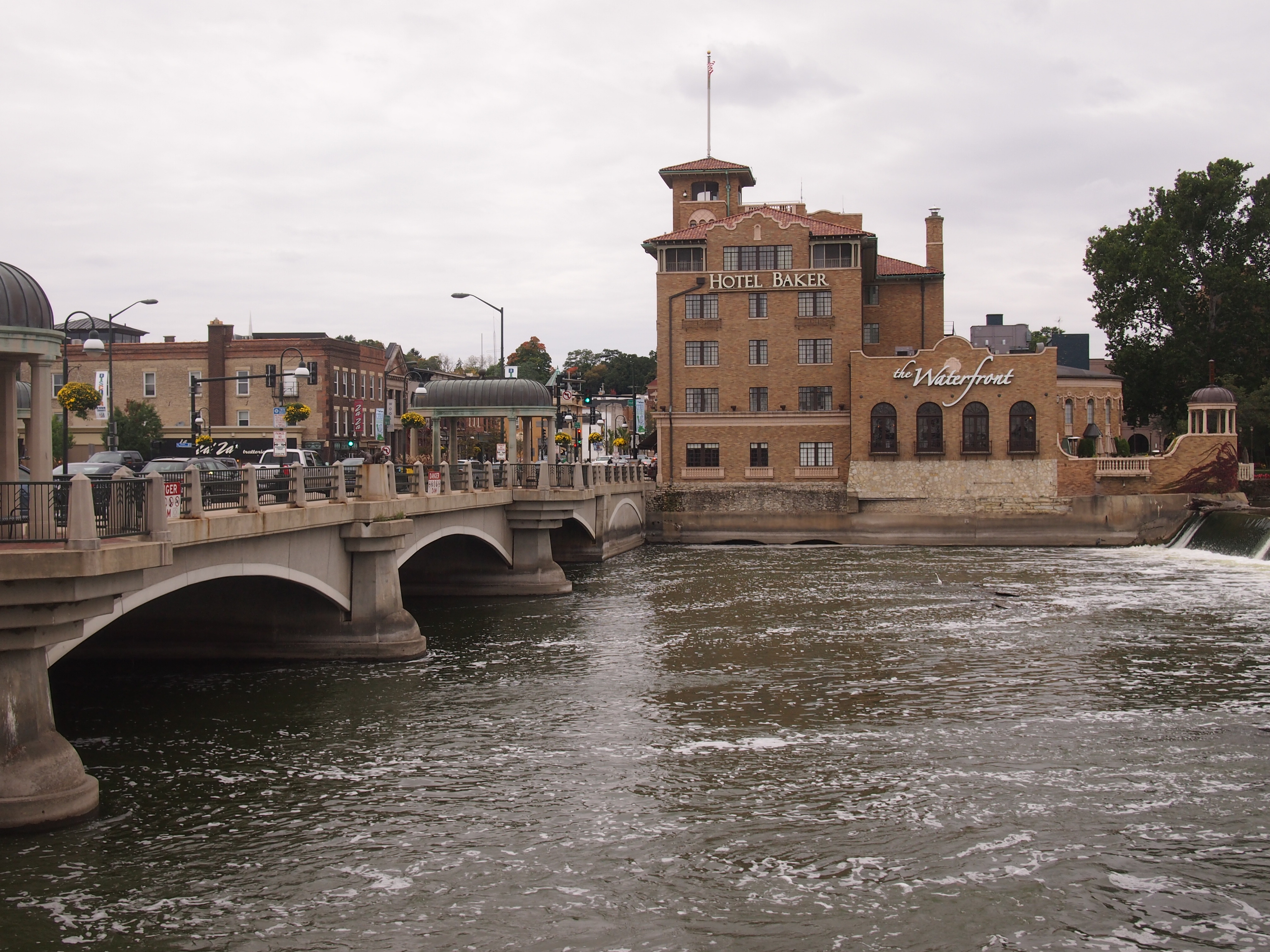 Hotel Baker was built in 1928 on the site of old Haines Mill and celebrated its opening with a grand dinner for more than 300 people. The building sits on the banks of the Fox River and stands as a physical reminder of the growing post-World War I economy and a culture of consumption and leisure afforded to the middle and upper classes during the 1920s. Baker himself, a native of St.Charles, who earned the honorary title of “Colonel” thanks to his excellent luck in horse racing, inherited nearly $20 million from his sister, Dellora Baker Gates, heiress to the Texaco Oil Company. He used the inherited oil money to build and furnish the most luxurious small hotel in the country, which cost more than one million dollars and included the era's most modern conveniences.

Although Baker used the money from his sister to build the hotel, he was no foreigner to lavish lifestyles; he made his millions in the barbed-wire manufacturing industry. The fortune he amassed allowed him to travel extensively including to Spain, which influenced his vision for the Baker Hotel.  It also moved him to spare no expense for the inclusion of modern amenities. For instance, Hotel Baker was one of the few hotels in the world to generate its own electricity by channeling the power of the Fox River The river poured through underground sluice gates into alcoves where it turned dual-fifty-kilowatt generator turbine blades before returning to the river.

The two-story ballroom and dining room had a dance floor lit-up with 2,620 yellow, red, green, and blue lights under 300 glass blocks, and was wired for more than 63,000 watts of electricity. The lights within the floor and the damn outside on the Fox River were synchronized with the music from the Spanish Renaissance-style pipe organ, creating a festive ambiance with a bright kaleidoscope of color. At the time there were only three lighted floors of its kind in the entire world, and the $30,000 pipe organ (equivalent worth of $400,000 today) was 100% unique, being designed solely for the Hotel Baker.1

While the hotel offered modern conveniences and amenities to guests, the luxurious Rainbow and Trophy Rooms remained the highlights of one's visit. The Trophy Room, named for the number of horse racing trophies displayed, imitated a Spanish courtyard: balconies, awnings, a fountain, and a simulated sky all contributed to the creation of this environment. The Rainbow Room, with its oval glass block floor and custom pipe organ, provided guests with a dazzling place to dance and dine. The Rainbow Room played host to many entertainers, politicians, and significant figures, such as Louis Armstrong, John F. Kennedy, and evangelist Billy Graham.2

Early visitors including traveling Chicago residents, looking for a weekend getaway or vacation away from crowded Chicago. But, the 1930s depression changed how people spent leisure time, and made lavish hotels less appealing, hurting business. Nonetheless, the hotel remained profitable, notably for those getting married. In fact, from the 1930s to the 1950s it gained the nickname "Honeymoon Hotel."3

Dellora Norris, Baker's niece, inherited the hotel when Col. died in 1959. She attempted to sell the hotel, but a lack of interest inspired Dellora to come up with a second plan --  she donated it to Lutheran Social Services of Illinois in 1968. After three years spent remodeling the hotel, The Lutheran organization opened it in 1971 as an interfaith, non-denominational residence for the elderly, although the first floor remained open to the public. The hotel functioned as an elderly residence until 1996 when Craig Frank and Neil Johnson bought the hotel. Following another renovation that cost upwards of $9 million, Hotel Baker opened again during a 1997 New Year's Eve party as part of a grand reopening and a move towards reclaiming its original purpose as a lavish hotel, but it suffered financially and closed again in 2002. However, computer consultant and real-estate investor Joe Salas purchased it at an auction, saving it, and helping it flourish again.4

In 2016, the online wedding site, "The Knot," rated Hotel Baker as the Best of Weddings Pick," reclaiming its prominence as a popular spot for young married couples (or soon to be married). Though it was been updated many times, the hotel's original architecture has largely been kept intact. As such, one can still walk through the ornamental doorway into the Spanish-Moroccan inspired foyer and extravagant lobby.5

The architecture reminds one of a time prior to the Great Depression when ornamental architecture represented a burgeoning economy resulting from years of gilded-age wealth (for some), when the post "Great War" economy was booming, when the country transitioned from horses as a main form of transportation to that of sport -- horse racing, and when oil-based cars and railroads became the dominated means with which people traveled.6

It remains an operating hotel, thus it is open 24 hours.