William H. Dickens was an early pioneer of the St. Vrain River Valley. He was promienent in farming and business in the Longmont-Boulder area. Wanting to bring culture to the town, he had this opera house and tavern constructed in 1881. For many years, it also served as a community center. Social and cultural activities raged within its wall. The house and tavern are still in operation today.

Dickens Opera House and Tavern as it looks today 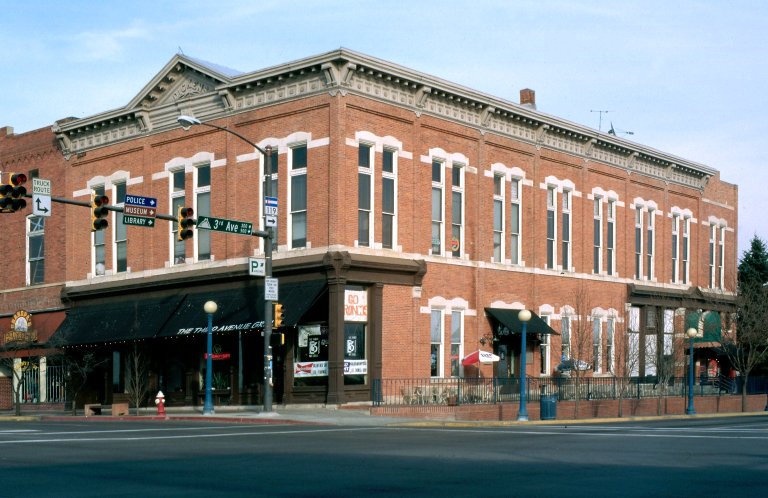 Circa 1884. The Buckingham Hose & Ladder Company stands in front of the Opera House. Courtesy of the Longmont Museum 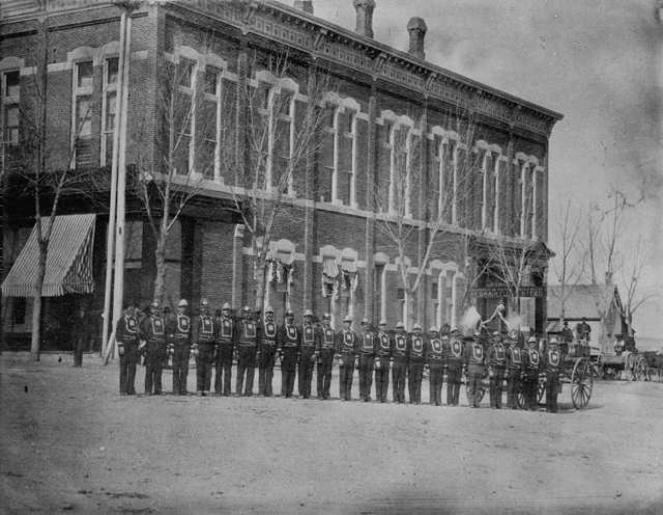 A bartender around the turn of the 20th century 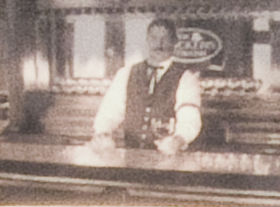 Fire crew manage to save the opera house during the tragic 1905 fire. Courtesy of the Denver Public Library 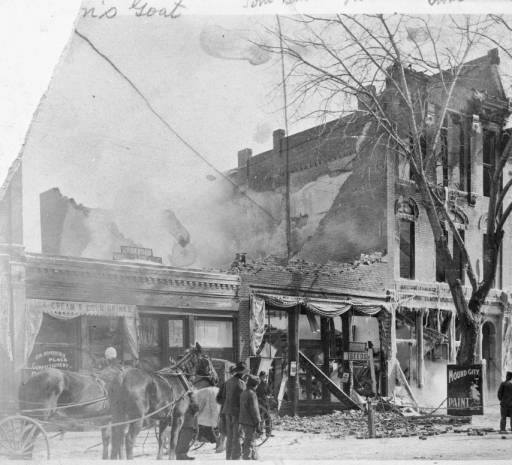 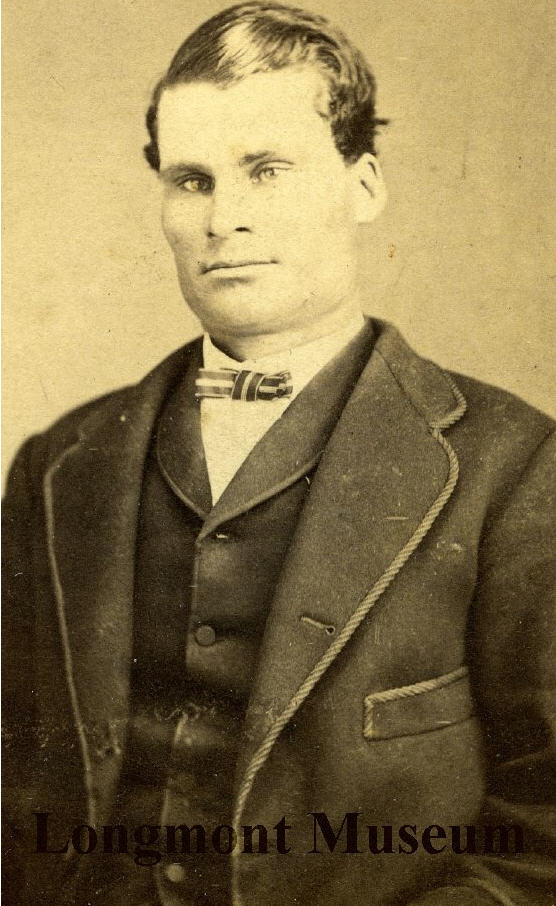 Originally built in 1881 by William Henry Dickens a relative of the famous author Charles Dickens, William Henry came to the area in 1860 as a young man, the son of Mary Allen. When he built the opera house he was one of the largest land owners of the time. The parcel that the building sits on was given to his father by Ulysses S. Grant, the president.

His goal with the opera house was to bring society and culture to a growing community. He furnished it with lavish sets. The building also housed the original Longmont college in 1885 until a building was completed on Atwood Street.

The site survived the devastating fire which destroyed much of downtown Longmont and has continued to operate under many business ventures since. It first was a bank and the original vault remains. There are those that believe the opera house and bank below house a presence of past occupants still in the walls and corridors.

In the Tin room, there are two large portraits of the early days of the bank and the bar. If you look carefully you can make out the image of the terrier that Wm Dickens owned. There is, in another shot the headless torso of a waitress in front of a window. . . believe it or not. See for yourself.

In the early days many of the transients and homeless were allowed to spend the nights in the basement in exchange for cleaning up after the parties. They enjoyed eating and drinking the leftovers of the guests. There is a tale of an actor and his girlfriend who were discovered and killed by the irate husband of the actress. They may still be there...

We encourage any one to add to the historic tales of the past in this famous landmark when you dine with us."

William Dickens was murdered in 1914. His murder has yet to be solved.