Also known as the Highland-Lawn School, Highland was Boulder's fourth school when completed in 1892 and was used until 1971. When abandoned in 1971, plans were underway to demolish it, however, civic leaders wanted to save the building, so they worked to have it placed in the National Register of Historic Places. It is now home to Highland City Club, a local social and civic organization.

Highland school, students and faculty just after it opened in 1892. Courtesy of the Highland City Club 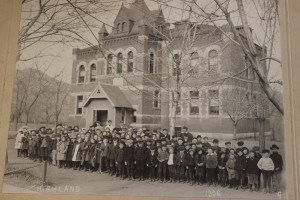 Highland School as it appears today 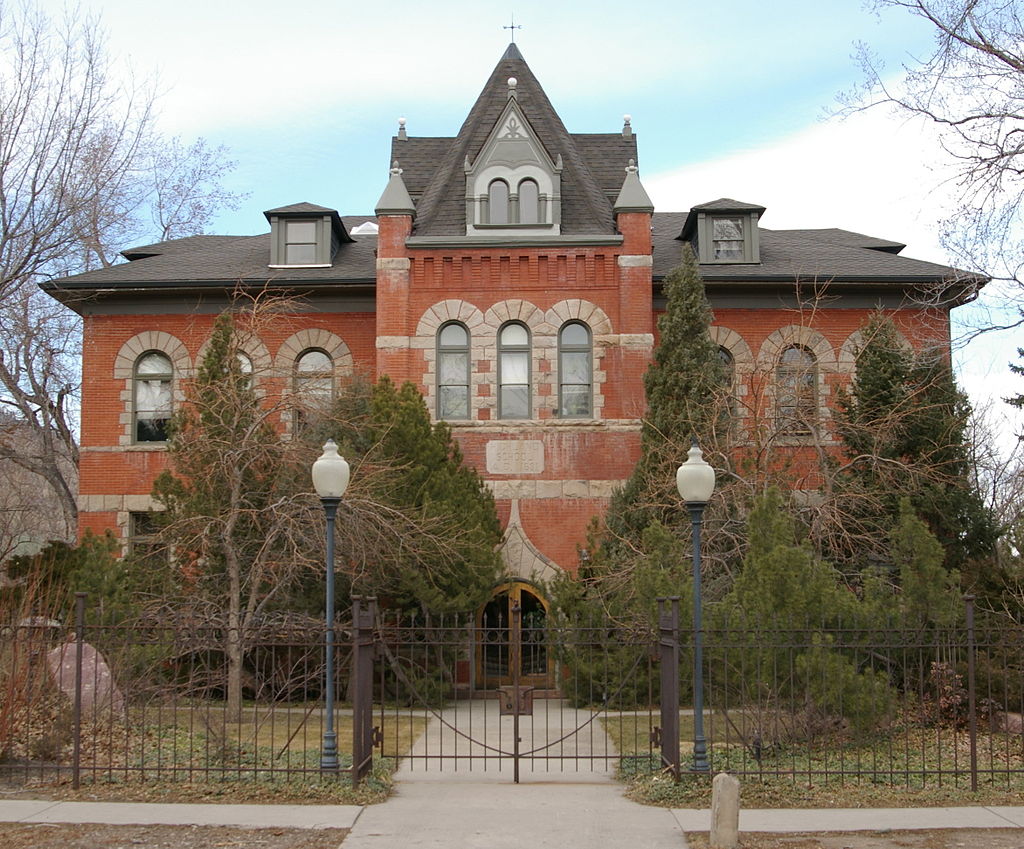 "The central building on our campus, built as the Highland-Lawn School in 1891,  was designed by Denver architects Ernest Varian and Frederick J. Sterner using red brick and blonde sandstone quarried from local sites. Its location at the intersection of Boulder and Gregory Creeks was chosen specifically for its elevated grounds to protect against the threat of flash floods.

Built in the midst of the Gold Rush, Highland School was the fourth permanent school in Boulder and specialized in elementary education. In 1923, Boulder experienced significant population growth and overcrowding in its schools, prompting the School Board to double the size of the Highland School building. Plans proceeded to erect an additional wing on its north facade in such a way that the wing appeared completely congruous with the original structure. To this day, it is difficult to tell where the original building ends and the 1923 addition begins; only the foundation materials — stone in the original and cement in the addition — betray the difference between the two.

Due to decreased enrollment cause by the suburban sprawl of the 1950s, the School Board closed the Highland School in 1970, and Highland was threatened with demolition in 1971 along with two other significant Boulder buildings, the Union-Pacific Depot and the Central School. In 1972 a group of local community members gathered to create Historic Boulder, an organization with the primary purpose of preserving these three historic buildings and others like them. Through the combined efforts of Historic Boulder and the building’s eventual owner, Sinco International, Highland was protected and registered in the National Register of Historic Places in 1978.

Sinco International then began the long and labor-intensive process of renovation and adaptive re-use of Highland into the multi-use facility it operates as today. Maintaining the integrity of the original architectural design was the utmost priority for the renovation, and that dedication is apparent throughout the new interiors. From rich oak wood paneling and solid brass fixtures to high ceilings and antique overhead lighting, the history of the Highland building is alive and well in each and every room.

Our most recent project at Highland is the transformation of our third floor into a modern co-working space. We’ve opened up the entire floor plan to create a versatile work environment with plenty of natural light, adaptive workstations, and stunning views of the Flatirons."