The building in 1969. Photo from the University of Washington Libraries, Special Collections Division, photo by Victor Steinbrueck 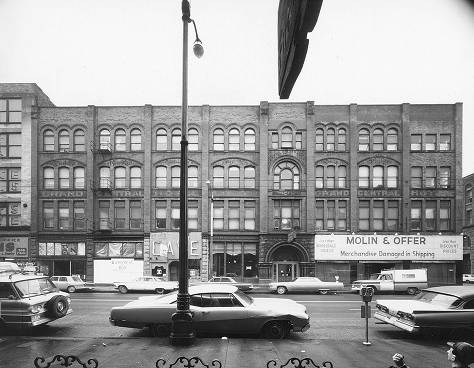 The building was commissioned by real estate investor and political leader Watson C. Squire along with his business partner Norval Latimer in 1891. This was part of the construction boom in Seattle following the great Seattle fire of 1889 which had destroyed much of the downtown buildings in this area. The Grand Central Hotel opened in this building in 1897-a time when the city was full of transient workers and miners on their way to or from the gold fields in the Yukon.

By the late 1960s, this and many other buildings throughout the Pioneer Square had fallen into disrepair and were in danger of being demolished. However, the building was saved when local developers decided to place a bet on urban re-development. Thanks to the conversion of a parking lot into Occidental Park, the building now faces one of the most beloved urban spaces in the city and is home to a popular local bakery and numerous other shops.