The Weiss House was once the small cottage home of Carl Weiss, the man who, according to the official story, shot prominent Louisiana political figure Huey Long (1893-1935) on September 8, 1935. Long died two days later after surgery failed to save his life; he was only 42 years old. Weiss was the son-in-law of judge Benjamin Pavy, who was one of Long's numerous political opponents. A few months earlier Long accused Weiss' wife of being mixed race and even fired her uncle from his job as a principal and sister from her job as a teacher. In retaliation, the story goes, Weiss decided to take revenge on Long. The house was demolished in 1970.

The historical marker near the site where Weiss' home once stood. 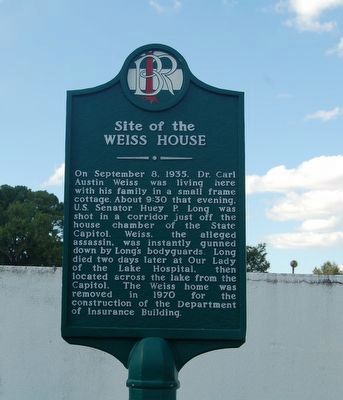 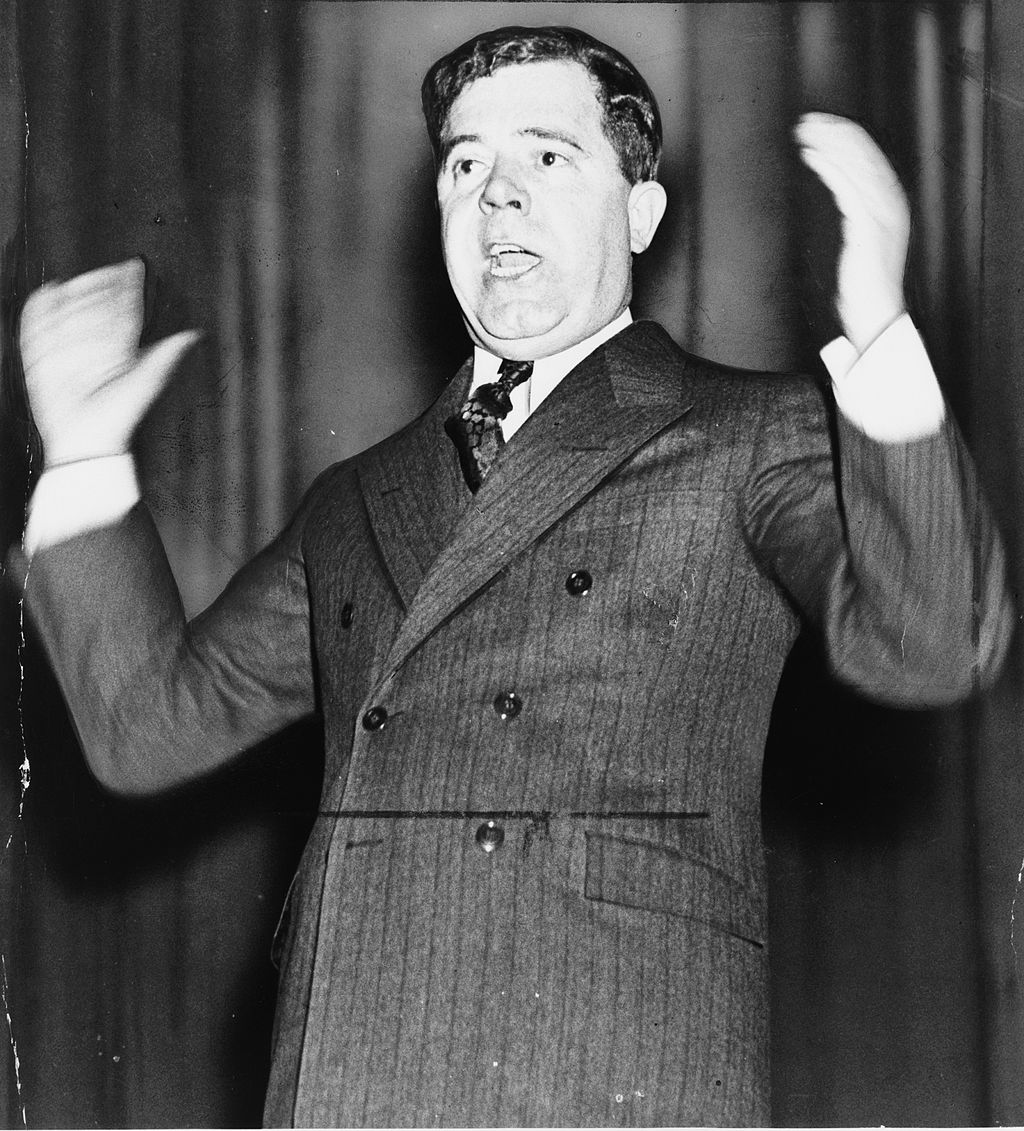 Long rose to prominence in Louisiana as a staunch populist, highly critical of big business and strong advocate for the redistribution of wealth. He served as governor from 1928-1932 and as a U.S. senator beginning in 1932 until his death. During this time he was undoubtedly the strongest political figure in Louisiana and had aspirations to run for president. He had many opponents who accused him of demagoguery. Franklin D. Roosevelt, who was president at the time, considered Long "one of the most dangerous men in the country." Unfortunately for Long, the state physician who conducted the surgery was unqualified and botched the procedure. Ironically, it was Long who appointed him when he was governor.