A hotel has stood on the northeast corner of Washington and Jefferson Streets since before the Civil War. Dr. Milton Dunlap purchased the corner lot in 1842, moved two buildings, and had a brick building built in their place. This building served as the doctor’s residence and office as well as providing space for the Dunlap & Hyer store and post office.

Early view of the corner location 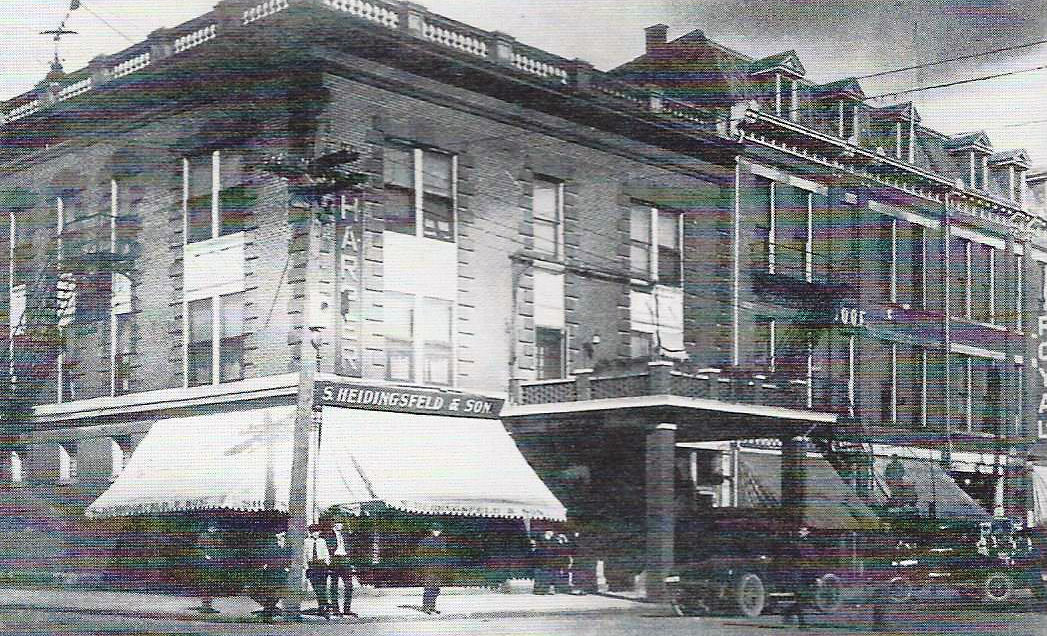 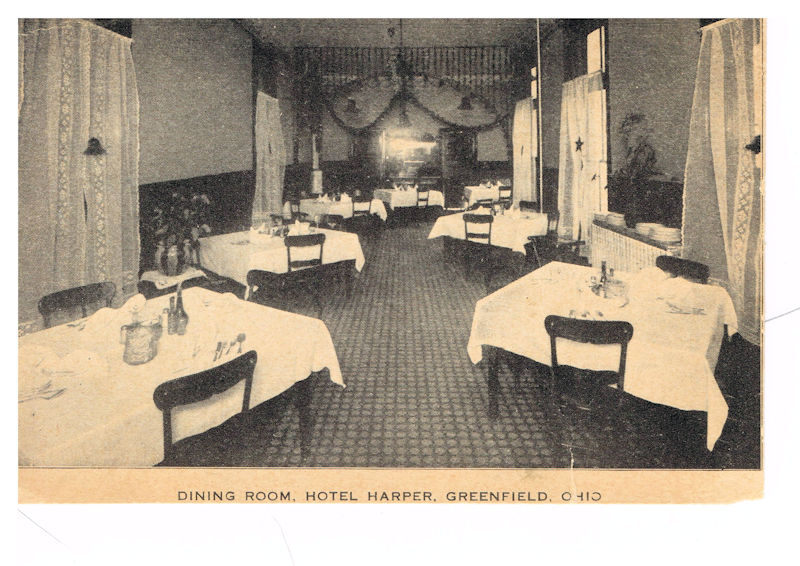 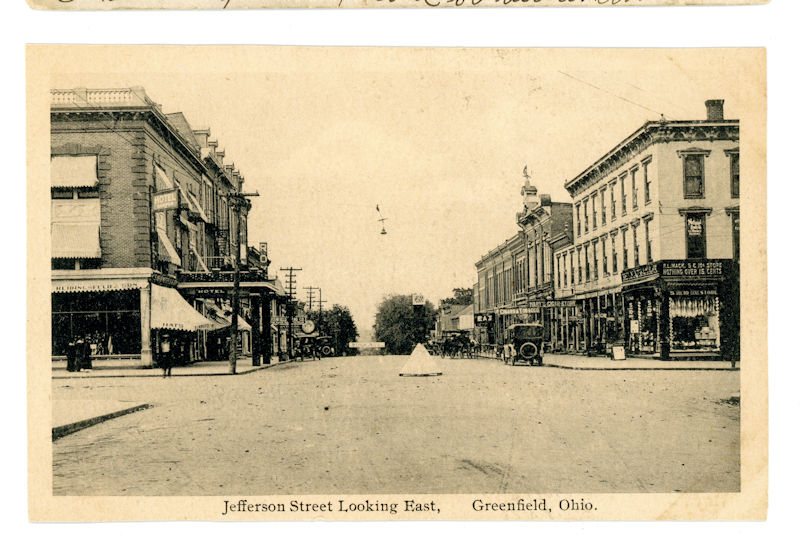 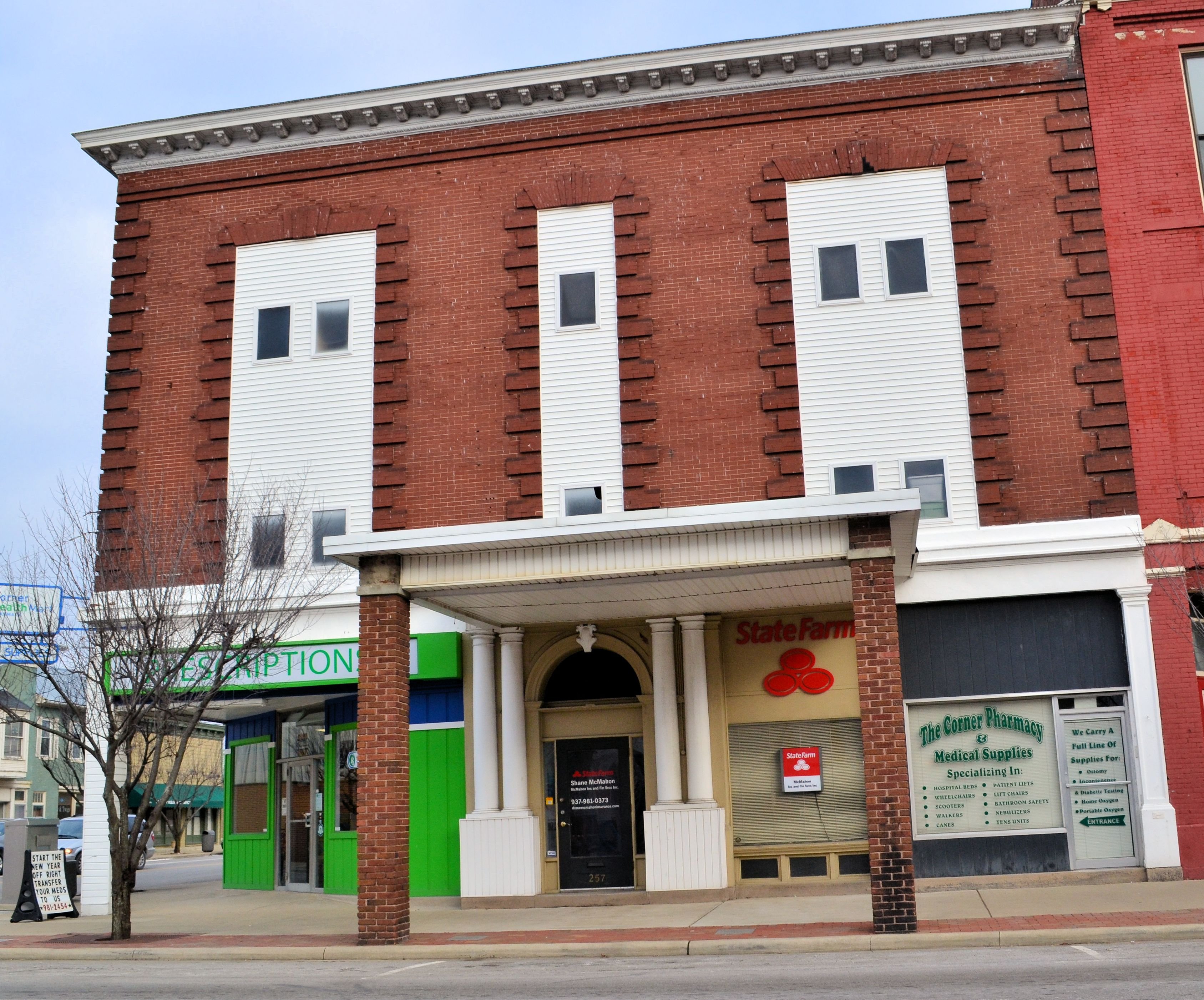 In 1852 the Dunlaps moved to their new home on South Washington Street, and the old home was remodeled into a hotel named the Dunlap House. A. G. Franklin acquired the hotel, renamed it the Franklin House, and added more rooms onto the rear.

After Jesse Harper purchased the building in 1861, the building was extended to the alley by removing a log stable that hid escaping slaves on their way to freedom. Harper changed the name to the Harper House and operated it until 1884 when Henry L. Dickey purchased the business.

In 1901 the Harper House was showing its age, so Dickey had the building torn down and a new structure built, which opened for business in 1902. This new Harper House was owned by descendants of the Dickey family until 1948 when W. E. Seilkop purchases the building and remodeled the storefront on the corner for his Corner Pharmacy.

One well-known resident of the Harper House was Frank Raymond Harris Harris, Greenfield educator and world traveler. F. R., as he was known, lived in the Harper until he retired in 1939 when he built a brick home on the northeast corner of McClain and North Fourth Streets. Besides the Corner Pharmacy, the corner storefront was occupied for many years by the Heidingsfeld Men’s Store.