Not to be confused with the Indian mounds on the LSU campus, this mound has beed dated to around 1,000 AD during the Cole Creek culture period. The mound probably had sacred buildings on it and/or a platform from which the chief would address his people. A village likely surrounded the mound. During the 1800s, the mound was used as an officer cemetery for the nearby Baton Rouge Post and Arsenal. Just a few feet from the marker is another historical site commemorating the 1779 Battle of Baton Rouge, the only battle during the American Revolutionary War fought outside of the colonies.

The marker, with the Battle of 1779 site behind it 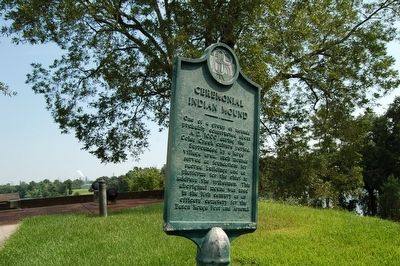 Better view of the mound itself 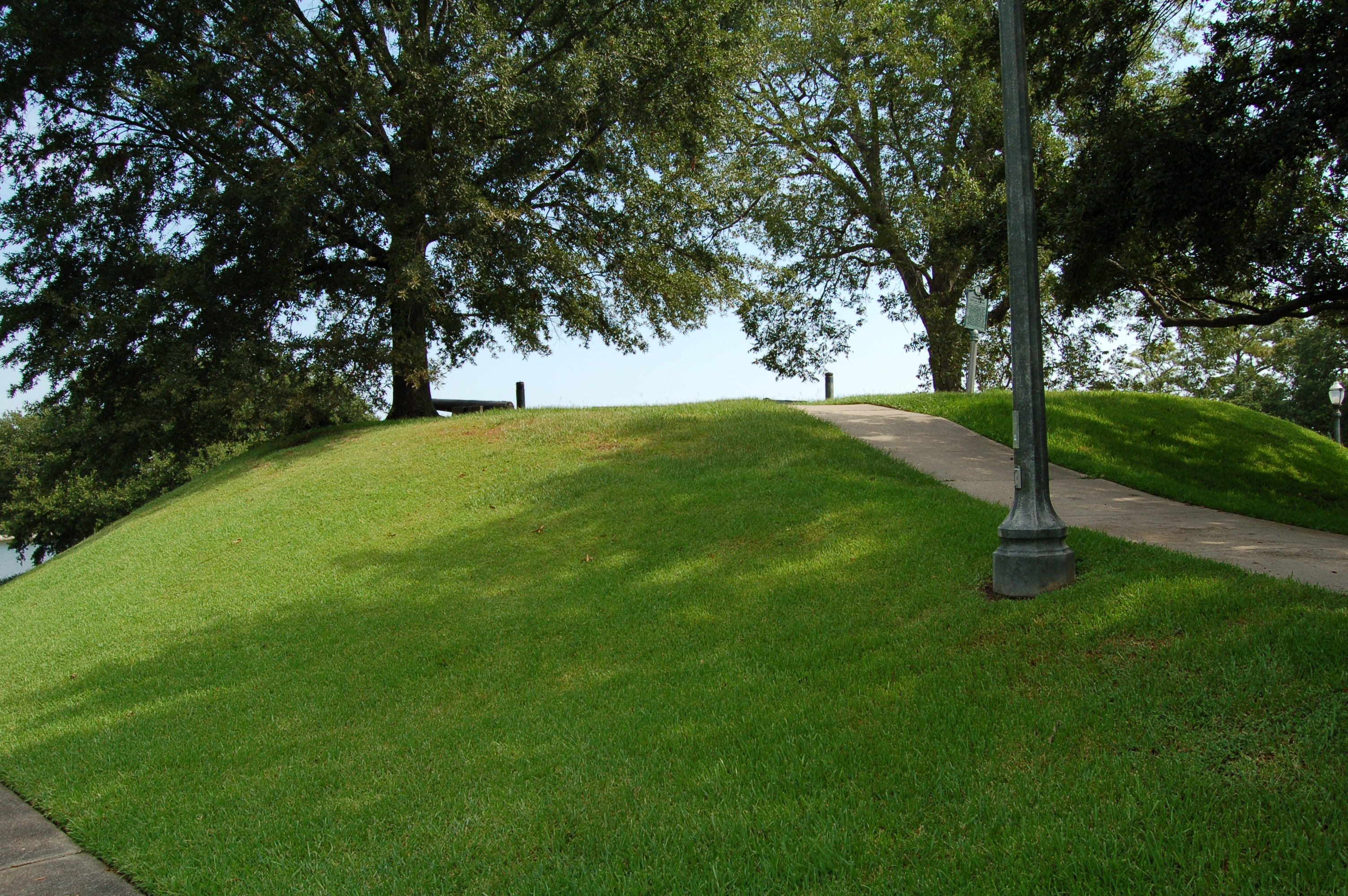