On the Louisiana State University campus are two relatively large Indian mounds whose construction has been dated to around 6,000 years ago. These findings place the mounds among the oldest mounds in North America. Archaeological evidence indicates that the mound was built continuously versus in stages, which suggests that the ancient peoples came here to celebrate seasonal rituals and dumped earth as part of these ceremonies. No human remains have been found. In fact the only artifacts found are a few small pebbles used as tools. Currently, the mounds are in need of preservation, as they have suffered from erosion from people who walk on them before football games. 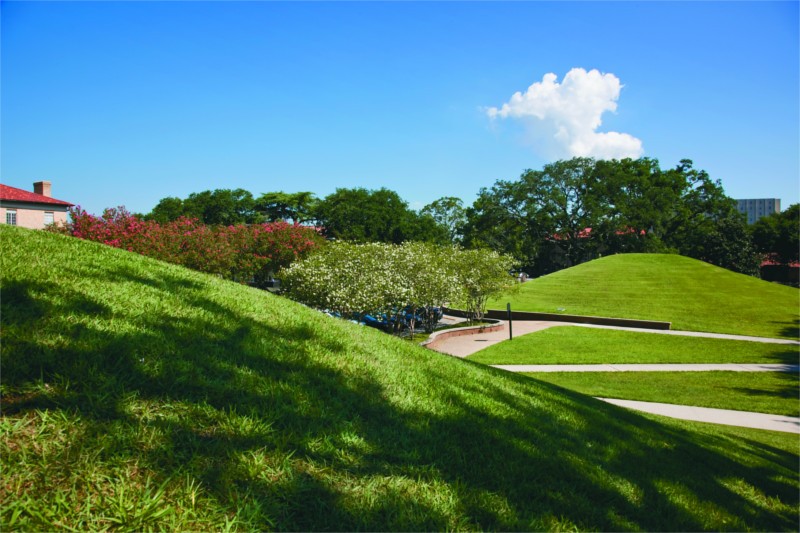