Congress Hall, located on Philadelphia’s Independence Square, served as the seat of the U.S. Congress from December 6, 1790 through May 14, 1800 while Philadelphia was the nation’s capital. The building was initially the Philadelphia County Courthouse when construction was completed in 1789. It went back to that function after Congress moved to the newly created Washington D.C. Congress Hall has since been restored, is now part of the larger Independence National Historical Park and is open for guided tours on a daily basis from March through December.

Congress Hall with Independence Hall in the background. 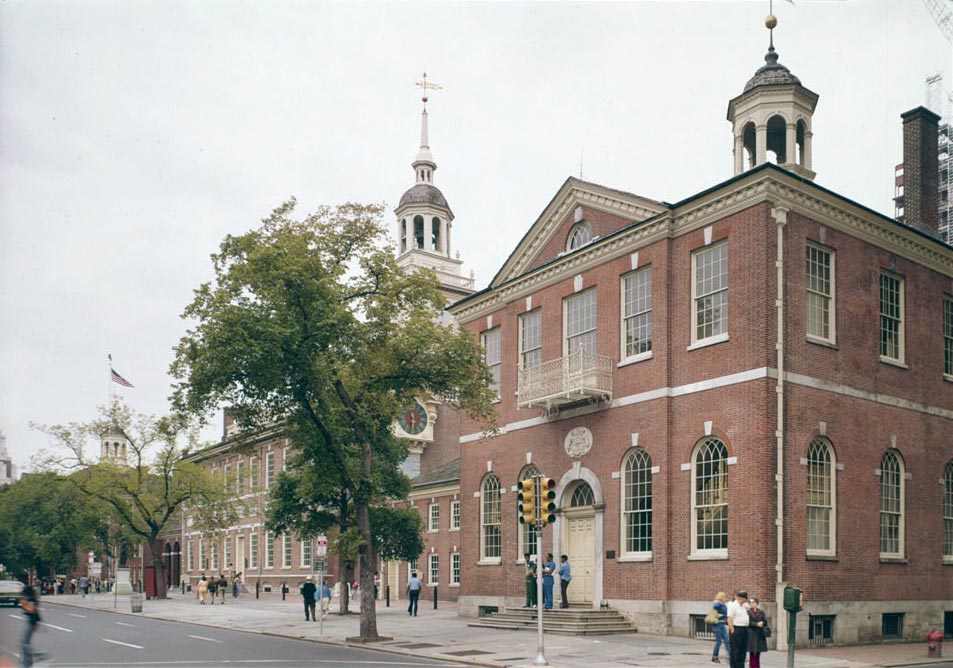 The senate chamber within Congress Hall. 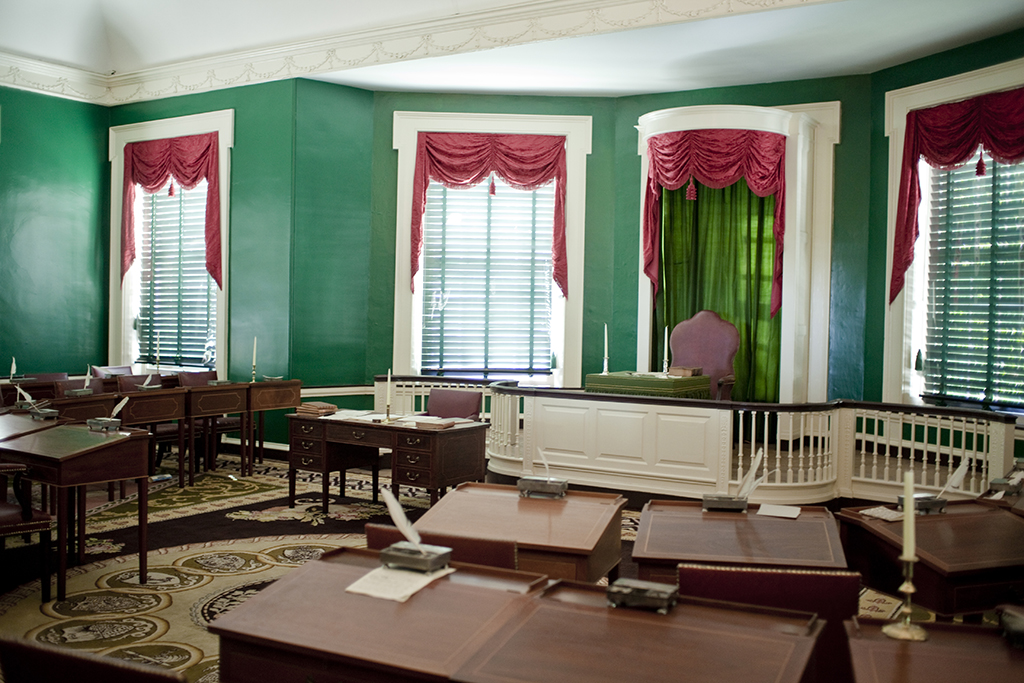 The house chamber within Congress Hall. 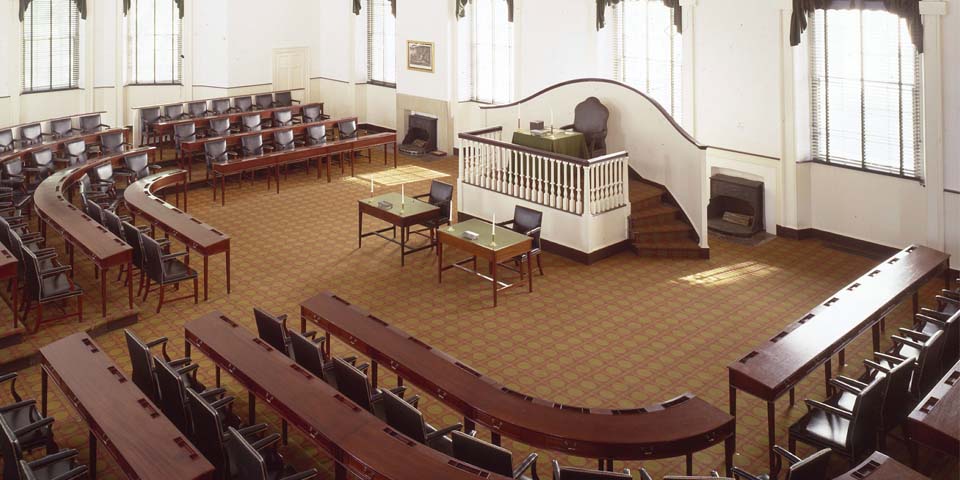 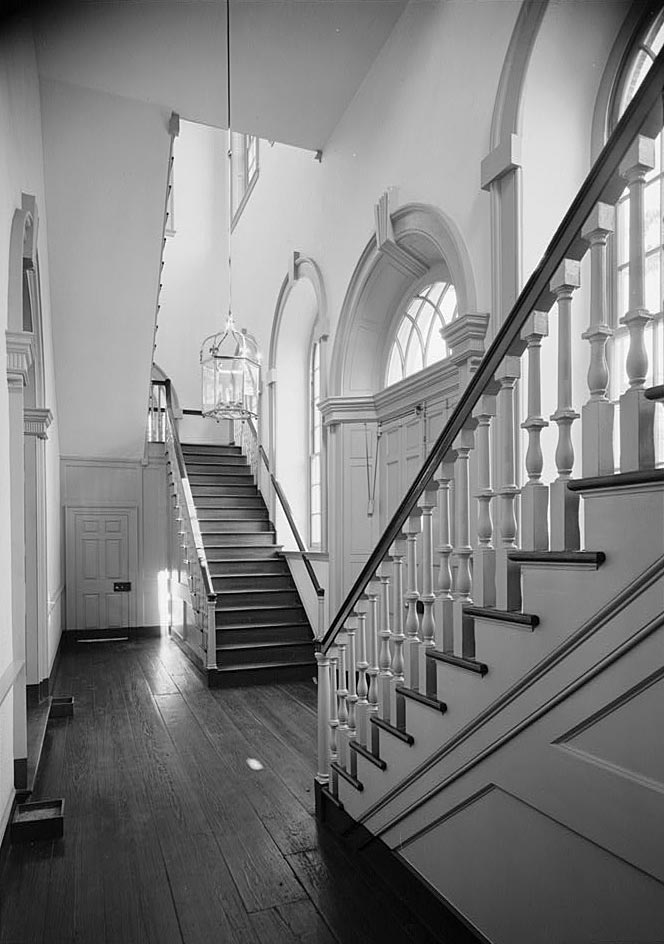 An artist's rendition of George Washington arriving for his second inauguration at Congress Hall. 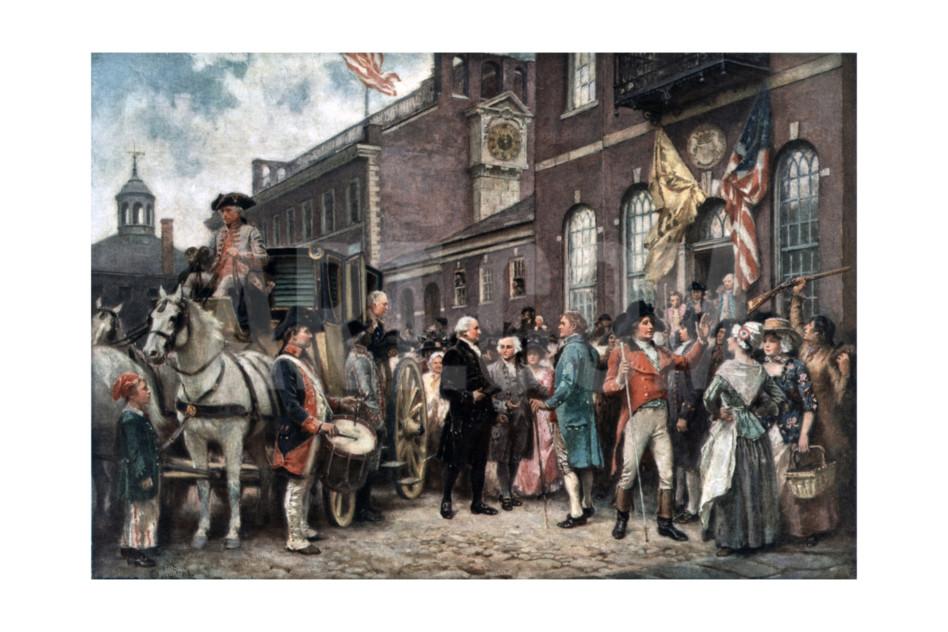 Adjacent to Independence Hall, Congress Hall became the home to the U.S. Congress after the newly ratified Constitution allowed for the creation of a federal district to serve as the nation’s capital.  Congress, meeting in New York City, passed the Residence Act in 1790 that established the District of Columbia as the nation’s new capital.  While this new capital was being constructed, Robert Morris convinced Congress to move the capital back to Philadelphia and the Residence Act dictated that the city would be the temporary capital for ten years.

As a result, the Philadelphia County Courthouse was expanded, its interior altered and it was renamed Congress Hall.  The House of Representatives met on the building’s first floor.  The chamber was austerely furnished with dark mahogany desks, plain leather chairs and with minimal ornamentation.  However, the second floor, upon which the Senate met, was ornately decorated and furnished with heavy red curtains, individual secretary’s desks, a hunter green coat of paint and a thick carpet with the shields of the first thirteen states.  A fresco of a bald eagle holding the requisite olive branch was painted on the ceiling and a plaster medallion of a sunburst was also added to the ceiling with thirteen stars representing the original thirteen colonies.

Some of the more famous acts passed by Congress while in residence here include the admission of three states to the Union: Vermont in 1791, Kentucky in 1792 and Tennessee in 1796.  Congress Hall also witnessed the passage of the Bill of Rights, George Washington’s second inauguration in 1793 and the inauguration of John Adams in 1797.  Congress also established the First Bank of The United States, the Federal Mint and the U.S. Navy while in session at Congress Hall.

In 1800, Congress Hall reverted back to the Philadelphia County Courthouse and added state and federal courts during the first half of the 19th century.  However, the courts eventually moved to more modern facilities and the building fell into disrepair.  Renovations to the old Senate chamber took place in 1895-96 and the American Institute of Architects undertook fund raising efforts in 1900.  Their efforts were successful as the building was restored by 1912 and rededicated by President Woodrow Wilson in 1913.  More work took place in 1934 and the Independence National Historical Park took control of the building in 1956.  Today, Congress Hall has been restored to its simplistic grandeur of the 1790s.