from 1848 to 1899 this location was the site of the first brick house in Lake Mills. IT was built by William Bragg, a wagonmaker and it was occupied by members of his family until 1886. Charles and Elizabeth Nelson owned the home in the 1890s up to when the home was removed to create space for the L.D. Fargo Public Library which was completed in 1902. A noted Milwaukee architect, George Ferry, designed the building. He is also the architect of the Pabst Mansion in Milwaukee and has strong family roots in Lake Mills. This unique fieldstone structure has functioned as the communities public library for over 115 years. A substantial addition was added in 1966 from a gift of Beatrice Seaver. A structural fire damaged the children's area in 1980 in which the much of the childrens materials were damaged. After a year long fundraising campaign a remodel in 2013 moved the circulation desk to the front of the building, added a much needed restroom in the lower level children's area as well as a facelift of a fresh paint palette and furniture to accent the turn of the century, late Gothic Revival to the emerging Neo-Tudor style architecture. 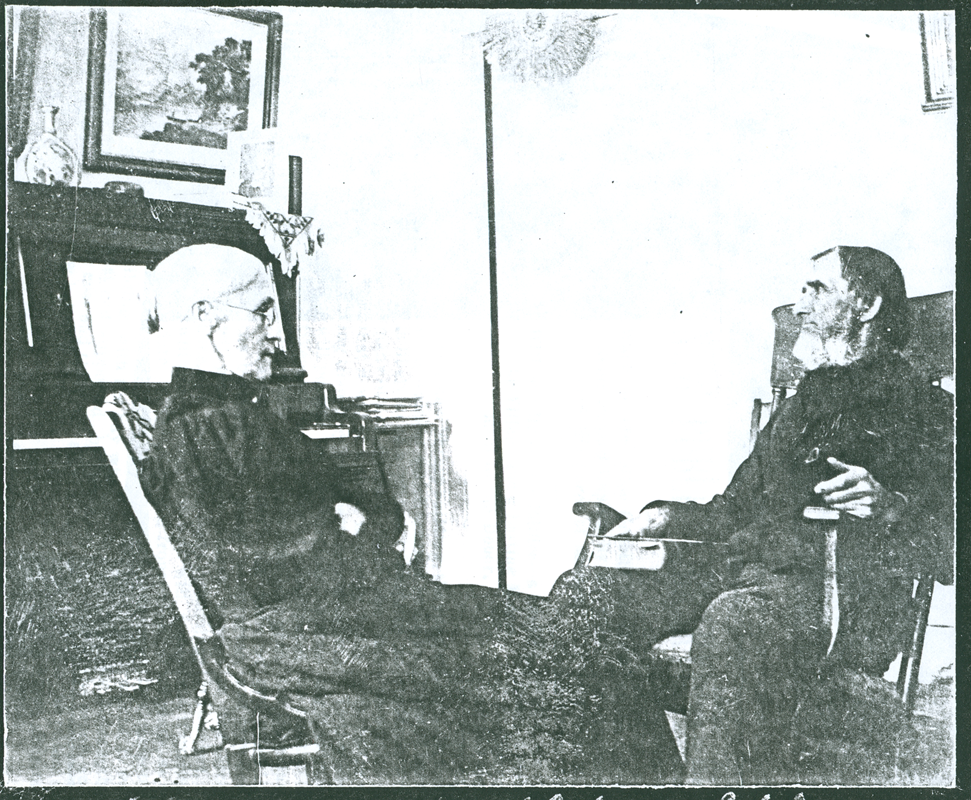 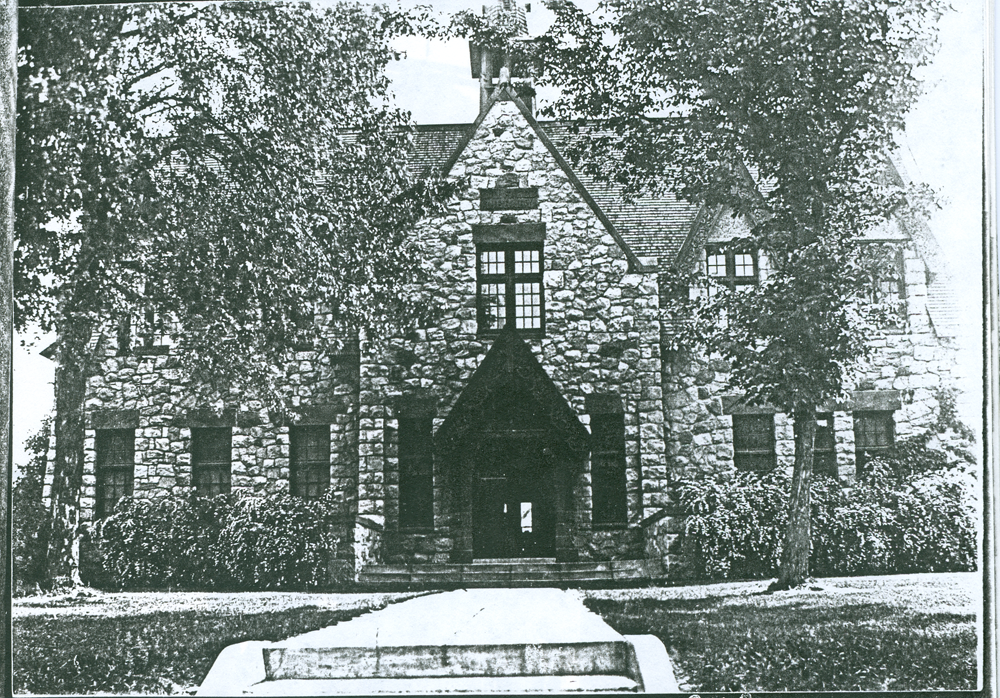 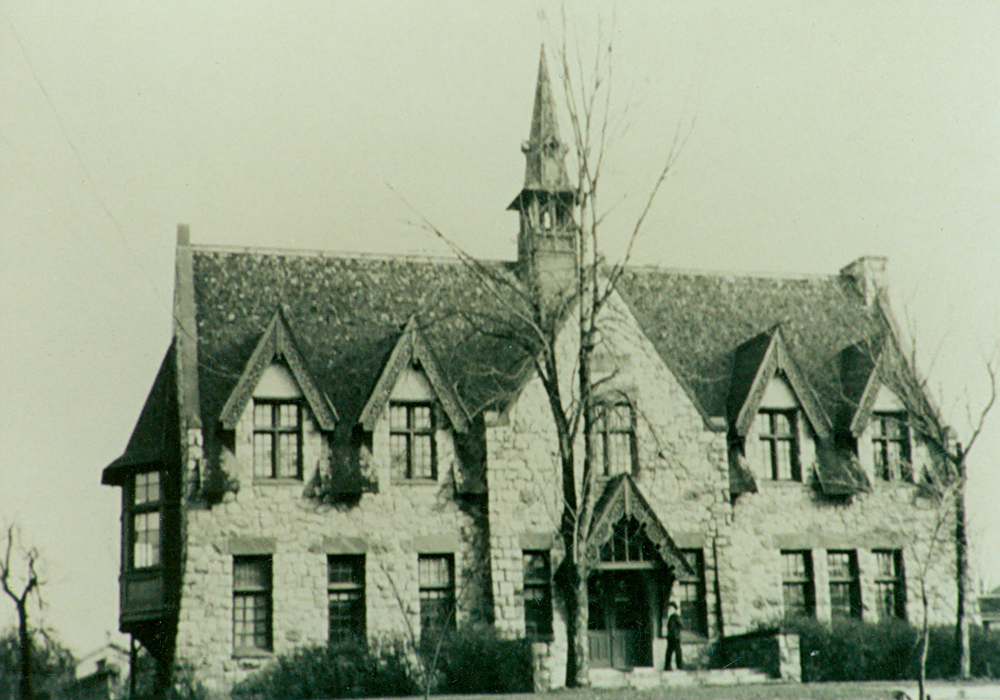 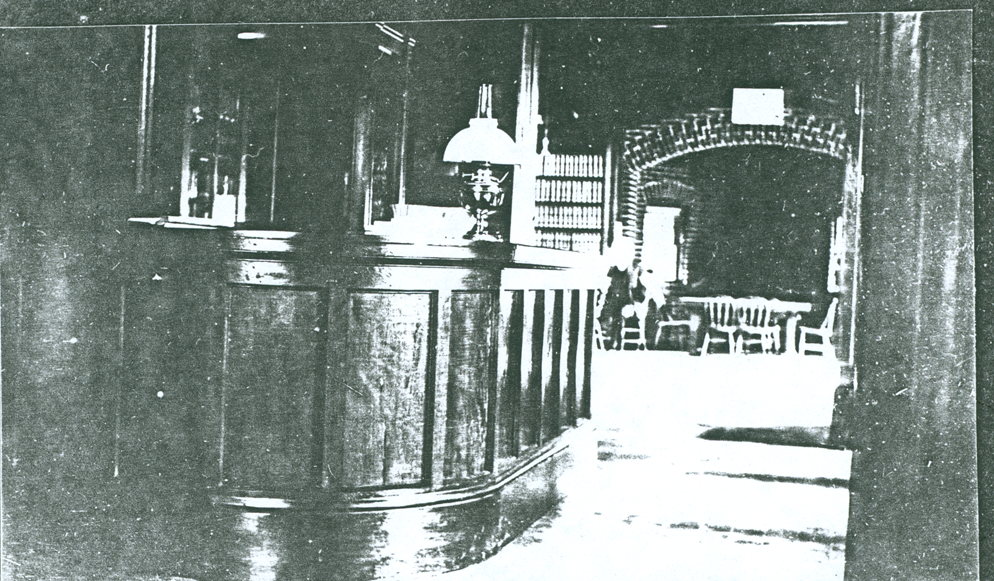 In 1899 the Village of Lake Mills, a thriving community, was in need of a public library, with the urging of the local Women’s Club and in the memories of the four children the Fargo’s lost,  Lorenzo Dow Fargo  and his wife Sara, made a gift of $5,000 for a public library building. “It stands in our midst as a living monument to their memory”.  Mr. Fargo was from the first generation of pioneers who settled in the Lake Mills area, purchasing a government claim in 1846 that carried the name of James K. Polk, U.S. President and becoming a farmer to the west of Rock Lake on what is now the Battist Farm.

L. D. Fargo proposed the following to the then Village Board in 1899:

I will cause to be erected in said village a library building at a cost of five thousand dollars, during the present year upon the following conditions:

1.     It shall be known as the Lorenzo Dow Fargo Public Library.

2.     The village of Lake Mills shall provide a suitable lot (approved by me) on which to place said building. Sixty days will be allowed in which to provide such lot.

3.     When completed, the property to be in the control of a library board appointed under the laws of Wisconsin governing the same.

4.     The building to be lighted, heated, kept in repair and maintained by the constituted authorities of said village of Lake Mills.

5.     A reading room in connection with the library shall in a like manner be maintained and kept open such days and evening in each week as the library board may determine.

6.     A museum may be placed in the building, not to interfere with the library space.

7.     Room in the building may be occupied by the Women’s Club or clubs; the Woman’s Christian Temperance Union; also for literacy and scientific purposes; but in no case to interfere with the work of the library.

8.     Temperance literature, embracing standard works, the latest books and periodicals on that subject shall always be a prominent feature of the library.

9.     The Bible shall always have a place in the library.

10.  Whenever the building and premises are no longer used for library purposes as herein provided, the building and land shall revert to the original donors, share and share alike, as each may have contributed.

11.  Additions to the building may be made from time to time, as the wants of the library interest may demand and the means provided.

Plans by architect George Ferry were accepted for the Library building. The library is designed in the Neo-gothic Revival Style which is a simplified form of the Gothic Revival and was employed primarily for churches. Characteristics include steeply-pitched roofs, irregular massing, and a random ashlar finish. George Ferry was also the architect for the Pabst Mansion I Milwaukee, WI.  Volunteers who owned a team and wagon were invited to haul stones for construction of the library building from L.D. Fargo’s farm west of Lake Mills giving the library a unique look.

On August 21 & 22, 1902  the L. D. Fargo Public Library was dedicated.  Miss Eva Stiles was hired as Librarian, with the starting salary of $1.00 per day. The first day of library service was on October 7th, 1902 after a large number of books were donated by the Women’s Club comprised of many reference books becoming the nucleus of the library’s collection.

A Children’s Room was added in 1927 and later a summer reading program was started in 1948. Unfortunately in 1980 fire caused heavy damage to the Library structure’s damaging children’s books and the record collection, volunteers cleaned the fire damaged building and materials assisting in making the library ready for limited use for basic services. By April of 1981 the reconstruction was complete and the library was back in full operation.

Thirty years later, after two years of fundraising and planning the library’s full interior was renovated in 2013 relocating the circulation desk, adding needed bathroom facilities in the lower level children’s area, and a general facelift highlighting the buildings architectural style.