Constructed in 1951, this historic campus building hosted basketball and intercollegiate indoor track competitions until 1988, when Bramlage Coliseum was completed. The building is currently home to several academic departments such as Kinesiology, as well as three pools and offices of several coaches and athletic administrators. Although no longer used for basketball, the building hosts intercollegiate competitions in sports such as volleyball and tennis. Prior to the completion of the much larger Bramlage Coliseum, Ahearn held numerous graduations and speeches, most notably the campus convocation to open the 1968 spring semester that proved to be the final campus speech given by Martin Luther King, Jr.

Ahearn Field House was completed in 1951 and hosted intercollegiate basketball games until the construction of Bramlage Coliseum in 1988. 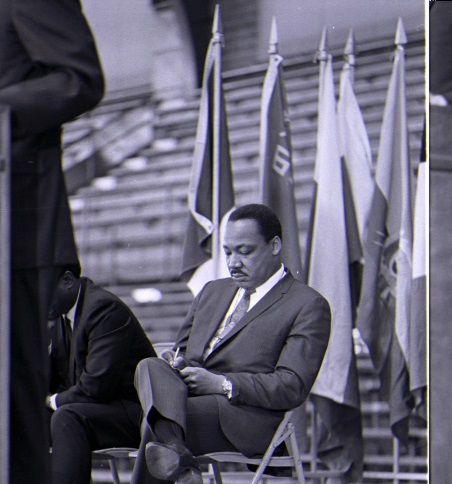 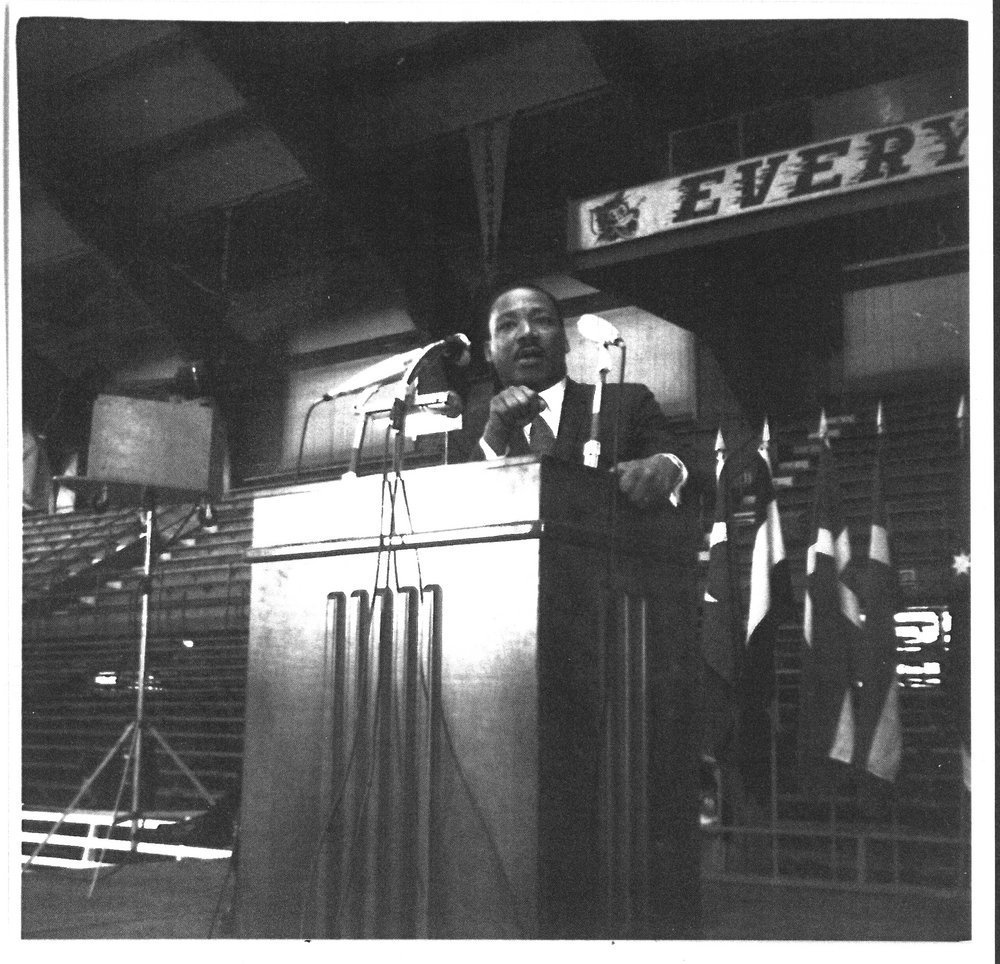 The building is named in honor of long-time coach and athletic director, Michael F. Ahearn. replaced Nichols Hall, which was no longer adequate to host Kansas State men's basketball games following the success of the 1948 team, which reached the Final Four. At the time of its completion, Ahearn Field House was the largest auditorium in the state of Kansas with a seating capacity of 14,000. This status lasted only four years, as the University of Kansas completed Allen Fieldhouse in 1955. Allen Field House originally included seating for 17,000, although that number has been reduced in recent years to provide better egress in the case of fire or another emergency.

Although overshadowed by the success of in-state rival Kansas University, Kansas State enjoyed six seasons where they did not lose a single game in Ahearn Field House. Over thirty-six seasons, Kansas State's men's basketball team posted a record of 369-96.

Despite the affection and warm memories of basketball fans, the historic significance of this building is best understood by one of the academic events held within its wall-the 1968 University Convocation that featured Martin Luther King Jr. King was assassinated in April of that year, making his speech at Athearn the final speech King delivered on a college campus.

King's speech centered on the question of whether the United States has made genuine progress in terms of racial equality. While acknowledging the great strides that had been made in the past century, King reminded the audience of the daily acts of discrimination African Americans faced in and beyond the South. He also criticized the Johnson Administration for the Vietnam War, which diverted resources that might be used to address historic inequalities and poverty throughout the United States.

King's speech was broadcast over the radio, and had it not been for Galyn Vesey, who heard the speech over the radio and contacted the station to acquire a copy, the speech may have been lost. Vesey contacted the Kansas State University archives in 2011 and donated the tape to the university. The original tape was likely destroyed in a 1968 campus fire that was started by protesters against the Vietnam War. Although the speech has been digitized, University Archives has not yet made the recording available on the web. Users can hear the speech in its entirety, however, thanks to a three-part recording of the speech made at a University event.