This monument honors one of Mexico's most important political figures, Benito Juarez (1806-1872). Juarez served as president of Mexico five times between 1858-1872. His major accomplishments include resisting foreign occupation and interference from Spain, France and England, overthrowing the corrupt dictatorship of Mexican General Antonio López de Santa Ana and restoring the Republic of Mexico. He also implemented liberal policies in Mexico modeled after the United States. In 1853, Santa Ana forced Juarez in to exile and he spent some time in New Orleans working in a cigar factory. It was during this time that he drafted a plan to overthrow Santa Ana and to implement a new constitution. He was able to return to Mexico in 1855 after Santa Ana stepped down after facing increasing opposition to his rule. The monument was erected in 1972 by the XII Mexico United States Inter-parliamentary Conference. 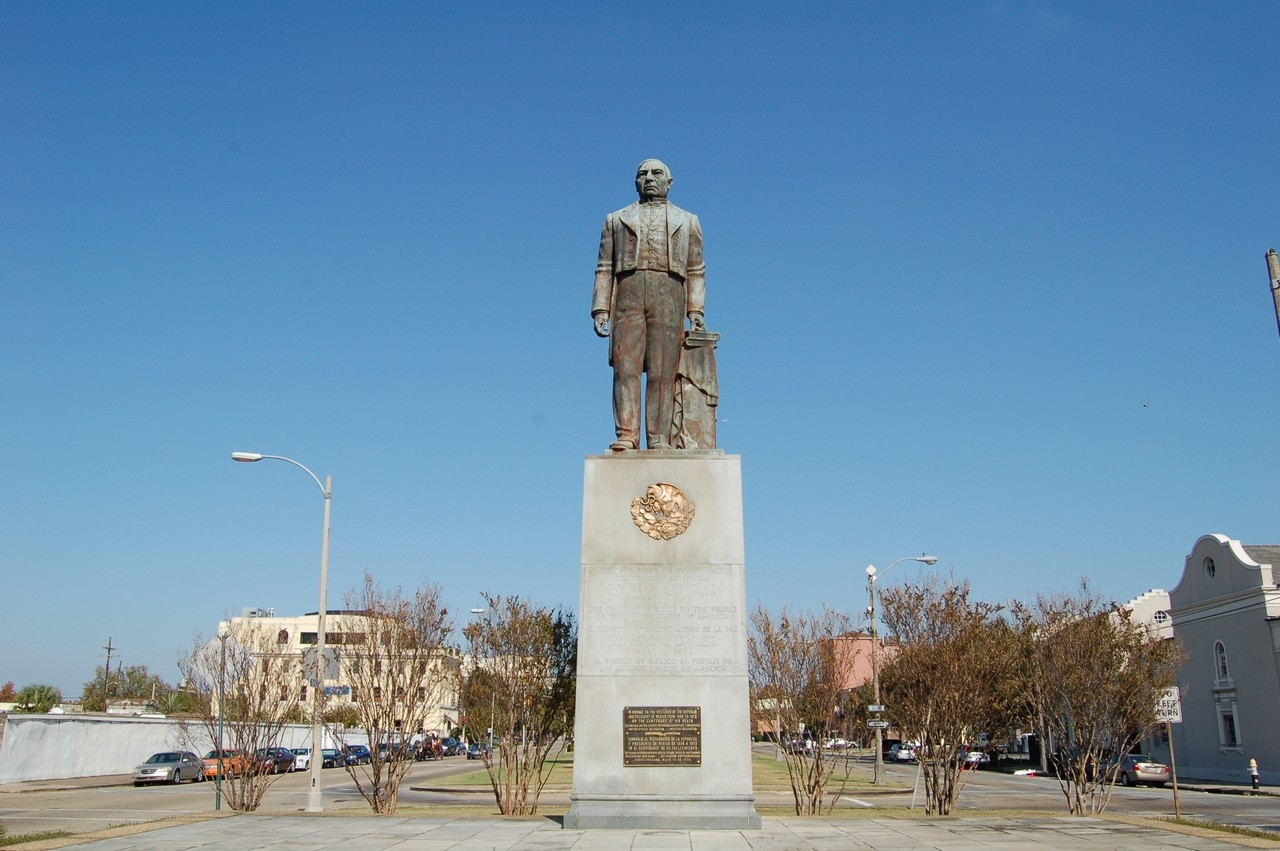 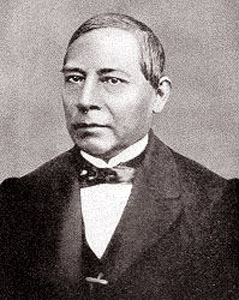 The only Mexican President of Native American descent in Mexico's tumultuous first century, Juarez devoted much of his term in office to improving access to land for rural families and improving conditions for residents of mixed Native American and European heritage. Juarez was born in 1806 to a leading family of Mexico's Zapotec tribe. He married Margarita Maza in 1843 and the couple raised ten children and worked together as Benito took positions as a local and state leader.

Benito became the President of Mexico in 1858 despite opposition among those who favored a return to monarchy. He opposed the Treaty of Guadalupe Hidalgo and also stood against General Antonio Lopez de Santa Anna. Santa Anna returned to power briefly, forcing those like Juarez to seek asylum for a short period until the dictator's government collapsed a second time.

Juarez served as the president of Mexico during a tumultuous period, facing many internal opponents who supported various factions. He also faced opponents abroad, most notably an invasion by the armies of Emperor Maximillian I of France under the guide of collecting past debts. Juarez's government survived each of these challenges, expelling the foreign army and preserving the new nation of Mexico and its government formed by the 1857 Constitution that Juarez defended. Juarez died in office in 1872 after suffering a heart attack.

Giraud, Cheryl. How is Mexican President Benito Juarez remembered and what is the significance of his legacy?. CSU Northridge Sundial. March 20, 2011. Accessed December 22, 2016. http://sundial.csun.edu/2011/03/how-is-mexican-president-benito-juarez-remembered-and-what-is-the-significance-of-his-legacy/.