Located on the campus of the University of Pennsylvania, the Fisher Fine Arts Library, previously known as the Furness Library, was completed in 1890. Part cathedral, part fortress, this red sandstone, brick and iron behemoth was designed by architect Frank Furness in consultation with Melvil Dewey, of the Dewey Decimal System fame. It served as Penn’s main library until 1962 when the new Van Pelt Library was completed. The building has had several additions over the years and underwent a major renovation from 1986-1991. It soon after (1992) was renamed after the primary donors to those renovation efforts, Anne and Jerome Fisher. It was added to the National Register of Historic Places in 1972 and designated a National Historic Landmark in 1985. 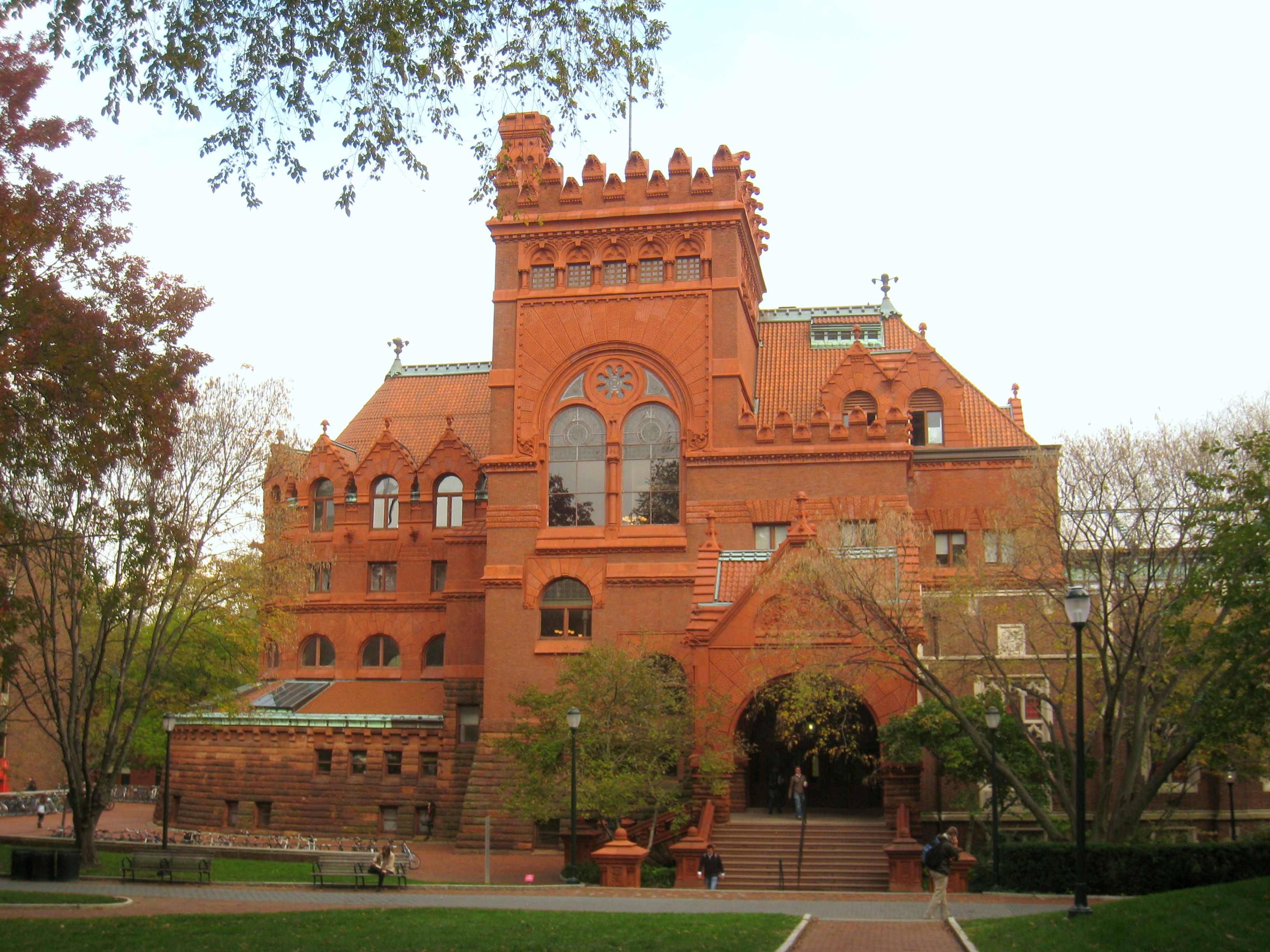 A 1904 post card with an image of the Furness Library. 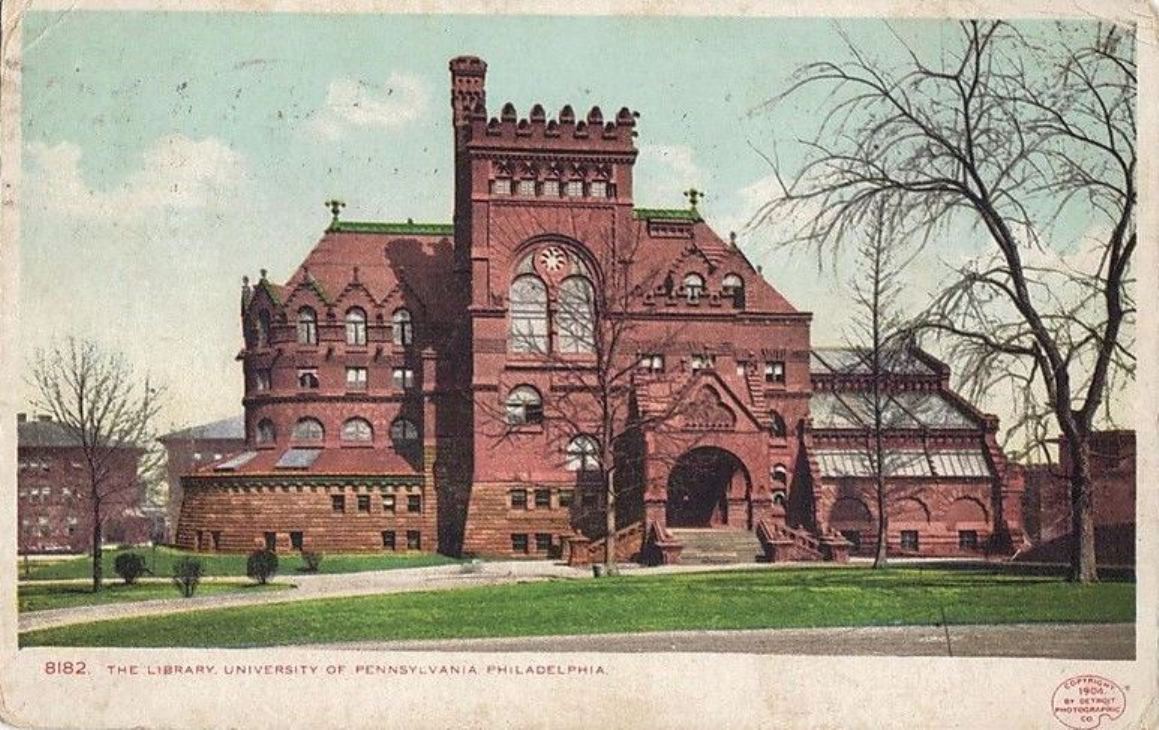 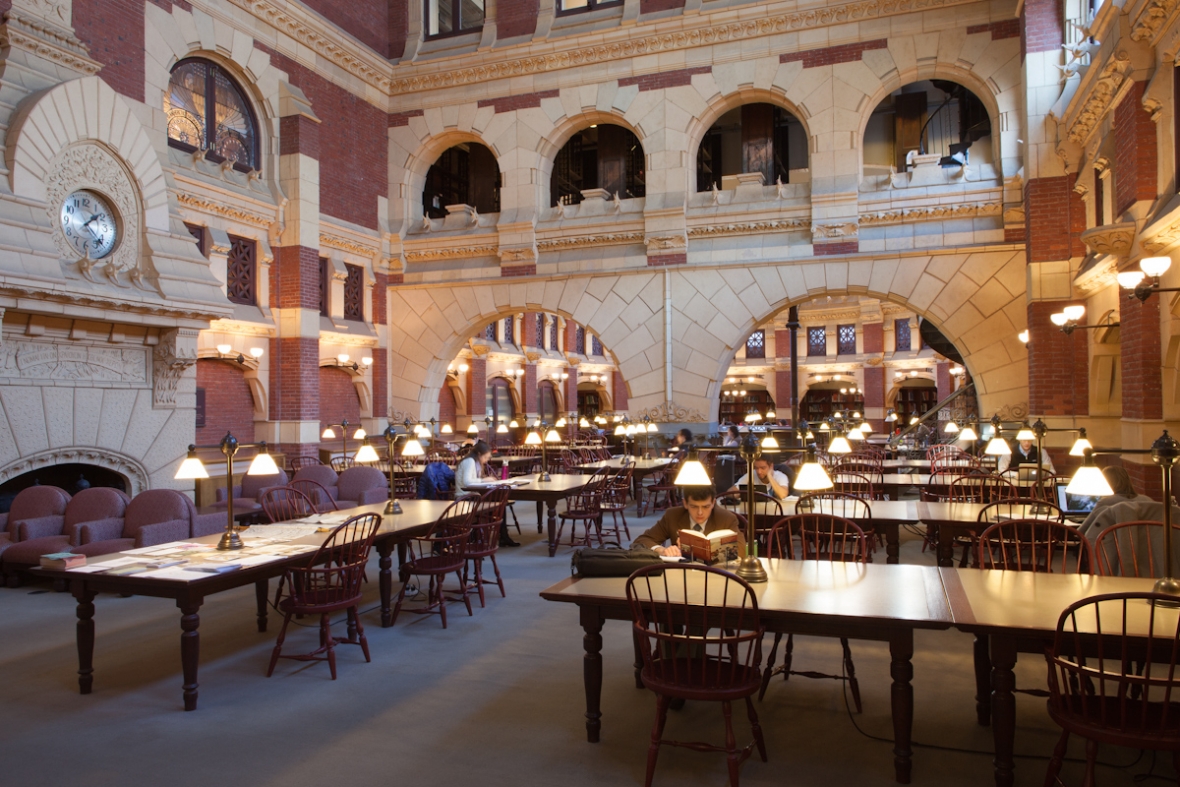 An image from inside the library's stair tower 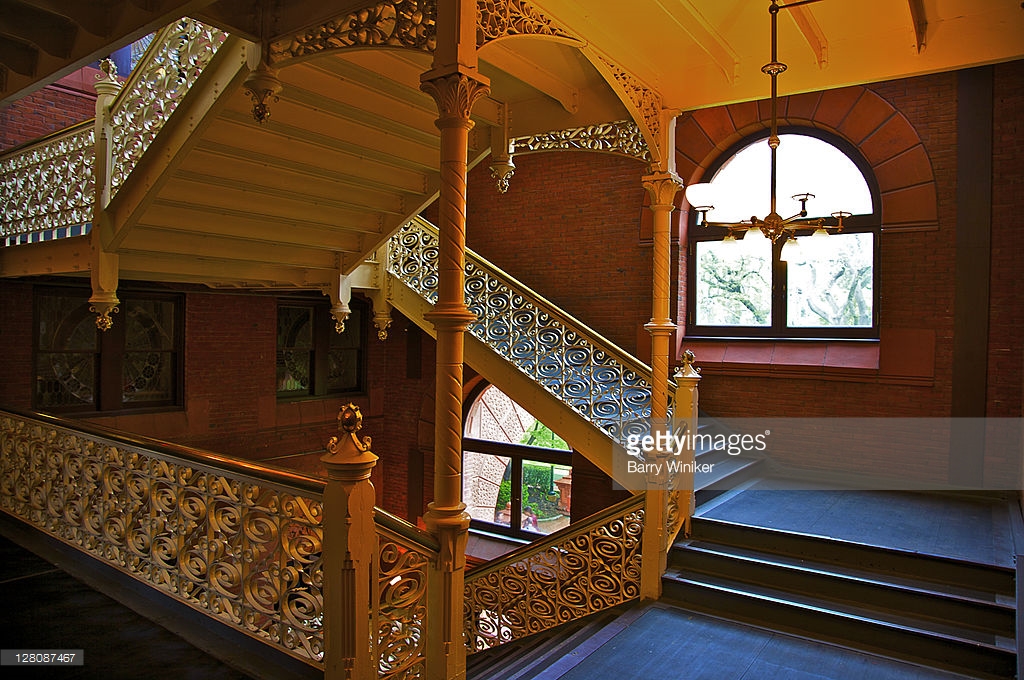 A vintage photo of the glass-roofed stacks section prior to the addition of the Duhring Wing in 1916. 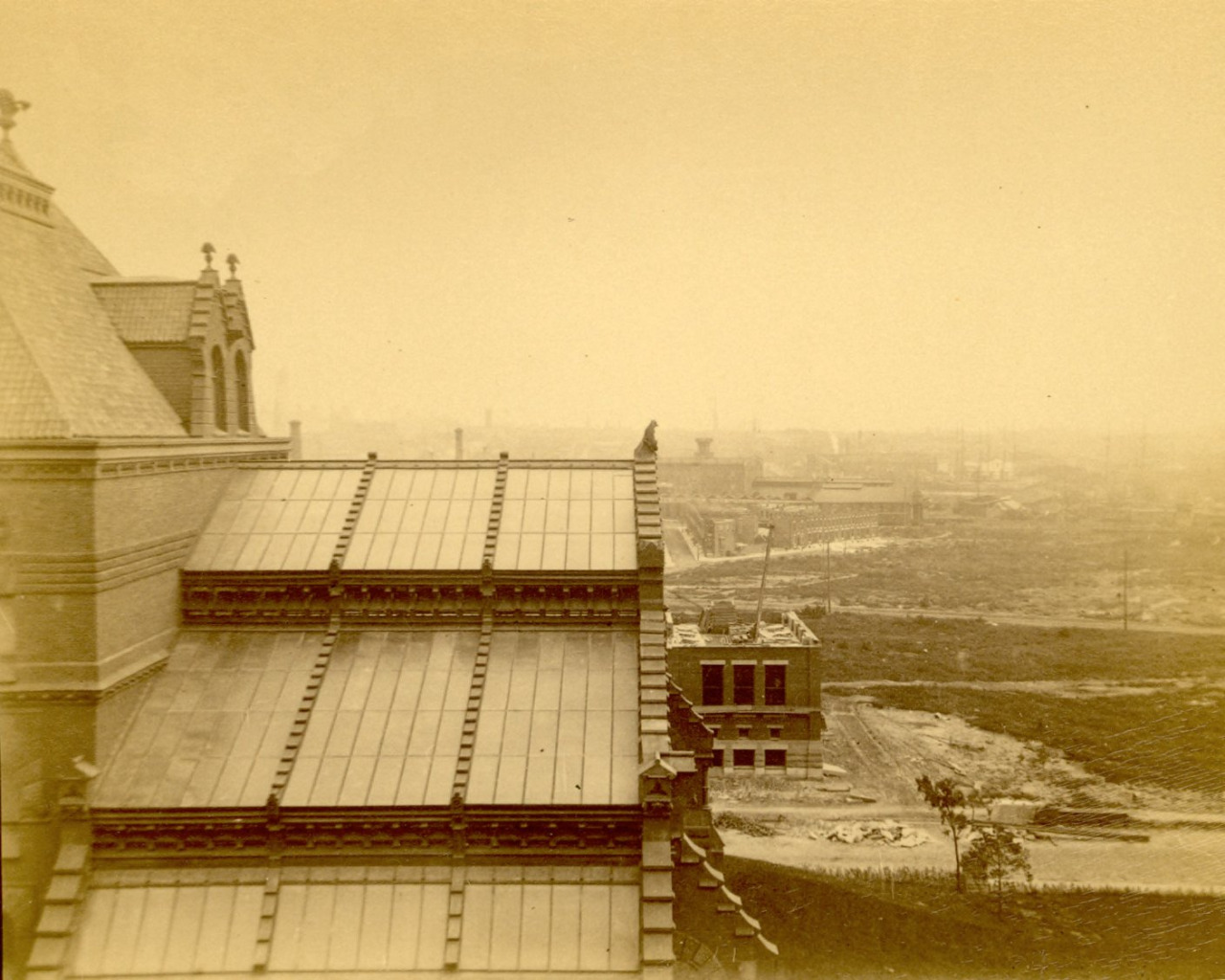 Penn, when it moved from the City Center to its current location was in desperate need of a main library and employed Civil War veteran Frank Furness to design one.  Furness, eschewing the heavy use of granite that was popular under the Richardson Romanesque style at that time, instead chose a Venetian Gothic design, complete with gargoyles.  Construction began in 1888, was completed in 1890 and the library was officially dedicated in 1891.  The huge, bright red brick building was quite controversial to say the least.

Furness created a building with four separate areas, or chapters, if you will.  First was a 95-foot staircase, isolated from the rest of the building to prevent the patrons from being disturbed by the footfalls of those climbing the stairs.  Next came the building’s breathtaking, four-story main reading room with large, arched entryways that also contained the circulation desk.  Adjacent to the main reading room, Furness placed the smaller, yet still impressive Rotunda Reading Room complete with private study rooms.  Lastly, came the innovative and modular iron and glass stacks that were designed to expand as the collection did as the south wall could be extended.  They were built with a ceiling of frosted glass blocks and glass block floors to allow for the passage of natural light.  Alas, the glass was replaced with concrete due to fire regulations in the 1980s.

Apparently, the building was not appreciated by later generations and additions were made that altered its appearance and design.  The Duhring Wing was added in 1916 to the south end of the stacks, effectively nullifying Furness’ expansion-capable design.  In 1931 the McGoodwin addition, another reading room, was stuck on the side facing College Green.  It has housed the Arthur Ross Gallery since 1983.  By the 1950s there was talk of demolition accompanied by student protests.  During this time, Frank Lloyd Wright visited the Furness and famously stated, “It is the work of an artist.”

The building was rededicated during its centennial celebrations in 1991, after its extensive, $16.5 renovation.  It now houses Penn’s architecture and landscape architecture collections, and its holdings on historic preservation, art history, and studio arts.  The main reading room was also prominently featured in the critically acclaimed 1993 film Philadelphia.  It is open to the public, although sign-in with a valid identification is required.