Philadelphia’s Merchants’ Exchange Building, completed in 1834, is the oldest existing stock exchange building in the United States. Designed by famed American architect, William Strickland, in the Greek Revival style, the Merchants’ Exchange was home to the Board of Brokers which eventually became the Philadelphia Stock Exchange. It has been part of the larger Independence National Historical Park since 1952 and now serves as their headquarters. It also houses a small public exhibit in the first floor that is open to the public daily from 8:30-4:30 and admission is free. It was designated as a National Historic Landmark in 2001. 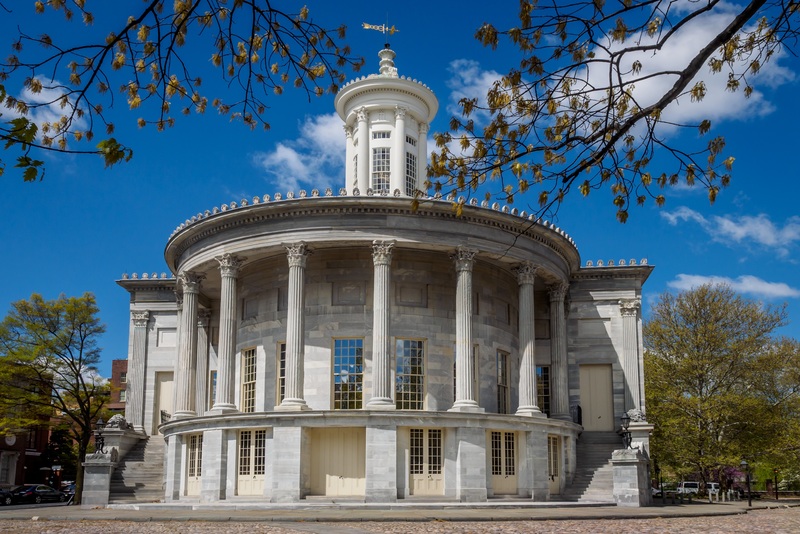 A front and side view of the Exchange Building. 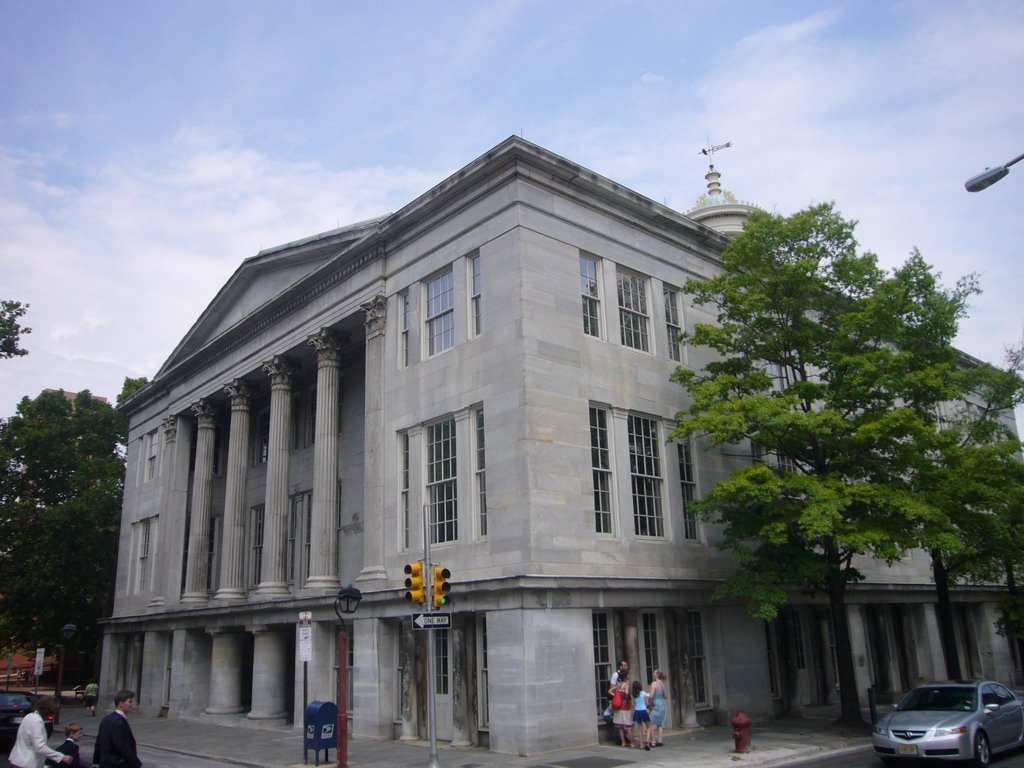 a close-up of the Exchange Building's lantern tower 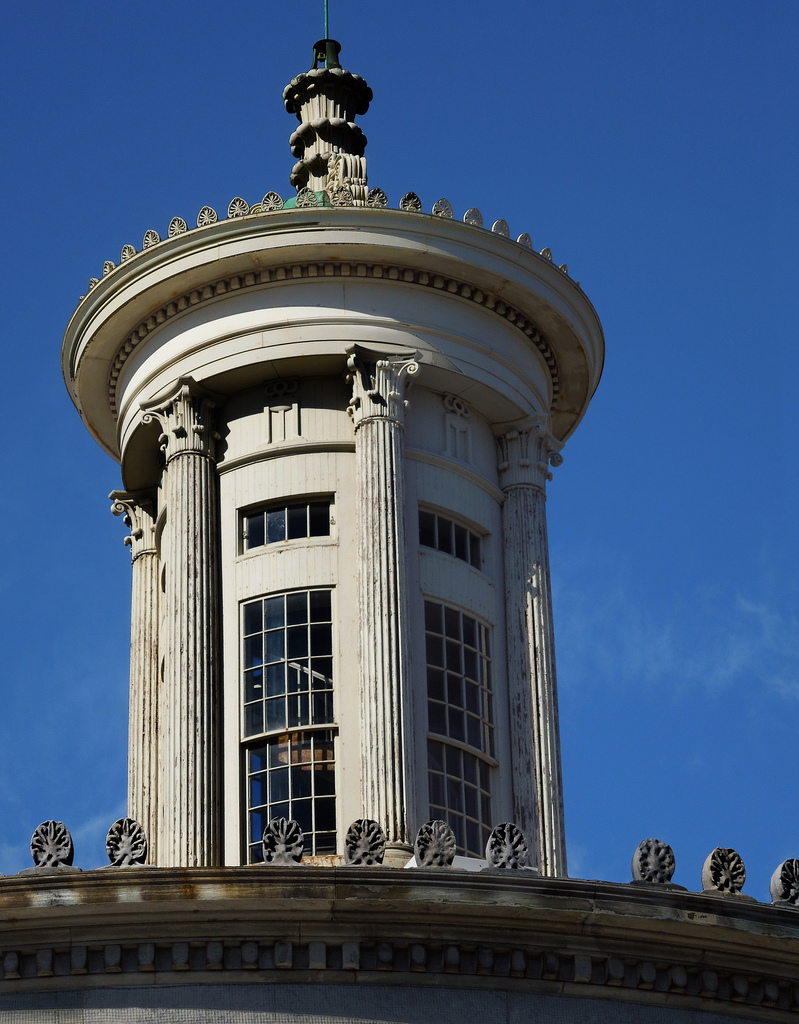 A drawing of the Exchange Building during the days of the horse and carriage. 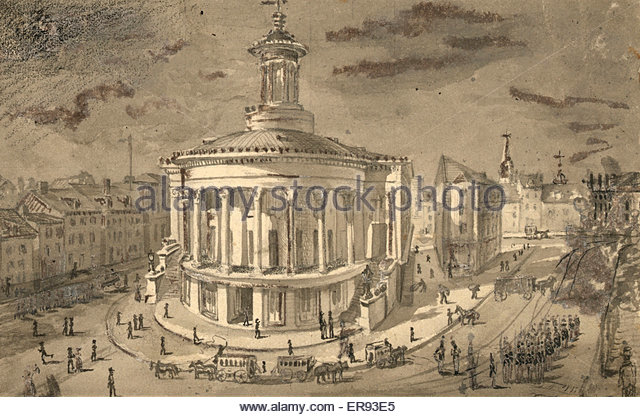 Philadelphia’s Board of Brokers, founded in 1790, previously met in the Merchant’s Coffee House until it was severely damaged by fire in 1831.  Fortunately, Philadelphia’s (and the country’s) wealthiest man, Stephen Girard, began an effort that same year to create a more centralized place for the city’s various business magnates to conduct their business.  Girard and others created the Philadelphia Exchange Company and raised the required funds to design and build their Merchants’ Exchange.  Unfortunately, Girard did not live to see the Exchange completed as he died at the end of 1831 after being hit and severely wounded by a horse and carriage the previous year.

A triangular plot, one of the few in the city due to William Penn’s grid-pattern design of the city, was selected as was William Strickland as the architect.  Strickland was the protégé of Benjamin Henry Latrobe who had been utilized by Thomas Jefferson to design federal buildings in both Philadelphia and the emerging Washington DC.  Strickland shared Latrobe’s fondness for the Greek Revival style and designed a masterpiece in the Exchange Building, complete with both Doric and Corinthian columnns.  Strickland adapted the building to fit the unique shape of the plot chosen, to include the semicircular design of the rear of the building.  Strickland also modeled the building’s lantern tower after the famous Choragic Monument of Lysicrates located in Athens, Greece.

The asymmetrical building immediately became home to the Board of Brokers, commercial houses, marine insurance companies, the Philadelphia Board of Trade and a post office. It remained home to the Philadelphia Stock Exchange until 1876, which was eventually purchased by NASDAQ in 2008. However, the city’s financial district later shifted west to Broad Street and the Exchange Building’s occupants followed.  Other than hosting a produce exchange after World War I, the building’s financial days were at an end and it fell into disrepair.  Fortunately, the Independence National Historical Park stepped in and restored the building after acquiring it in 1952.  It now receives the same care and attention as Philadelphia’s Independence Hall and the Liberty Bell Center which are also under the park’s purview.