Historical Marker: The Birthplace of “Dixie”

Now a Walgreens store, at this location between 1835-1924 stood the Citizens State Bank, which issued a $10 bank note during its early years. Included on the note was the word "Dix," which is the French word for 'ten'. Some argue that, eventually, people began referring to Louisiana as "the land of the Dix." This gradually evolved to become "Dixieland," which can refer to Lousiana and the South in general. 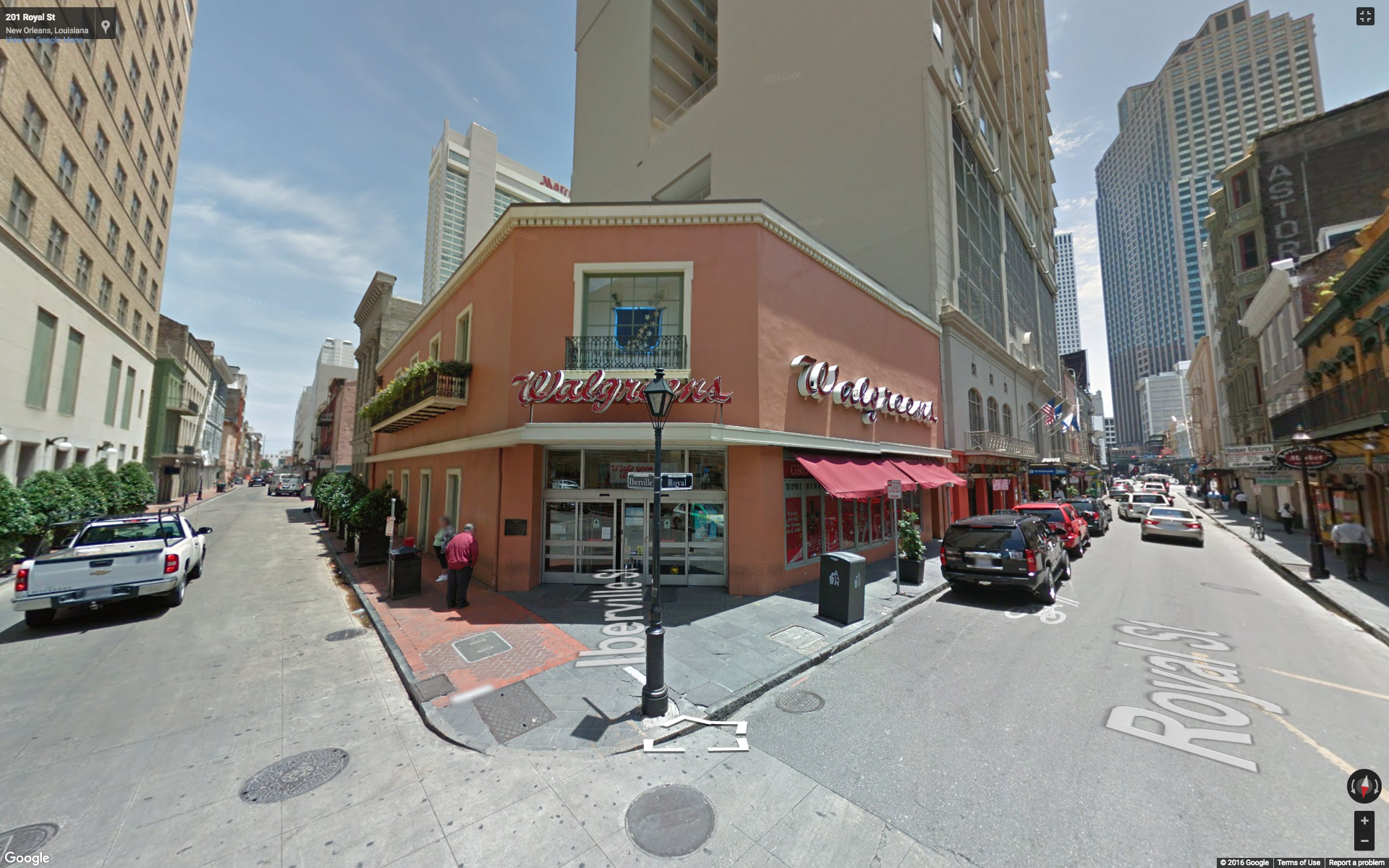 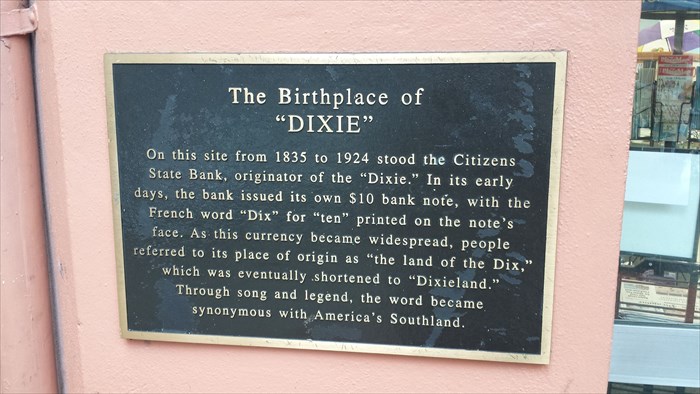 Although the plaque exists in New Orleans, the true origin of the term "Dixie," is not really known. Some argue the term comes from the Dixon in "Mason-Dixon line," which separated Maryland and Pennsylvania." For others, it is "Dixy's Land," which is tied to a kind slave owner named Dixy, who lived in Manhattan.  Dixy was so nice that stories emerged in abundance (notably after the Civil War was over) of how Dixy's slave owning style created an almost paradise for slaves.1
But, the plaque represents the third theory, one involving a New Orleans bank.

On February 25, 1863, President Abraham Lincoln signed the National Banking Act (originally known as the National Currency Act) during the Civil War, on February 25, 1863. As a result, the United States formally created a federal paper money system that served as the official, and only legal currency in the United States. Prior to that, the states controlled paper money distribution, largely issued by private banks -- nearly 8,000 of them, it is believed -- and one of those banks was the Citizens State Bank in New Orleans, where the plaque is located.

Many banks issued paper money in the seventy years of America's existence leading up to the Civil War, but much of it was worthless unless used in a specific location. The Citizen Bank was considered so trustworthy that its tender was accepted all over the South and into the northern U.S. On the back was the French term, "Dix." Over time, banks throughout Antebellum South issued ten-dollar bills that included the Dix wording. As such, people of the South began to be referred to as "Dixies," who lived in Dixieland, or the land where one could obtain a Dixie.
There exists no published citations of the word prior to its emergence in an 1859 song written by Daniel Emmett called, "Dixie."  Although it took time for the song to gain popularity in the South, the Civil War served as the catalyst that helped the term become part of the glue that bonded all loyal Confederates.

"“Dixie” became so connected so quickly with the South that many Americans attributed its very name to the region...Emmett’s tune made it part of the national vocabulary. During the Civil War, soldiers, civilians and slaves frequently referred to the South as Dixie and considered Emmett’s ditty the region’s anthem."