Home to the oldest botanical garden in North America, John Bartram’s Garden dates back to 1728. A collection of gardens, trails and buildings, the 46-acre site also contains the Bartram House and Barn, a welcome center and the Coach House. However, the gardens are the site’s premier attraction. They are open daily from dawn to dusk while guided tours of the gardens, as well as the Bartram House, are offered from April through November. The Bartram House, parts of which date back to 1731, has become a period museum, complete with furnishings and personal items once owned by the Bartram family. The site became a National Historic Landmark in 1963 and was added to the National Register of Historic Places in 1966. 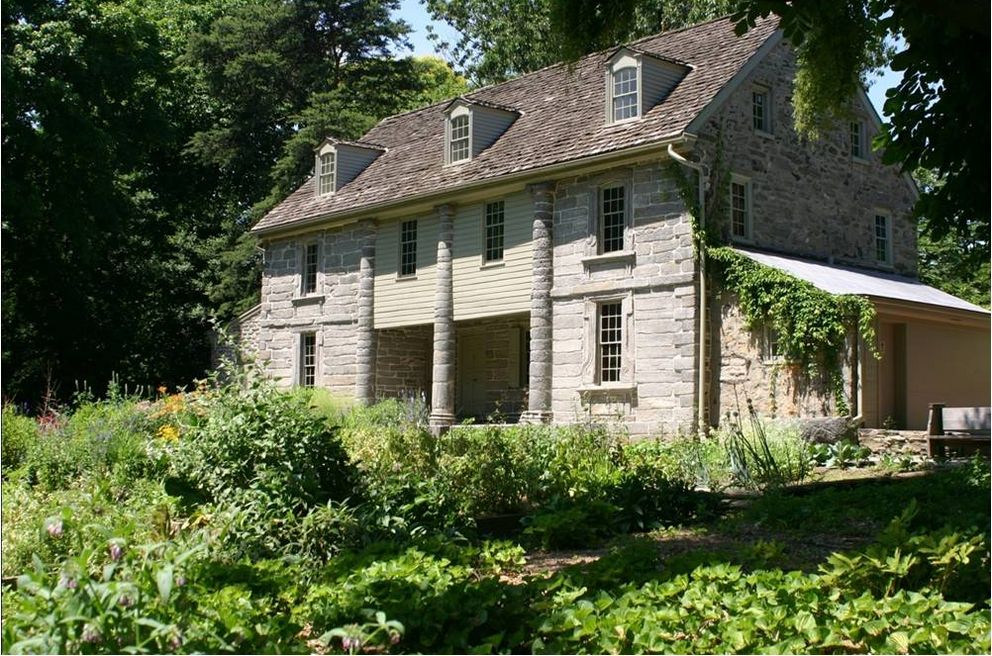 The rear of Bartram House, home to the Ann Bartram Carr Garden. 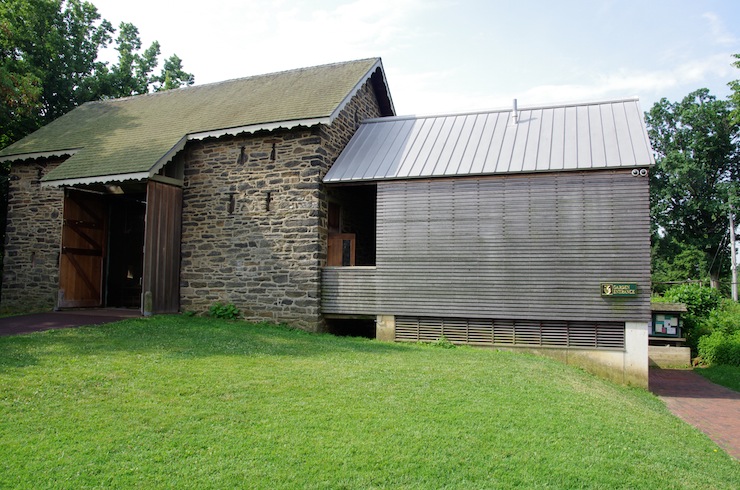 An artist's rendition of George Washington's visit to Bartram's Garden in 1787. 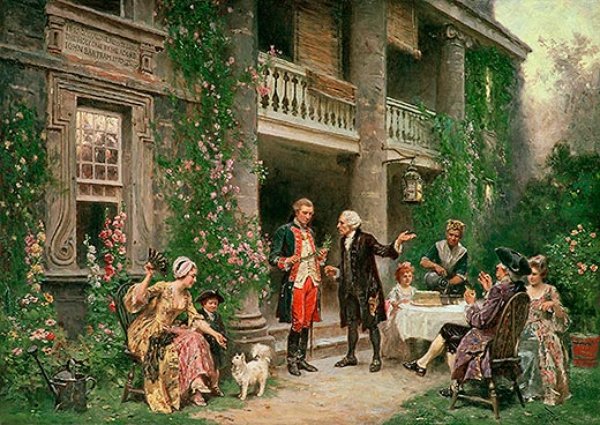 Botanist, explorer, plant collector and Quaker, John Bartram bought a 102-acre farm along the west bank of the Schuylkill River.  He then transformed it into the most diverse and varied collection of plants native to North America in the world by the mid-18th century.  Many of the plants were personally collected by Bartram and his sons, John Jr. and William.  Two of those include Franklinia Alatamaha, named after Bartram’s friend, Ben Franklin, in 1777.  The wild species of Franklinia disappeared by 1803 and all remaining plants in the world are descendants of those collected by Bartram.  Also at the gardens is the last of the three original Gingko Biloba trees that were brought from China, through London, in 1785.

The gardens have been tended to by three generations of Bartrams as his sons, and then granddaughter, Ann and her family, continued what John Sr. had started.  The family used the gardens as a nursery that exported many plants and seeds to Europe and beyond.  It also became an educational center that trained the next generation of botanists and naturalists.

The estate was eventually sold to Andrew Eastwick, due to financial difficulties, in 1850.  Eastwick maintained the collection as a private garden on his estate.  Upon his death in 1879 a campaign was established to preserve the gardens and the city of Philadelphia eventually acquired them in 1891.  The city has been aided by the John Bartram Association since 1893 in maintaining and caring for the gardens and buildings.

The gardens’ welcome center offers snacks, beverages and gift items.  The Bartram Barn is thought to be the oldest standing barn in Philadelphia County and is a wonderful example of a two-level banked barn.  It was built by John Jr. in 1775.  It is believed that the Coach House began as a small barn or nursery and was later expanded into a carriage house by Eastwick.  It currently houses a library and archives on the second floor and hosts numerous educational lessons, workshops and special events on the first floor.  The site also has archaeological value as evidence, in the form of stone artifacts, has been found that suggest it was seasonally occupied as early as 3,000 BCE.  It was later settled by the Swedish in 1648 as part of their colony known as New Sweden.

"The Bartrams: our founder, who inspires us to this day.  Bartram's Garden.  Accessed December 19, 2016.  https://bartramsgarden.org/history/the-bartrams/

Gardens are open daily from dawn to dusk. Guided tours are offered from April through November.