Casa Loma's soaring Gothic revival presence rises over the Dupont/Spadina area of downtown Toronto. Known locally as 'Toronto's Castle', Casa Loma was built between 1911 - 1914 for Sir Henry Pellatt by the architect E.J. Lennox. Lennox is also known for his exquisite Romanesque revival work at Old City Hall and for the neoclassical Bank of Toronto. Casa Loma is open to the public year-round, featuring historically preserved interiors, five acres of formal gardens, special holiday events, a restaurant, and a gift shop. The mansion is available for weddings and private events as well as meeting space for local clubs and groups. Admission: Adults (18-59) $25.00, Seniors (60+) or Youth (14 - 17) $20.00, Children (4-13) $15.00, Ages 3 and under are free. 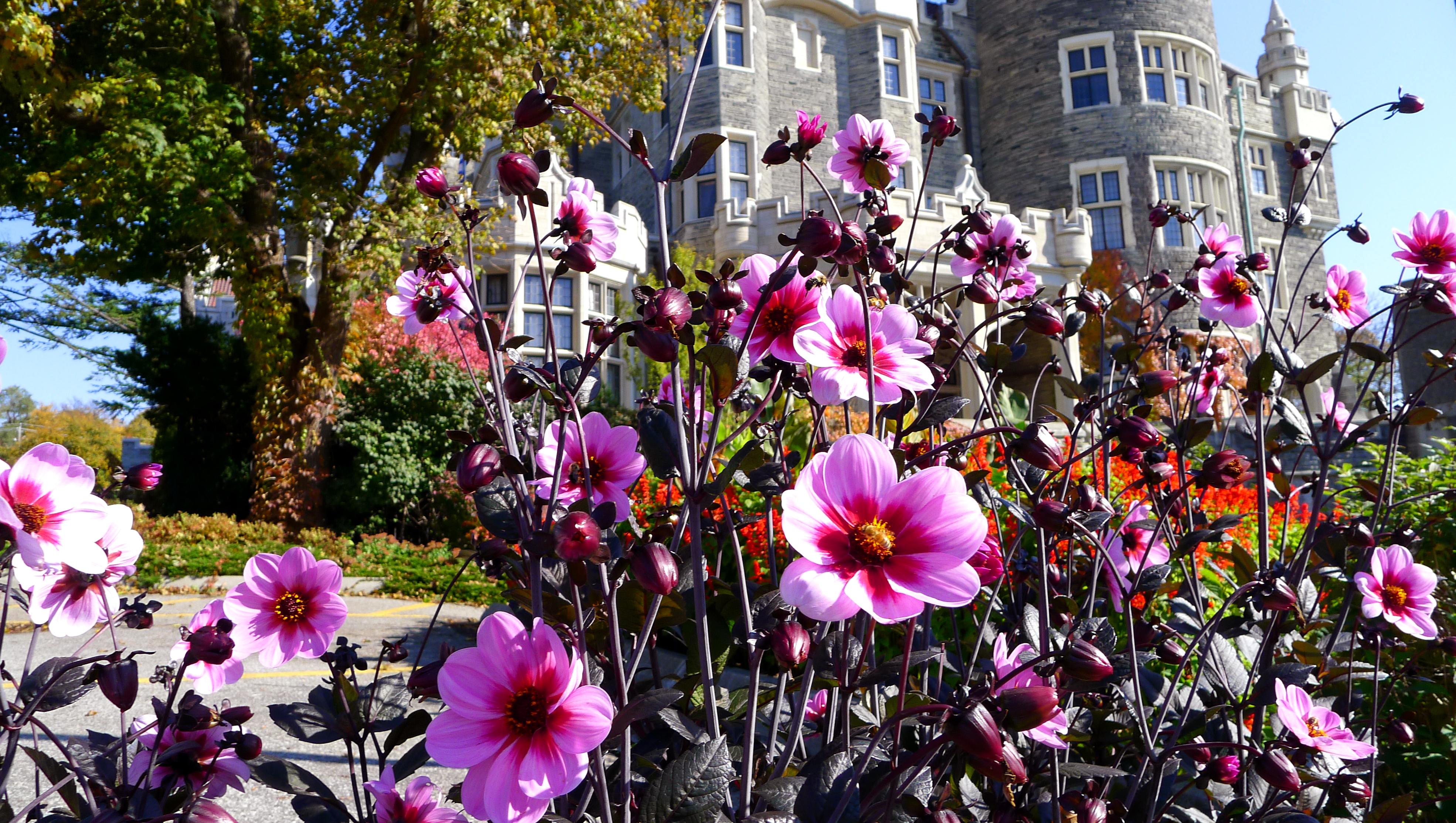 Sir Henry Pellatt, a prominent Toronto financier, and Lady Mary Pellatt, Chief Commissioner of the Dominion of Canada Girl Guides, inhabited Casa Loma from the time of its construction in 1914 until 1924, when the Pellatts lost their fortune to economic troubles. Lady Pellatt died that same year, and Sir Henry Pellatt moved to their summer home in King, Ontario as the mansion and its contents were sold.1

In addition to the 98-room mansion on Austin Terrace, Casa Loma features a stables, potting shed, carriage room, and garage with an automotive exhibit just north of the main building. The buildings are connected by underground tunnel. A self-guided audio tour of all the Casa Loma buildings is included in admission.

The Casa Loma Gardens are spectacular spring through fall, a favorite place to bring a book and enjoy fantastic views of downtown Toronto. The staircase up the steep hill from Dupont is also a favorite for joggers, and archery workshops run on occasion in the carriage house, among other events and activities.