The Mexican War Streets Historical District is a neighborhood on Pittsburgh’s North Side that was first developed at the time of the Mexican-American War of 1848. Originally known as Buena Vista or the Buena Vista Tract, it now consists of 52-acres of land and over 400 buildings. The district is currently bound by North Ave on the south, O’Hern St. on the north, Brighton Rd. and Buena Vista St. on the west and Arch St. on the east. In the early to mid-twentieth century the neighborhood was neglected and fell into a state of disrepair. It has since been restored and revitalized through the efforts of the Pittsburgh History and Landmarks Foundation. It was added to the National Register of Historic Places in 1975 and the district was later expanded in 2008. 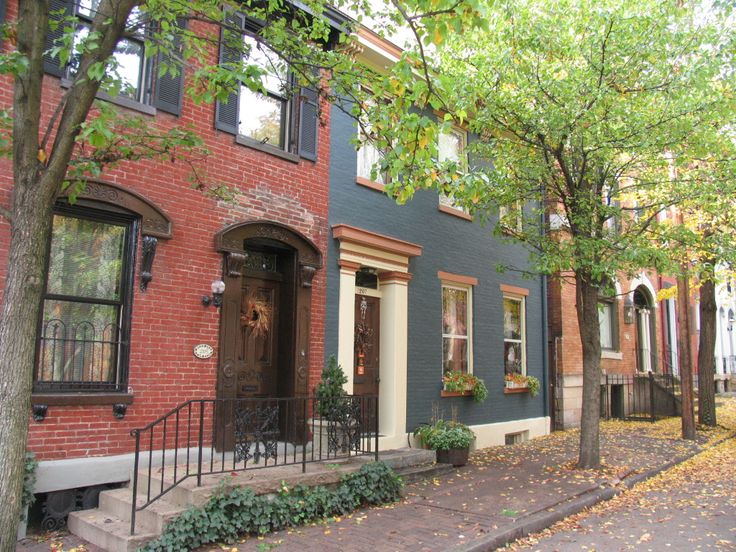 A uniquely decorated business in the district. 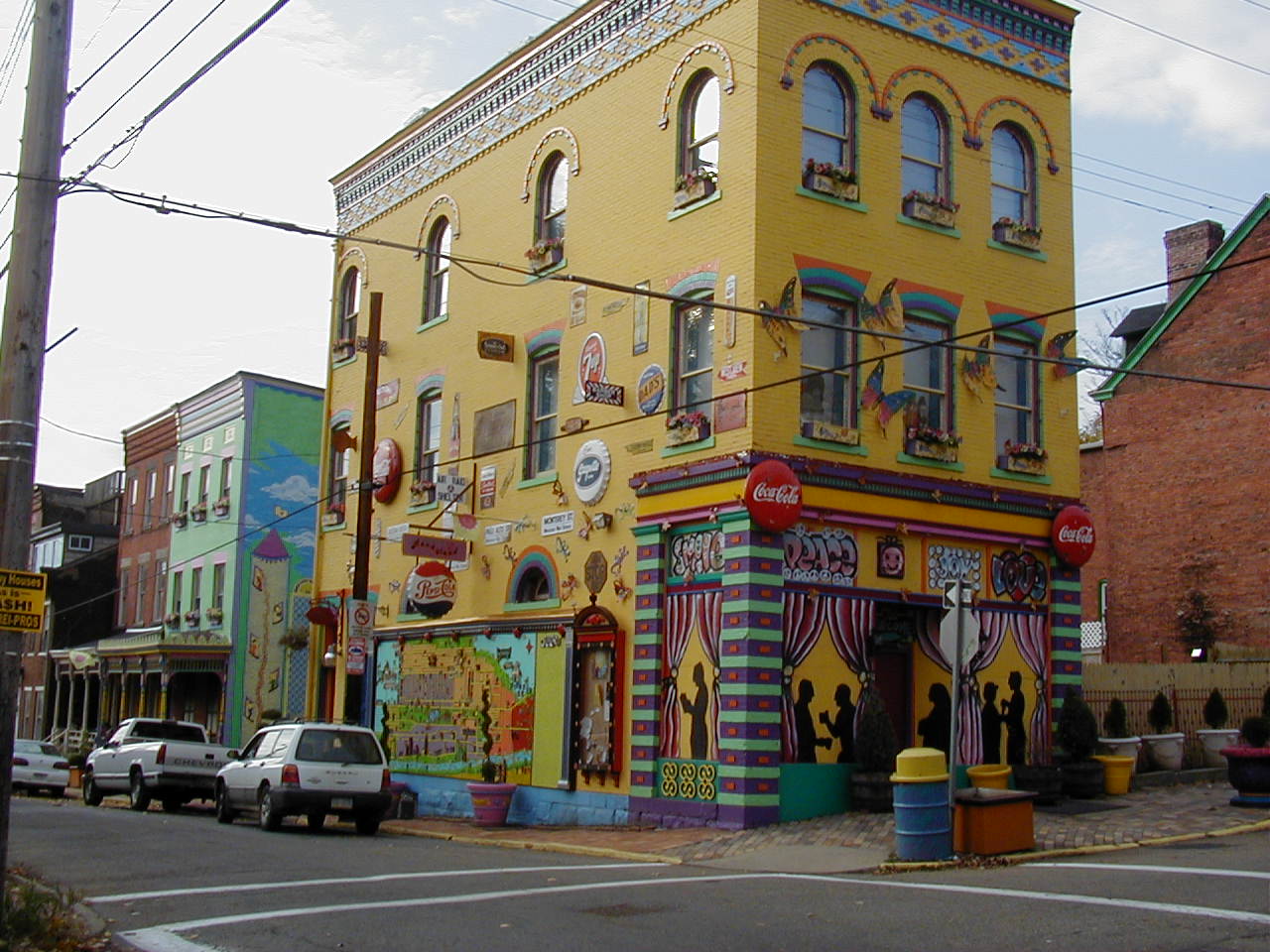 Trees in bloom along a street in the district. 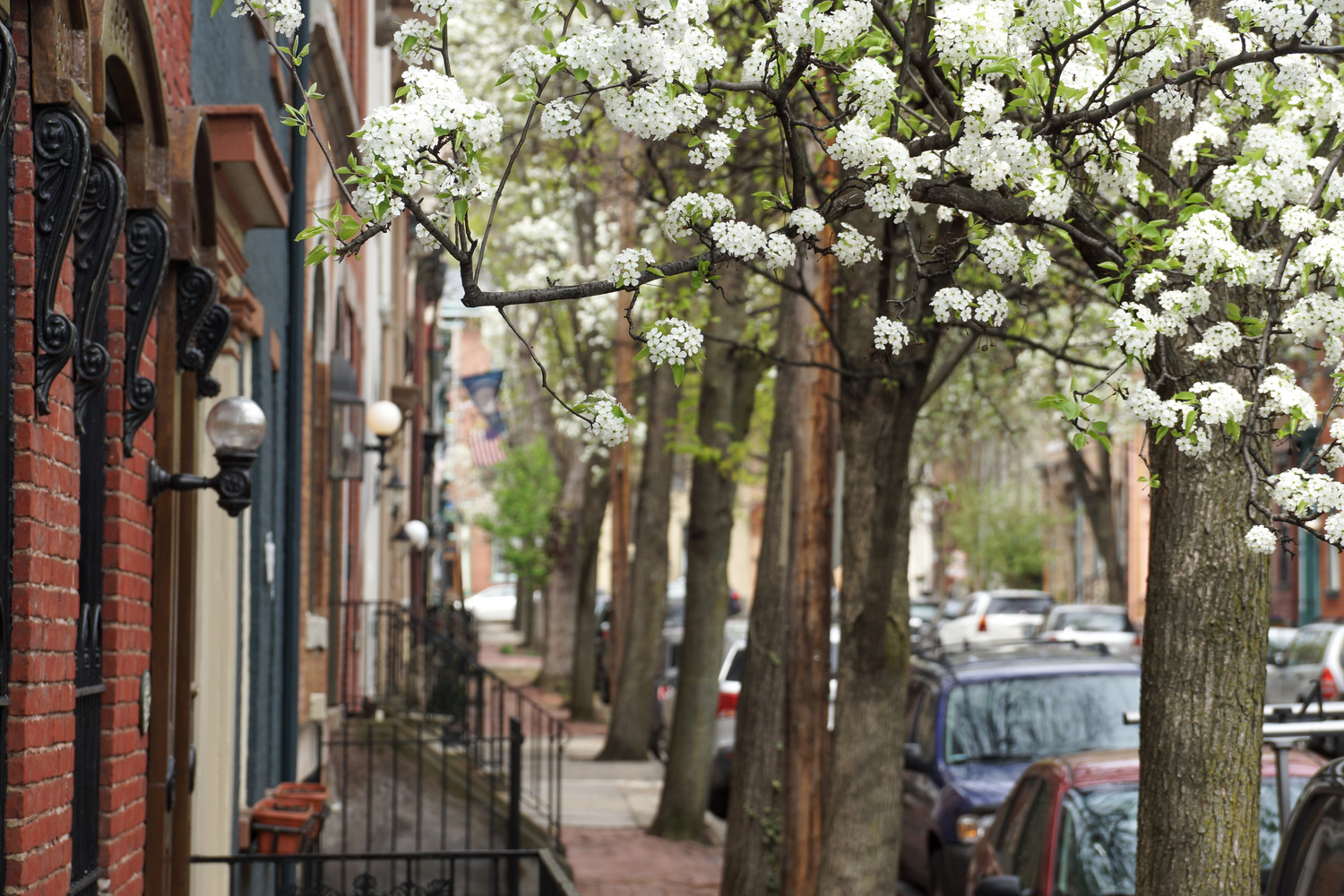 A map showing the district's boundaries. 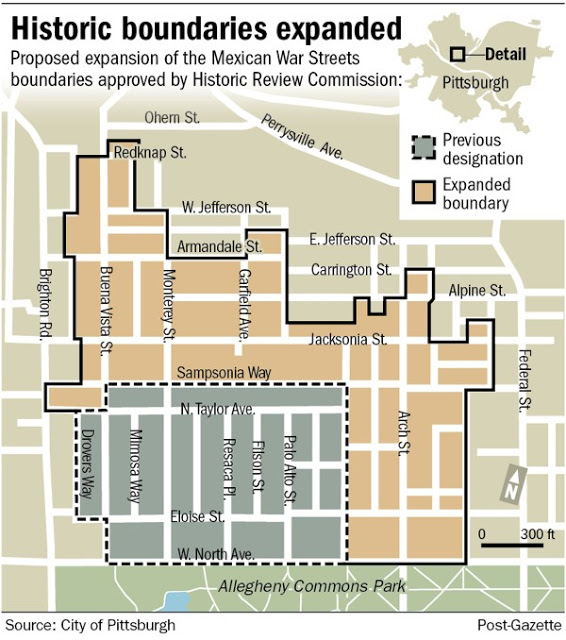 Now, mostly comprised of restored row houses, neighborhood and private gardens and tree-lined streets and alleys, the Mexican War Streets were originally laid out by Alexander Hays between 1848 and 1855.  The land was located in what was the town of Allegheny, just across the Allegheny River from Pittsburgh, and was owned by the man who served as the town’s first mayor, General William Robinson.  It was Robinson who named many of the streets after battles and generals from the Mexican War, such as Palo Alto, Buena Vista, Resaca, Taylor and Sherman.

Because the area built up over a long period of time, the architecture varies from Greek Revival, to Italianate, to Romanesque, but most of the homes were 2-3 bay, 2-4 story residences.  By the 1880s, the population of Allegheny was over 75,000 and most of the Mexican War Streets were built up with residences and shops owned by the areas numerous immigrants.  Many of these shops also served as the owner’s residence and included grocery stores, bakeries, beer gardens, and tobacco and barber shops.

However, by the 1920s and 30s the original inhabitants left the area and it suffered through a long period of neglect.  Finally, in 1966, the Pittsburgh History and Landmarks Foundation stepped in, secured grants, purchased many of the properties and began the long process of restoration.  Their efforts were largely successful as the area is now a thriving, diverse neighborhood that now attracts renters, home owners and tourists to this historic district.