Another ghost on the campus. This one loomed large in folks memories, not only for the many sporting events they attended there, but also its spectacular end. In 1947, Eastern Washington College of Education acquired a government surplus drill hall from Farragut Naval Training Base in Idaho and had it moved to the campus. 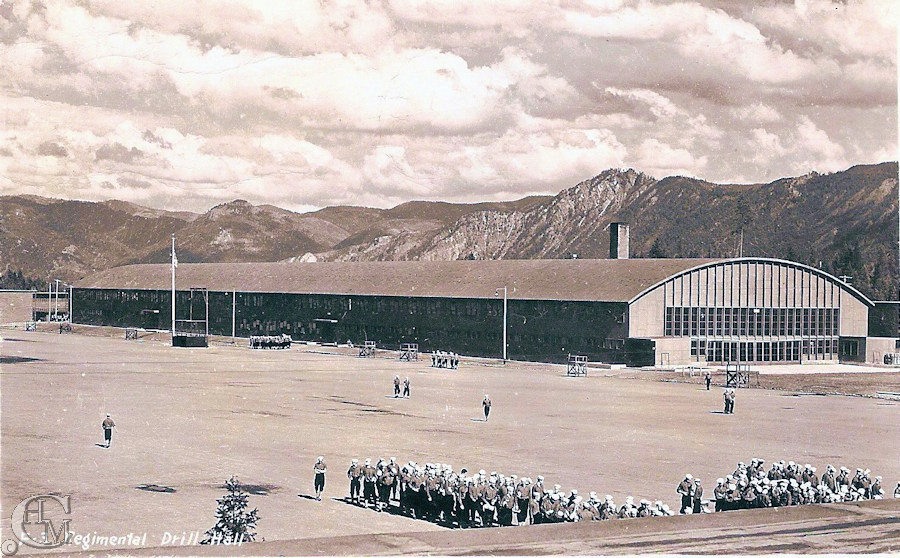 Memorial Field House on the campus of EWCE 1950s. 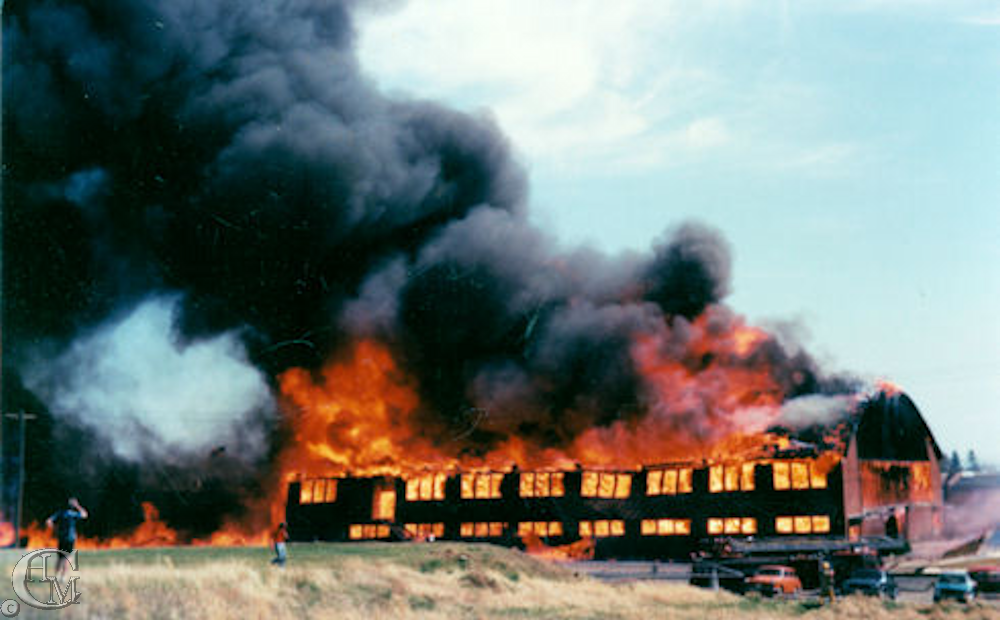 1948 pool at south end of fieldhouse

After World War II, the government had surplus buildings available. One of those was a drill hall at Camp Walgreen at Farragut Naval Training Base north of Coeur d'Alene, Idaho. Some local boys, including Chuck Shepard were stationed at Camp Walgreen for training in the early days of the war.

In April 1947, Eastern Washington College of Education, as it was known then, acquired the building. Gaasland Construction of Bellingham was contracted to disassemble and move it to Cheney. A total of $650,580 was spent on remodeling the structure to suit the needs of the physical education and athletics departments.

The Memorial Field House was dedicated October 30, 1948. The facility included a swimming pool in the south end, a large area for physical education activities, a basketball court, and practice floors, a gymnastics area, as well as a dirt floor track at the north end.

The following September, the Southwest Spokane County Fair was held in the fieldhouse.  Fair president Herman Willms, along with the many granges in the area organized the event, that included a parade through downtown Cheney.

In 1970, student demonstrators set a minor fire in the field house and then marched on Cadet Hall.

April 26, 1977, Cheney's Fieldhouse Comes to a Spectacular End. A welder's torch apparently started the fire which raged for nearly 12 hours yesterday, destroying what remained of the antiquated wood-frame fieldhouse at Eastern Washington State College in Cheney. The four-story structure was being torn down by wreckers and was about ¼ gone when the fire began. Several nearby buildings were damaged by smoke and a dozen firefighters were treated for smoke inhalation. -- Spokesman Review