St. Peter's Catholic Church was built in 1891 and is a fine example of Romanesque Revival architecture, which is characterized by the use of arches. Since 2014, the church has been merged with Blessed Teresa of Calcutta in Dakota Dunes and St. Joseph's in Elk Point. The church is the third one built at this location. Inside, unique and striking features include Corinthian columnns, a mural depicting the Ascension of Christ, and a hand-carved altar. It was added to the National Register of Historic Places in 1989. Another interesting feature of the church is the large "Grasshopper Cross" located in front of the school and convent building next to the church. The third such cross erected here, it commemorates the eleven-mile pilgrimage led by Father Pierre Boucher in May, 1867 seeking divine intervention to end the grasshopper plague occurring that year. The grasshoppers did indeed leave the area. In front of the church is a historical marker describing the history of the parish. 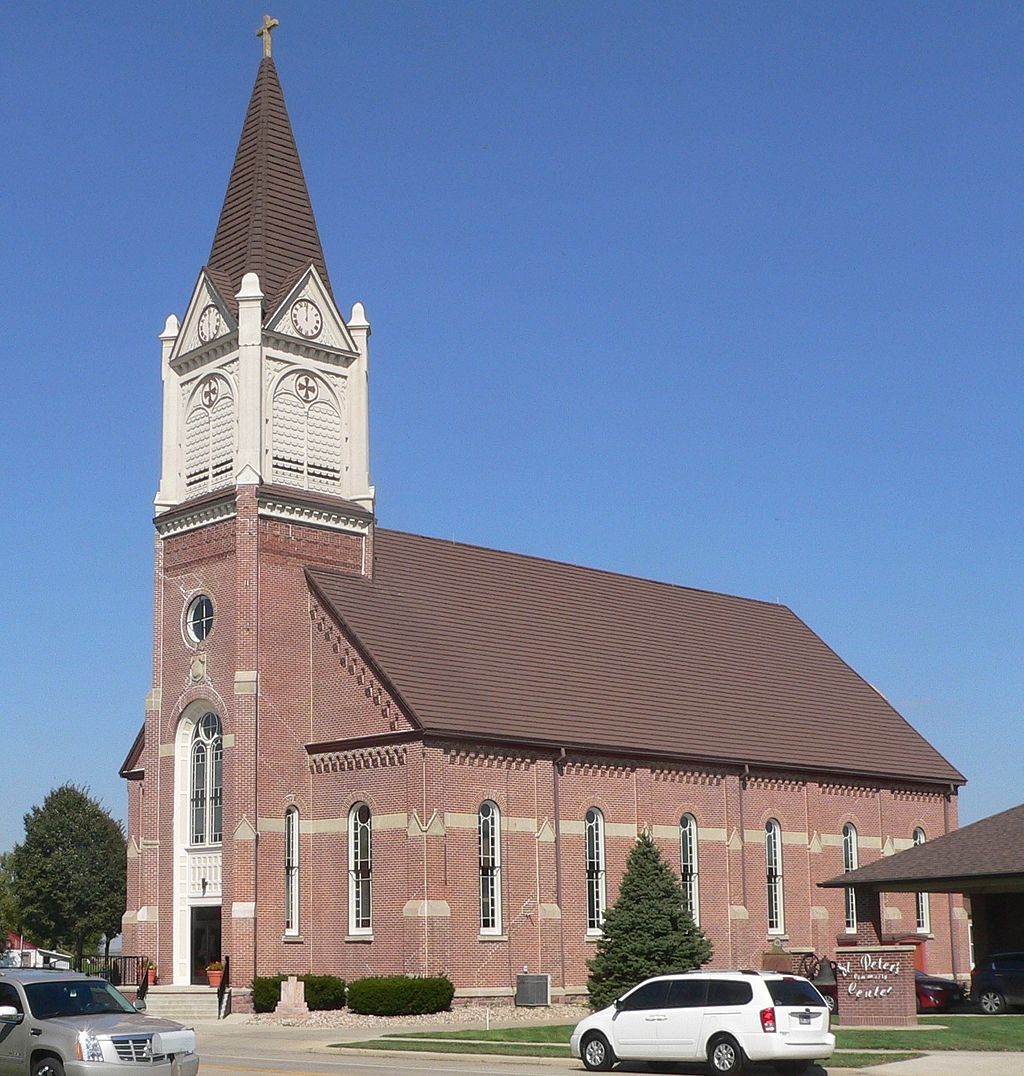 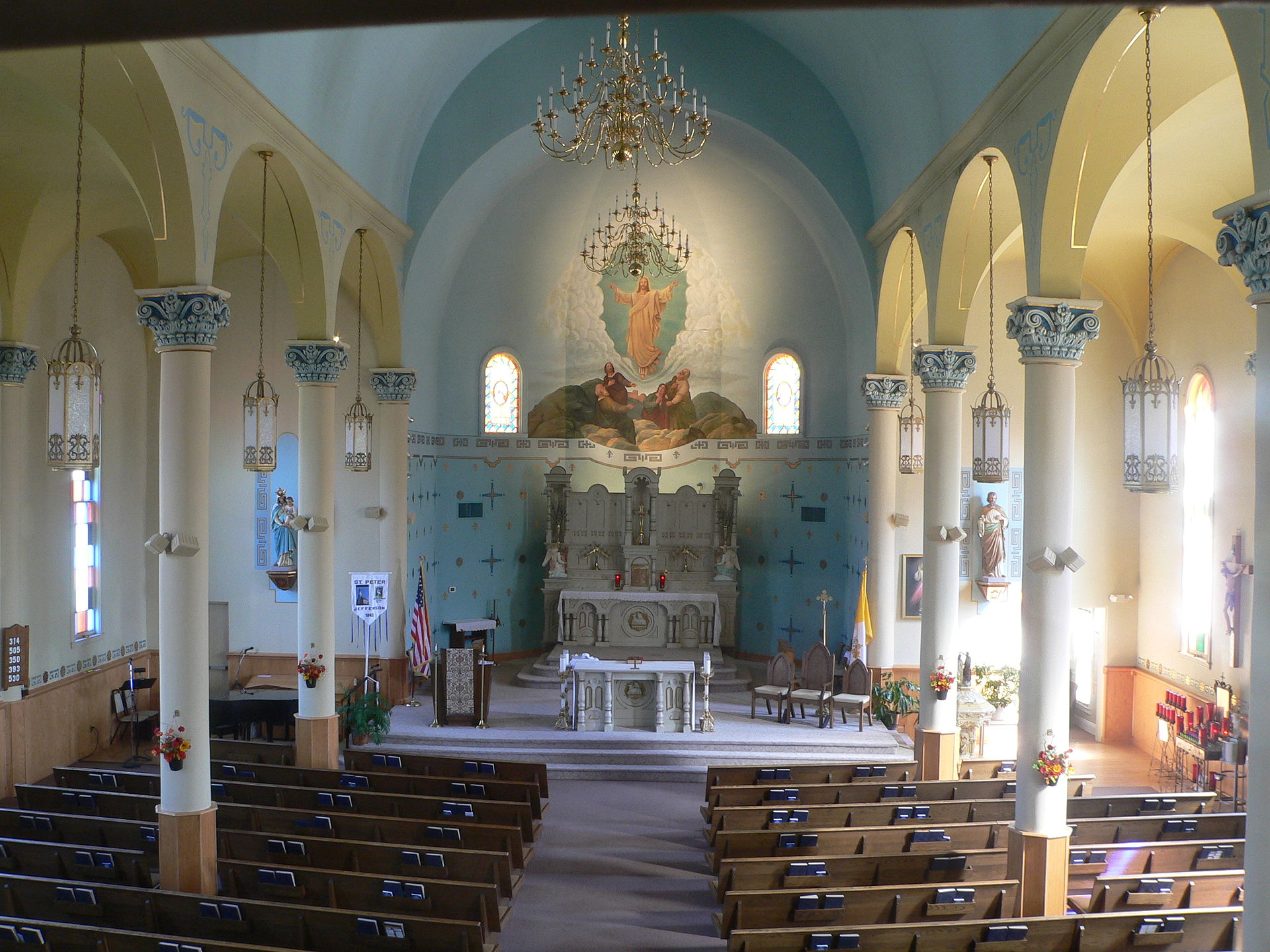 The Upper Missouri was a haven for the fur trade during the 19th century and this is what attracted the French Canadians and others to settle in Jefferson (in 1859) and other nearby communities. Church services were held sporadically until the arrival of Father Pierre Boucher.
The first church was a simple log cabin built (it was also used as a school) around 1862 not long after the town was first settled by French Canadians. The second, larger one made of wood was constructed in 1867 and was used until 1891 when the current one was built.