The Mid America Museum of Aviation and Transportation features an impressive collection of vehicles and aircraft. The museum is located at the Sioux Gateway Airport, which is also called the Colonel "Bud" Day Field (George "Bud" Day [1925-2013] was a native of Sioux City and was one of the country's most decorated service members, having been awarded 70 military decorations, one of which was the Medal of Honor). The museum contains 30,000 square feet of exhibit space featuring vintage cars, military vehicles, antique road equipment, military artifacts and uniforms, and of course many civilian, commercial and military aircraft. Highlights include a 1941 Cadillac used by Harry Truman in an inauguration parade in Omaha and a R4360 engine, the largest radial engine ever used. Scale models and antique toys are also displayed. In 2014, a new United Flight 232 exhibit and garden was created to commemorate the 25th anniversary of the deadly airplane crash that killed over 100 people.

The Mid America Museum of Aviation and Transportation 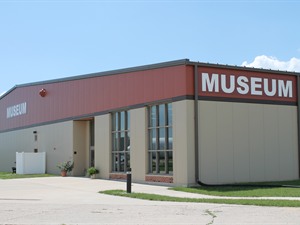 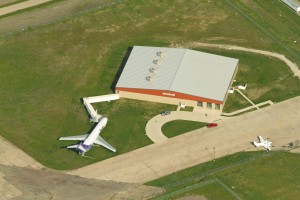 This former FedEx plane is displayed next to the museum 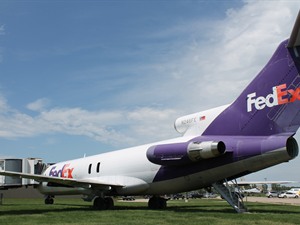 "About the Museum." Mid America Museum of Aviation and Transportation. Accessed December 13, 2016. http://www.midamericaairmuseum.org/about.html.