The Battle of Chester Station took place on May 10, 1864 and was the fourth battle in Major General Benjamin Butler's Bermuda Hundred Campaign. This battle was an attempt to destroy a key Confederate railroad in hopes of cutting off supplies going to their capital. The Southern forces lead two charges both of which failed. The Union army did little damage to the railroad the the battle is considered a draw. 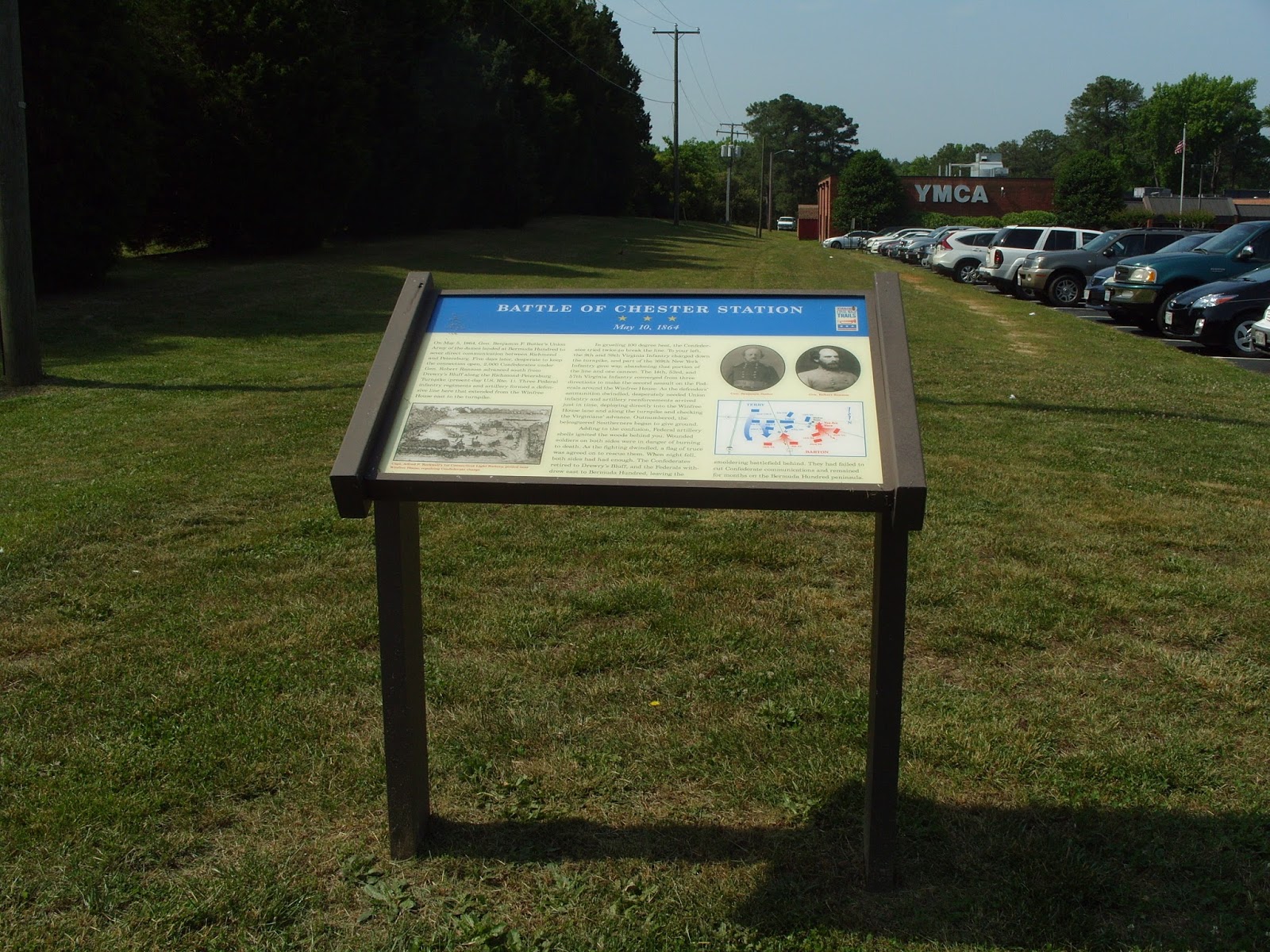 After a few skirmishes the day before, General Beauregard led an attack on the Union army at Chesterfield Station on May 10, 1864. The Union forces, led by Major General Benjamin Butler had just received reinforcements and now had 1,400 more men then Beauregard.1

The Northern army had divided into two wings; the left wing followed the Richmond & Petersburg railroad and had stared tearing up the track when they were called to meet back up with the right wing to help defend against the Confederates. As the Southern forces got closer Col. C. J. Dobbs gave the command to fire. After two volleys the Southern line was broken and confused which caused them to retreat in order to regain formation. As they reformed their line the left wing of the Union army arrived and helped push the Confederates back into the cover of the woods. After reinforcements arrived for the Confederate forces they made another push but they were met with “a murderous fire from both artillery and infantry.” After failing to rally their troops the Confederate Generals called for a retreat.2

The Union army reports their loss as 280 soldiers killed, wounded, and missing. It was estimated that the Southern army had suffered twice the number of casualties, but they only lost 249 men. 50 Southern soldiers had been taken captive by the Union army. While some of the railroad was destroyed neither side gained or lost and significant amount of ground making the outcome a draw.3