The oldest church in Columbus is Holy Cross Catholic Church. It first started in 1833 as a mission of the Dominicans of Somerset, Ohio. Construction began on a building in 1837. It started with a few German Catholic families and later saw a surge of immigrants from both Germany and Ireland after 1848. Much later it was popular with the growing Spanish population in Columbus. The first church began as Saint Remingius. Over the years the small building couldn’t accommodate the growing number of parishioners. Construction began on the present church in 1844. It was renamed Holy Cross.

Holy Cross Catholic Church is the oldest church in Columbus. 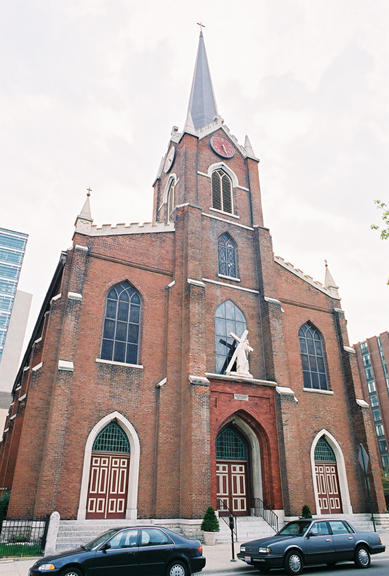 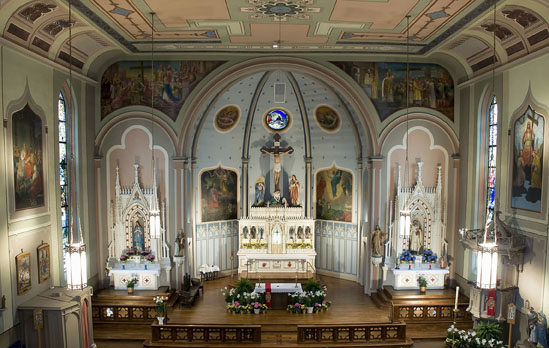 The present building was officially dedicated on Jan. 19, 1848. The building features 800,000 bricks. A fire caused major damage in 1877. As repairs were made, spaces were enlarged and rooms were added. Zettler Studioes of Germany designed and installed stained glass windows after World War I.

The building has also had repairs and improvements over time. In the early 2000s, the brick exterior got improvements. Other upgrades included a new roof, new sound system, new heating and cooling system, restoration of the stained glass windows, new asphalt parking lot, a prayer garden and a new hardwood floor.