Walter Douglas was one of the most powerful men in Arizona in the early-mid 20th century. His father was the developer of the local Copper Queen mine and he, Walter, was an engineer-turned-General Manager of the mine of the Phelps-Dodge Corporation. He and his family owned newspapers, railroads, and banks in addition to mines. He is said to have played a behind-the scenes role in deporting hundreds of striking miners away from the area in 1917. This home, built by the architectural firm, Trost and Trost, in 1907. Walter Douglas never stayed in the home; but many family members did throughout the years. It is now privately owned. 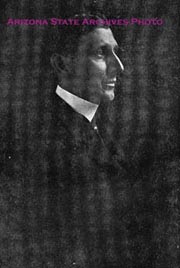 The Walter Douglas House as it looks today 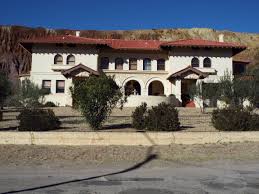 Walter Douglas was born in 1870 in Quebec, Canada. In 1913 he became a naturalized citizen and was educated at the Columbia University of Mines. His father, Dr. James Douglas, was the developer of the Copper Queen mine at the time. Soon after his graduation at Columbia, Walter joined his father in Bisbee as an engineer in 1890. In 1901 he then became the General Manager of the Copper Queen mine. In 1917 he was the president of the Phelps-Dodge Corporation in Bisbee, making him one of the most powerful men in Arizona.

The Douglas family owned additional mines, along with newspapers, railroads, and banks. As Progressivism and unions came to Arizona and his miners joined in these two causes, Douglas, and others, went on a type of counteroffensive in 1915 to stem, if not wholly stop, the tide of these two causes. In 1917, there was a large strike by miners in Bisbee and the southeastern Arizona region, that included many people within mine management. The strike was shut down when cattle cars and armed men sent the miners to New Mexico, an event known as the 1917 Bisbee Deportation. Named as the the behind-the-scenes guy for the "deportation," Douglas was indicted with 224 others with charges of conspiracy and kidnapping, but the charges were dropped.

Retiring in 1930 due to poor health, Douglas traveled between homes in Phoenix and New York state. He died in 1946.

This home was constructed in 1907 for Walter Douglas by the architectural firm, Trost and Trost. Situated on a low hill on the northern end of the township of Warren, this large, three story house overlooks Warren to the south. Distant views extending to Mexico are framed in many of the south facing windows.

The rooms of the house are large and airy, most with good natural light. Many of the windows are carefully crafted, leaded patterns, some matching the woodwork of the room. This is very typical of arts and crafts houses of the period with matched window and paneling designs such as the Gamble House by Green and Green in Pasadena, California.

The broad veranda, the spacious entry, the scale of the rooms and halls and the second floor bedroom arrangements with the adjacent outdoor sleeping porches and solar rooms are also typical of the large scale western American Arts and Crafts houses of the period. However, unlike many houses of the day, natural lighting is excellent. From the front entry foyer one can look through layered spaces all the way through to the library to the east and to the dining room to the west. While each room is discreet, often separable from adjoining rooms by large pocket doors; there is a feeling of openness.

The exterior is Mission Revival style, stucco on concrete, with Sullivanesque cast plaster details on the spandrels of the front arches and the pediment of the port cochere. Flattened circular windows arranged horizontally under the broad eaves are also a signature detail of the Trosts. The low pitched roofs appear to be of mission tile but closer inspection through the porthole windows in the attic reveal a roof made of tin, cleverly crafted to imitate mission tile.

The siting of this residence was a very significant part of the overall Warren "City Beautiful" Plan where residences of leading citizens were to occupy prominent positions in the planned town. Their homes were to line the two Vistas facing each other to the south with the Douglas home capping the six block long parkway separating the two Vistas. The Douglas home was the first to be built and would remain the most imposing home, corresponding to Walter Douglas's position as General Manager of the Phelps Dodge Corporation's mines.

The house has served many roles through the years. For the first 35 years it was both a meeting place for International and National business leaders and an executive family mansion, another time it was carved into apartments, briefly it was a lodge, eventually it was restored. Amazingly, through its many lives, it continues to boldly communicate the spirit, design, and original detailing of the original designers.

Walter Douglas never lived in this home, but many family members did. Currently is it privately owned.