Spirit Mound holds significance as one of the few remaining locations in the Upper Missouri River area where members of the Lewis and Clark expedition—including both leaders—are known to have visited. Most of the locations the expedition visited are under water in Lewis and Clark Lake. Lewis and Clark heard about the mound from a band of Sioux Indians, who said it was a place where "little devils" with big heads lived. Upon arrival, the explorers only found animals and insects, but the view was very nice. No archaeological evidence has been found on the mound. There is an ongoing project to restore the mound to its natural prairie setting. Settlers began to arrive in the area in the late 1860s and the mound was part of cattle grazing and farmland. It wasn't until 1986 that a group formed to protect the mound. However it took until 2001 for the state to purchase the property and thereby designating it as a state park. There is a path that leads to the top of the mound. Visitors can park in a small lot on the southeast corner of the park.

Spirit Mound is in the distance on the right 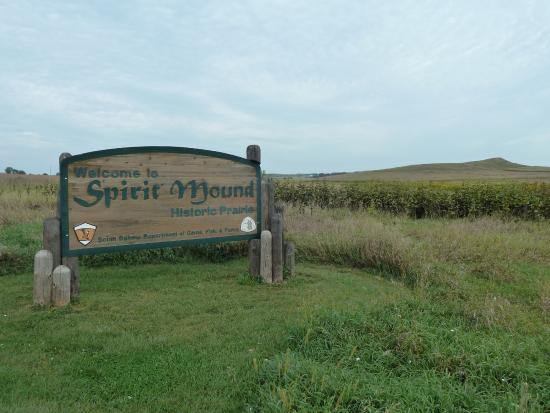 A closer view of the mound 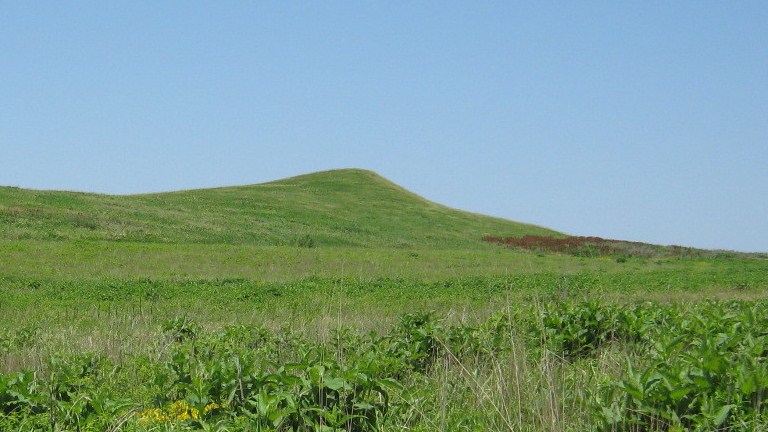