People come from all over to visit the Watauga County Mast General Stores. One of these is a store in downtown Boone commonly known as the Old Boone Mercantile. The exterior of this location suggests there are two buildings. This is an accurate assessment given that they were built in separate years, and they each have their own, though shared, pasts. However, since the completion of the left side of the building (the side with red brick) in 1913, they have played a vital role in the community regardless of whether they functioned as a bank, a radio station, or numerous department stores including the widely popular Mast General Store. 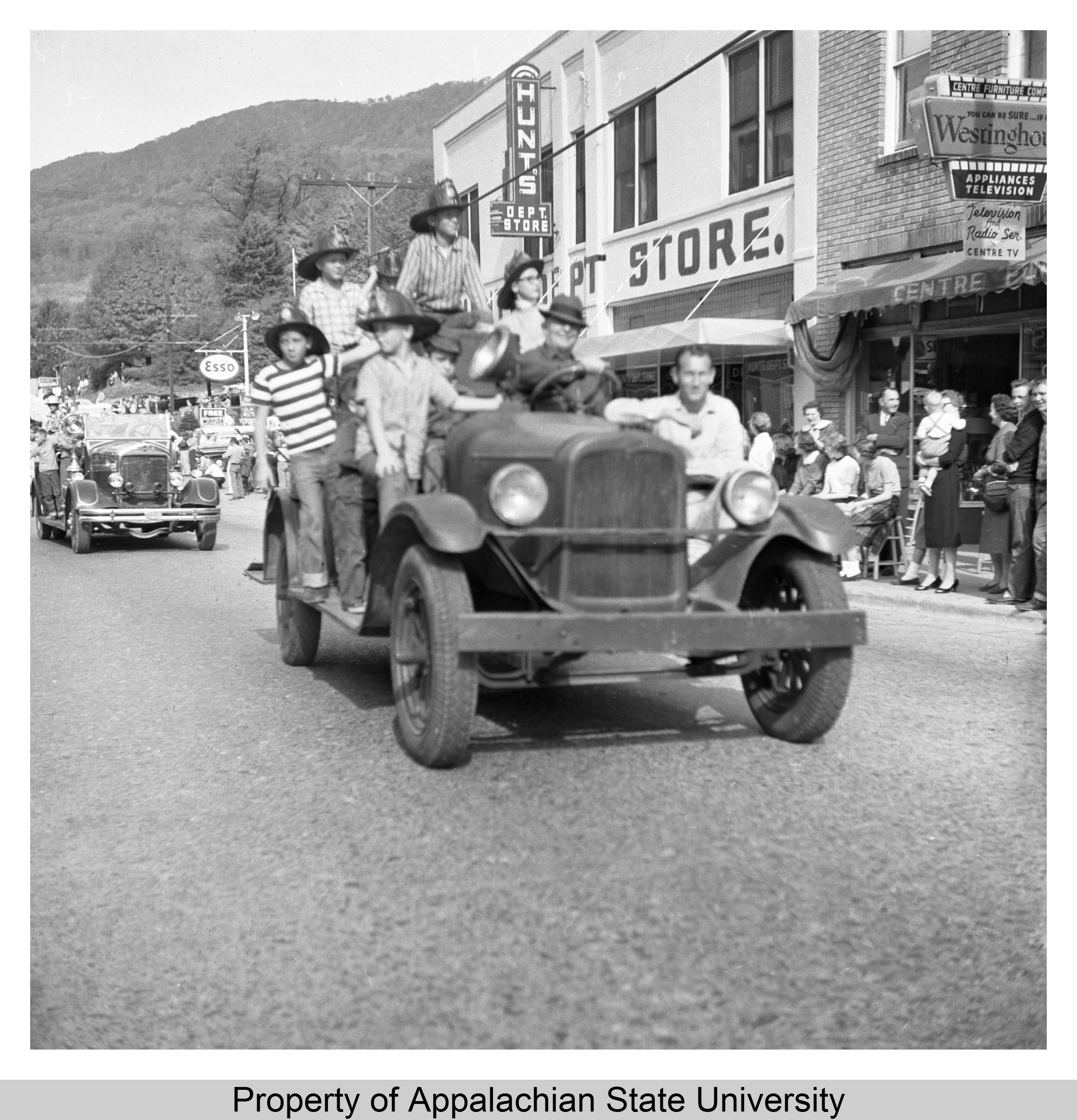 The older side of the building, the side covered in red brick, was built in 1913 and opened as the People’s Bank.[1] This was a vital part of the community as there was only one other bank in Boone at the time. Even still, by the 1930s, like other banks across the nation, this one struggled, too. By the mid-1930s, the People’s Bank reached its final days and closed its doors.[2]

The left side of the building took on a form more familiar to today’s visitors at this time. First, the Belk-White Department Store moved into the building.[3] This was followed by Hunt’s Department Store, a local business owned by Guy Hunt, in 1940.[4] The Hunt’s sign seen in the image is iconic in that the style remains in the Mast Store sign to this day. The store was a thriving and central part of the community of the Town of Boone. Yet, by the mid-1980s, Mr. and Mrs. Hunt were looking to retire.[5] Their retirement perfectly coincided with the flourishing Valle Crucis business known as the Mast General Store.[6] Thus, the Hunt’s Department Store building was sold, Mr. and Mrs. Hunt retired, and Mast General Store expanded into Boone.[7]

The right side of the building, the side covered in yellow brick, has a more varied history than its neighbor. It was built in 1917, though some sources say 1930, and first opened its doors as the Boone Drug Company.[8] Over the years, this building also housed a dime store, a beauty parlor, a radio station, a motor parts and supply store, and a restaurant before becoming a part of Hunt’s Department Store in 1950.[9] From that point to the present, though these are two buildings, they have functioned as one.

Much has changed over the years, though some things have stayed the same. For example, at one point in time, the façade was stuccoed; however, the stucco was removed sometime after 1988.[10] Alternatively, some things have remained constant, such as the original oak staircase, metal ceilings, and hardwood floors on the interior of the building.[11] Yet, without a doubt, through the change and the constancy, these two buildings, apart and together, are a place around which community life has centered regardless of which business they did or continue to house.