Located just past the South Dakota-Minnesota border at the Valley Springs Information Center, this historical marker gives an overview of Minnehaha County's history. It first describes the Native Americans who have inhabited the area; the first were the Woodland and Oneota peoples who appeared about 1,000 years ago. Eventually the Sioux arrived around 1700. The marker then discusses the how the county, which was part of much larger territories, changed hands from the French, Spanish and eventually the United States (as part of the enormous Louisiana Purchase of 1803). The county was then part of eight territories before finally becoming a county in 1862. The marker also describes how the Late Wisconsin Glacier formed the county's topography, and the it talks about the Big Sioux River falls, which features pre-cambrian era pink quartzite rock that was formed over one billion years ago. 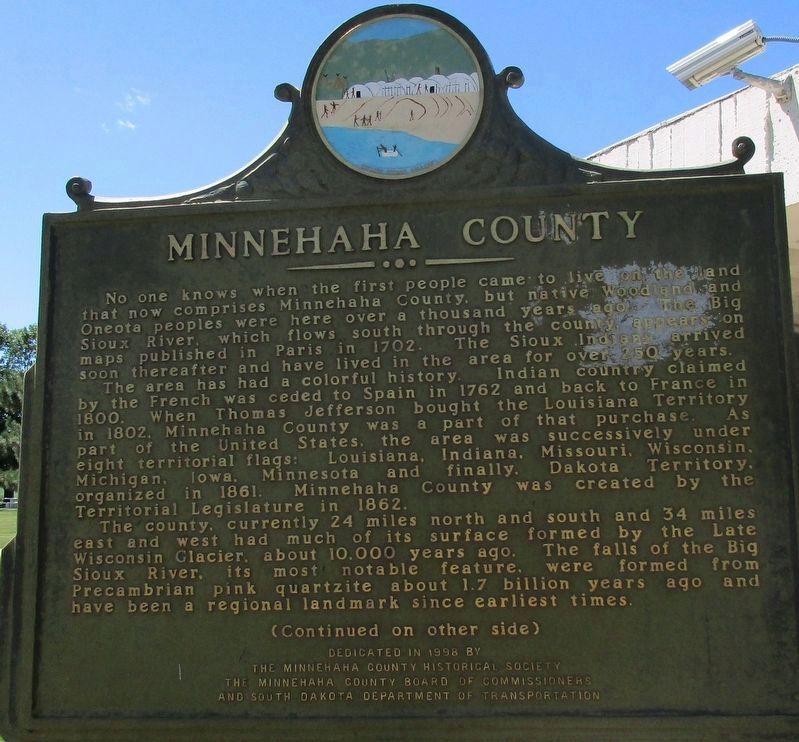 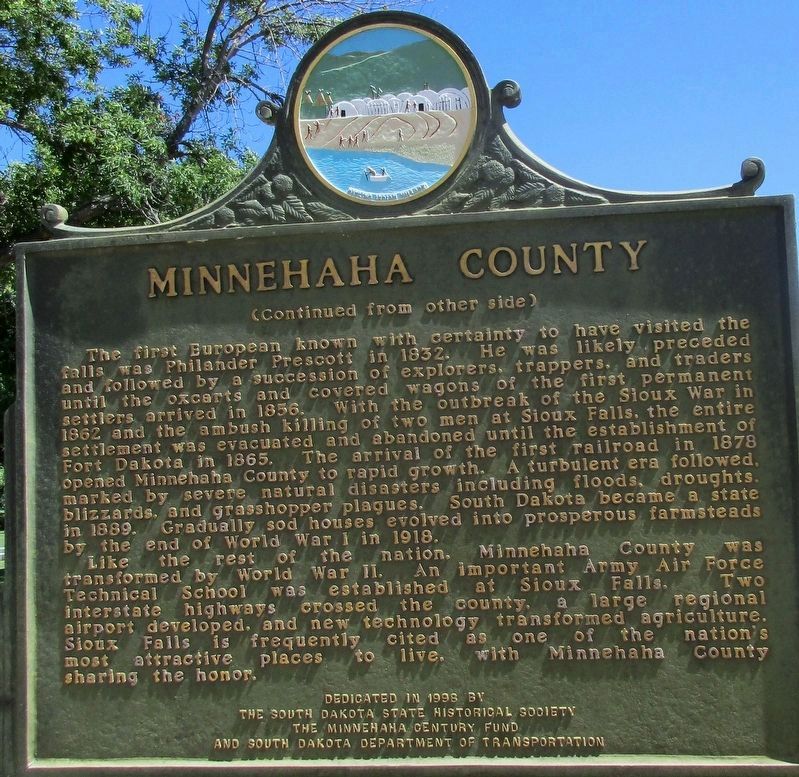 The marker is just in front of the information center 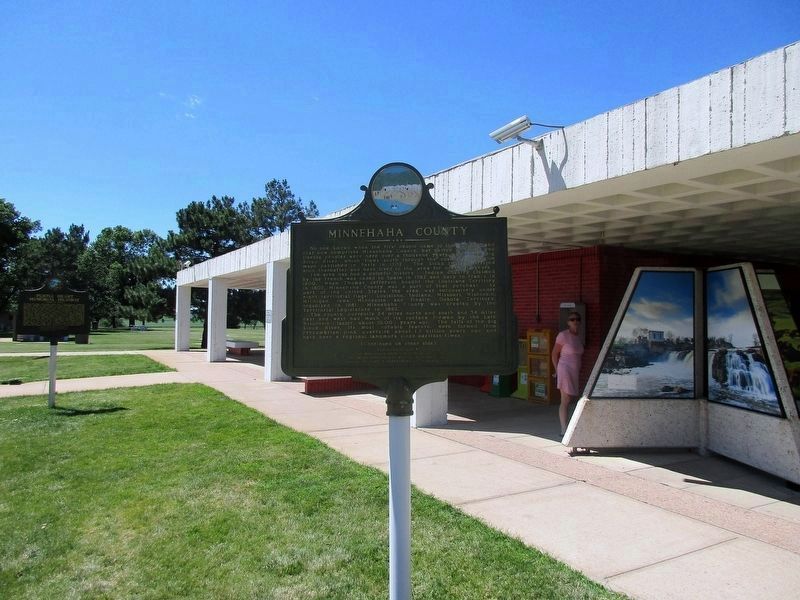