Built in 1894, the Dell Rapids Water Tower is one of only a few structures of its type remaining in South Dakota. It stands at 45 feet tall and was built with Sioux quartzite stone, a purple-pink colored rock quarried from a vein that stretches from South Dakota in Minnesota. The stone was chosen for its durability. The city decided to build the tower after a fire destroyed the south side of town in 1888. The new water system featured 25 fire hydrants, 3 miles of water mains, and the water pressure was 60 pounds per second. The tower operated until l1960 when the new, adjacent one was built. It was added to the National Register of Historic Places in 1984. 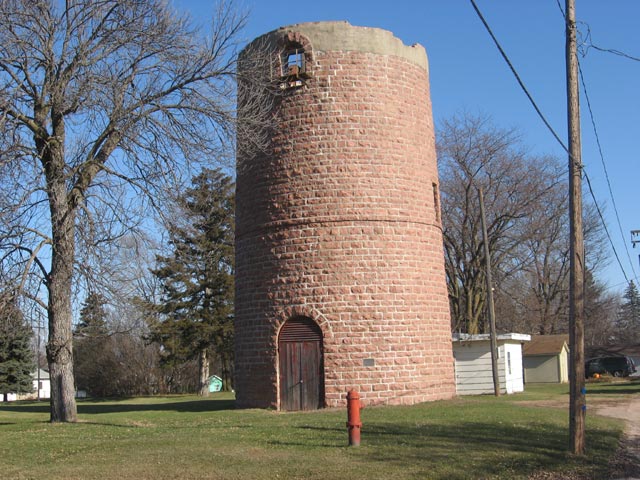