This historic home was built by Joseph and Carmelita Muheim beginning in 1898. The first four rooms were completed in 1900 and as the family grew, six more rooms were added. The house was completed in 1915 and is listed on the National Register of Historic Places owing to the role of this family in the history of Bisbee and the architectural significance of the home which has been restored to match both its original appearance and turn-of-the-century elegance. 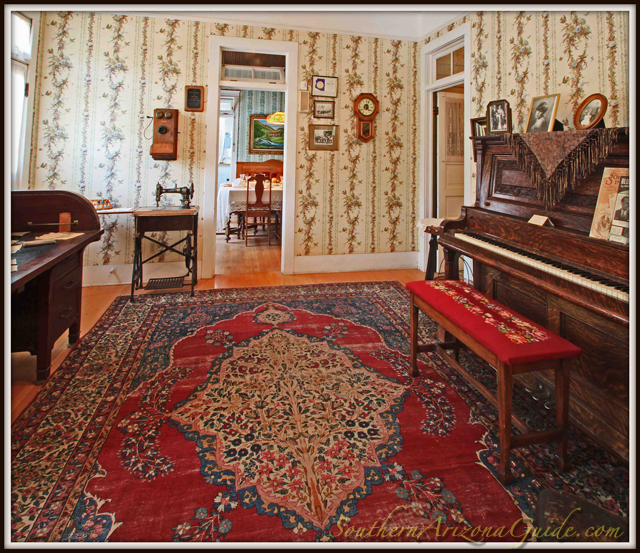 Visitors to the house can enjoy a guided tour through the restored interior with many period furnishings and panoramic view of the surrounding mountains and hillside homes on Brewery Gulch. The house is available for special events.

Muheim emigrated to the United States from Switzerland in 1883 and began his career in Arizona by brewing beer for area miners for several years. He used profits from this operation to acquire real estate and erected the Muheim Block on Brewery Gulch. This building housed the Brewery Bar as well as a local stock exchange and the Edelweis Restaurant. Later he and several prominent Bisbee businessman founded the Miners & Merchants Bank on Main Street.

The Muheim Heritage House served as the family residence until 1975 when it was donated to the City of Bisbee. The house was restored by the Bisbee Council on the Arts & Humanities and opened as a museum in 1980.